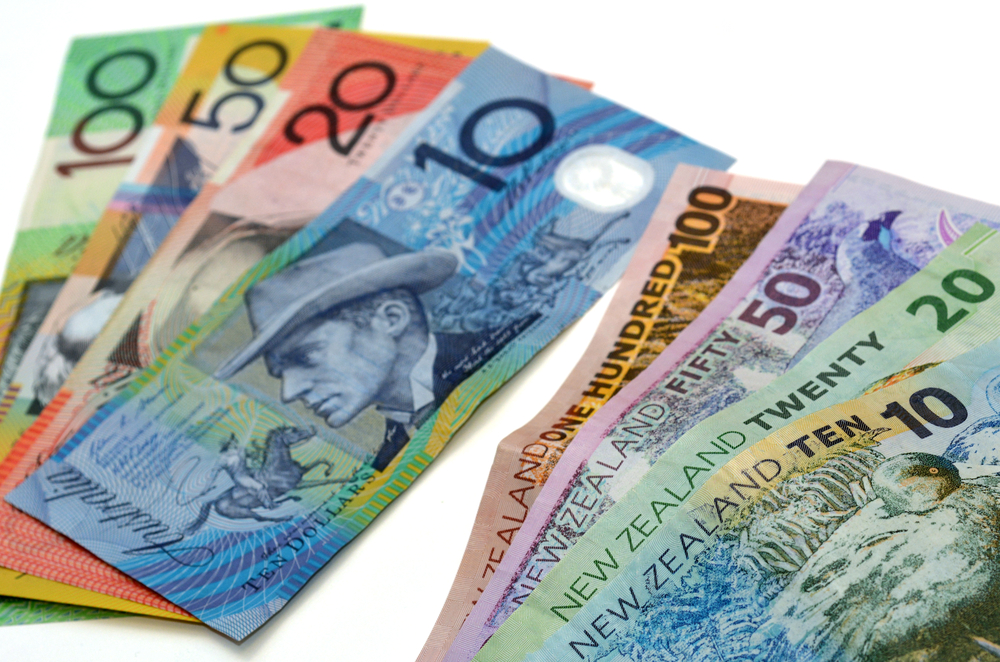 Technically, according to the overall trend, a decisive downside bias has been in play since topping at $1.2350 at the beginning of January (2021) on the weekly timeframe. This is reinforced by a weekly trendline support breach, drawn from the low $1.0636, and the break of the $1.1602 November 2020 low (circled). Lower on the curve, the daily timeframe witnessed a trendline resistance breach (taken from the high $1.2254) in early February, movement conflicting with the weekly timeframe’s position. However, until the $1.1483 14th January peak (marked key WATCH) is cleared on the daily, it’s difficult for traders to be bullish this market, medium term.

In terms of Wednesday, Europe’s single currency concluded marginally higher against its US counterpart heading into the London close. The early-week rebound from the daily timeframe’s trendline resistance-turned support mentioned above (and the RSI recoiling from the 50.00 centreline), as well as H1 and H4 prime support areas at $1.1264-1.1294 and $1.1262-1.1304, has underpinned the currency pair so far this week. Interestingly, the daily chart exhibits scope to revisit the $1.1483 14th January high underlined above, together with H4 action eyeballing Quasimodo resistance from $1.1448.

The aforementioned chart studies suggest additional short-term upside is in the offing. This implies price action on the H1 timeframe may voyage north of support at $1.3650 and take on H1 supply from $1.1407-1.1386 along with $1.14. Traders considering long positions in this market, nonetheless, are likely to exercise a cautious stance and seek confirmation by way of a H1 close above $1.14 before looking to pursue H4 Quasimodo resistance at $1.1448. This is due to the current trend on the weekly timeframe and weekly price recently retesting the lower side of resistance at $1.1473-1.1583.

Trend studies on AUD/USD are interesting. Longer term—the monthly timeframe—has portrayed a downtrend since August 2011, suggesting the 12.6 percent correction from mid-Feb tops at $0.8007 (2021) on the weekly timeframe might be the start of a bearish phase and not a correction from the 2021 advance from pandemic lows of $0.5506. The downside bias is supported on the daily timeframe. Price remains comfortable under its 200-day simple moving average, currently flirting with $0.7353. Structurally, technicians may also acknowledge Quasimodo resistance resides at $0.7278, shadowed closely by two trendline resistances, drawn from highs of $0.8007 and $0.7891.

Regarding Wednesday’s session, the currency pair wrapped up London’s session on the front foot, eking out a second successive daily gain.

Structurally, weekly prime support remains in the fight at $0.6968-0.7242, though has struggled to ignite much bullish interest since late November 2017. Further buying is supported on the daily timeframe, nevertheless, until shaking hands with the noted Quasimodo resistance and trendline resistances.

H1 prime resistance at $0.7215-0.7182 could draw a short-term bearish phase, possibly garnering impetus from the downside bias on the bigger picture (see above). At the same time, though, price resides within weekly prime support mentioned above at $0.6968-0.7242 and the daily chart shows some elbowroom to strike $0.7280ish. Therefore, $0.72 (H1) is key. Decisive movement north of the psychological figure informs traders we could be headed for H1 Quasimodo resistance from $0.7257, while a rejection may take aim at H1 prime support from $0.7141-0.7152.

The trend in this market favours buyers at the moment. The currency pair has been stepping higher since early 2021, clearly visible on the weekly timeframe. In line with this, the overall longer-term trend has also been climbing since 2012. The 21.5 percent correction from June 2015 to June 2016 provided a dip-buying opportunity, as did the subsequent 14.8 percent correction from December 2016 to pandemic lows formed early March 2020.

Weekly channel support and daily demand from ¥112.66-112.07, therefore, deliver a possible dip-buying area to watch over the coming weeks. Upside objectives to be mindful of are the weekly timeframe’s 1.272% Fibonacci projection at ¥116.09 and the daily timeframe’s Quasimodo resistance from ¥116.33, as well as the double-bottom pattern’s (¥113.48) profit objective at ¥116.63. Also of technical relevance is the relative strength index (RSI) on the daily chart, recently recoiling from support between 40.00 and 50.00 (a ‘temporary’ oversold range since 10th May—common view in trending markets). This suggests positive momentum until overbought levels are tested.

From the H4 timeframe, this week has seen the currency pair discover a floor around a 38.2% Fibonacci retracement at ¥115.25, a level derived from legs A-D of an AB=CD structure (black arrows) that converged with daily Quasimodo resistance underlined above at ¥116.33. Technicians will acknowledge H4 trendline support resides nearby, drawn from the low ¥113.47. Main areas of interest on the H1 timeframe, on the other hand, remain at ¥116 and prime support from ¥114.90-115.01 (joined by ¥115 and a 61.8% Fibonacci retracement at ¥114.98 [green line]).

The overall trend in this market favours buyers at the moment. Weekly channel support and daily demand from ¥112.66-112.07 are likely watched higher up on the curve. Short-term chart studies, however, remain fixed on H1 prime support on the H1 at ¥114.90-115.01, given it aligns reasonably close with H4 trendline support. If the unit pushes through the prime zone, technical eyes may zero in on H1 support from ¥114.42, which dovetails closely with the H4 timeframe’s 61.8% Fibonacci retracement at ¥114.57 (considered by many to be a second profit objective from the H4 AB=CD pattern’s A-D legs).

Longer-term trend direction has been southbound since late 2007 tops at $2.1161. As a result, the move from pandemic lows in March 2020 could be viewed as a pullback within the larger downtrend. This places a question mark on the 7.5 percent ‘correction’ from February 2021 to December 2021; it may in fact be the beginning of a longer-term push to the downside and not a dip-buying scenario.

Daily resistance has taken the spotlight in recent days at $1.3602, organised under the 200-day simple moving average, circling $1.3690. Weakness from here shines light on support at $1.3355, with follow-through downside perhaps throwing Quasimodo support into the mix at $1.3119. Of note, the aforementioned support shares chart space with the weekly timeframe’s double-top pattern’s profit objective at $1.3090.

With UK’s pound sterling settling higher against the US dollar on Wednesday, H1 price is seen nibbling at the lower side of $1.36. A turn south could be seen from here, having noted daily resistance merging closely at $1.3602. Alternatively, running above $1.36 might have the unit target H4 resistance at $1.3622-1.3646.