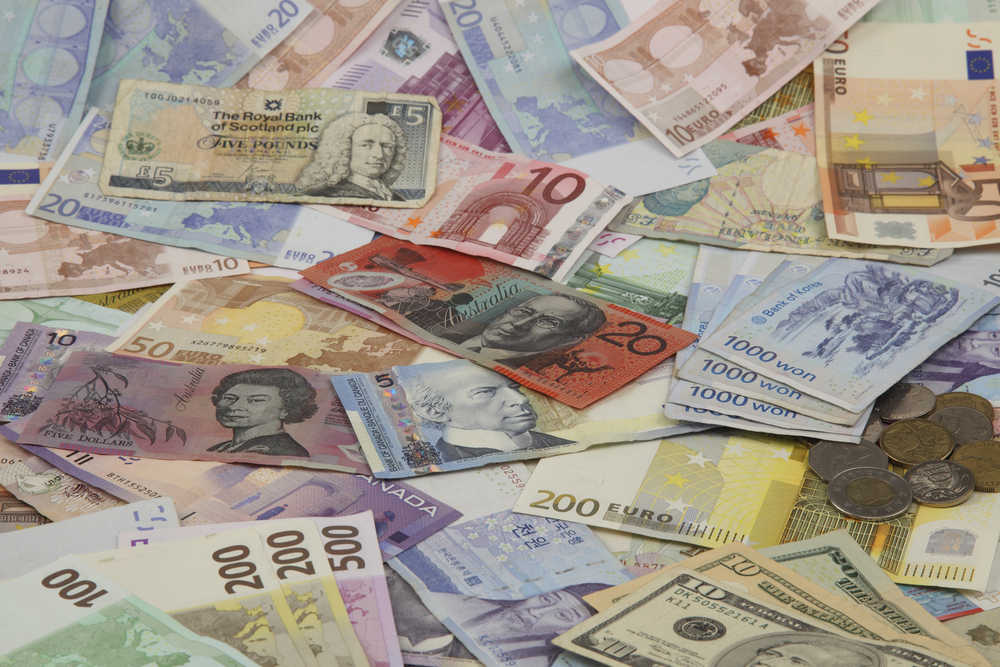 The China-inspired losses saw the MSCI Asia Pacific Index fall to new lows for the year today, though Hong Kong’s Hang Seng posted a 1.3% gain. Europe’s Dow Jones Stoxx 600 is posting the first gain of the week, led by information technology, real estate, and consumer discretionary. Despite strong bank earnings, financials are matching the market, not outperforming it. US futures are oscillating around little changed levels.

The US 10-year benchmark yield is firm at 1.25%, while European yields are mostly slightly softer but sufficient to take German, French, Dutch, and Greek yields to new 3-4 month lows. The Antipodean currencies and yen are the heaviest against the US dollar, with the Canadian dollar the only major currency gaining on the greenback through the European morning. Emerging market currencies are mixed, leaving the JP Morgan EM FX index little changed.

The Chinese yuan gained for the first time in five sessions. API estimated a 4.7 mln barrel drop in US oil stocks and a large (6.2 mln barrel) drawdown in gasoline inventories, which, if confirmed, would be the largest since March. September WTI is around 1% higher today. Gold continues to move broadly sideways and is straddling the $1800-level today.

Iron ore and steel rebar futures fell in Shanghai, while copper is recovering from yesterday’s decline, which snapped a five-day advance. September lumber dropped 6.7% yesterday to bring this week’s decline to about 8.3% after jumping 18% last week on Canada’s wildfires. The CRB Index fell 0.6% yesterday to end is five-day, 6.8% advance.

Investors are continuing to try to make sense of Beijing’s aggressive moves that appear to be a broad offensive that can only result in a slowing if not reversing of past efforts to integrate into global capital markets. The ultimate goal is not clear. Beijing had appeared to be willing to use the capital inflows to ease restrictions on capital outflows. Some even speculated that this would gradually allow the yuan to be convertible.

Although we disagreed, many observers see that introducing the digital yuan as early as next year’s Olympics would challenge the US dollar’s role. The recent actions appear to deal a blow to such speculation. Lastly, there is some thought that the PBOC could ease policy again (following the recent cut in reserve requirements) to lend support to the stock market, if needed.

Australia’s Q2 CPI came in slightly above forecasts with a 0.8% rise after 0.6% in Q1. The year-over-year pace jumped to 3.8% from 1.1%. The underlying measures were as expected, with a 1.6% year rise (from 1.1%) for the trimmed mean and a 1.7% (from 1.3%) weighted median. Still, the data is unlikely to stand in the way of the RBA announcing increased bond purchases at next week’s meeting (August 3). The lockdown in Sydney and social restrictions elsewhere are threatening the economy.

Keep an eye on Japanese weekly portfolio flows that are released first thing tomorrow in Tokyo. In the previous week, ending July 9, foreigners appear to have bought a recorded amount of Japanese bonds (JPY2.57 trillion or ~$23.3 bln). To put the figure in perspective, the previous four-week average was around JPY546 bln. For their part, Japanese investors have sold foreign bonds for the past three weeks, and the average weekly sale of JPY804 bln is the most since early March. On the other hand, equity portfolio flows have been minor.

The dollar is consolidating in about a quarter of a yen below JPY110.00 so far today. The greenback has been recovering since dipping briefly below JPY109.60 near midday in NY yesterday. A move above JPY110.00 could see JPY110.20, but the subdued session will likely continue until the FOMC statement. The Australian dollar is stagnant. It remains within the range set on Monday (`$0.7330-$0.7390). There is an option for A$710 mln at $0.7390 that expires today and another for about A$515 mln at $0.7400 that expires tomorrow.

The dollar spiked to CNY6.5125 yesterday, its highest level in three months, and broke out of the CNY6.45-CNY6.50 month-old range. However, it was pushed back into the range today as the yuan rose for the first time in five sessions. The PBOC set the dollar’s reference rate at CNY6.4929, slightly lower than the median expectation picked up in Bloomberg’s forecast (CNY6.4935).

The UK and the EU are still at odds over the Northern Ireland Protocol. However, the EC moved to de-escalate the situation. Rather than push forward with its threat of imminent legal action as the end of the month should mark a new phase of enforcement, it appears to have granted a grace period of the summer to find an amicable solution.

Germany’s August GfK consumer confidence survey was unexpectedly weak. Rather than rising to 1.0 as economists projected, it remained at -0.3. The disastrous floods seem to be the main culprit. Tomorrow, Germany reports July CPI figures and employment data. The EU harmonized measure of CPI is expected to rise to 2.9% from 2.1% in June. Unemployment may have ticked down to 5.8% from 5.9%. It was at 5.0% steadily in H2 19.

The week’s highlight for the eurozone comes on Friday with the aggregate CPI (there seems to be upside risks to the 2.0% median forecast in Bloomberg’s survey) and the first look at Q2 GDP.

In the UK, Nationwide reported its house price index fell 0.5% in July. It is the first decline since March and the largest fall since last June. The year-over-year rate moderated to 10.5% from 13.4% in June. A tax break is winding down. On July 1, the stamp-duty threshold on new purchases was halved to GBP250k, adding GBP12.5k to the average home bought in London. Starting October 1, the threshold will return to GBP125k.

Following Monday’s unexpected decline in June’s new home sales (-6.6%) and a downward revision to the May series (-7.8% rather than -5.9%), the US reported weaker than expected June durable goods orders, mitigated in part by the upward revisions to the May data. Separately, house price increases accelerated in May.

Today’s reports of the advance goods trade balance and retail and wholesale inventories will give economists the last opportunity to adjust the Q2 GDP forecasts ahead of tomorrow’s report. The median forecast in Bloomberg’s survey sees 8.5% annualized growth in Q2 after a 6.4% pace in Q1. The price deflator is expected to accelerate to 5.4% from 4.3%.

The outcome of the FOMC meeting is center stage today. No change in policy is expected, though some members seem to want to adjust the asset purchases immediately with special attention to the mortgage-backed securities. This seems unlikely. However, Powell is unlikely to push against expectations that an announcement could be made at the next FOMC meeting in September.

By pledging to give the market a clear advance warning, it would seem to need to say something relatively soon to keep its options open for an adjustment in the pace and possibly the composition of its purchase by the end of the year. Powell could deter dissents by striking a compromise by replacing the agency bonds purchases with more Treasuries, but this too seems unlikely. The FOMC statement is unlikely to deviate much from the last one, and the Fed is unlikely to see the rising Delta covid cases as substantially impacting its economic outlook.

Canada reports June CPI figures. The year-over-year rate is expected to ease (3.2% from 3.6%) for the first time this year. Canada has three core measures, two of which may have also softened (median and trim iterations). At the end of the week, Canada will report May’s monthly GDP. It is expected to have matched April’s 0.3% contraction, but the data seems dated.

Mexico’s June trade surplus was much smaller than expected ($762 mln vs. median Bloomberg survey forecast for $2 bln). Partly, it appears that domestic demand is improving, and this will likely be seen in the Q2 GDP report due at the end of the week. The median forecast anticipated a 1.8% expansion in the quarter after a 0.8% pace in Q1.

The US dollar is encountering selling pressure near CAD1.26 for the fifth consecutive session. Key support is seen near CAD1.2525, though there is an option for almost $390 mln at CAD1.2550 that expires today. Momentum indicators like the MACD and Slow Stochastic are trending lower, and the greenback’s recovery from the multi-year low set on June 1 near CAD1.20 looks over or nearly so.