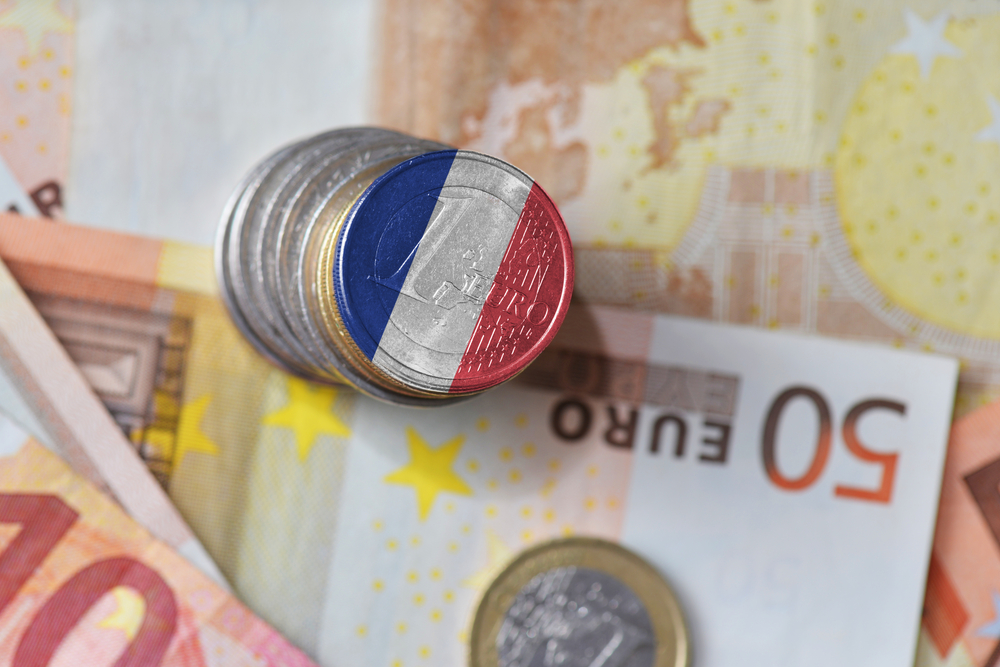 Investors were unable to take advantage of discounted prices at the beginning of the week after the CAC 40 dropped 4.92% last week (and more than 8% since the beginning of the month) due to the upcoming turmoil in the French National Assembly, as the party of the recently re-elected French President, Emmanuel Macron, lost the absolute majority in the weekend vote of the National Assembly, gaining just 245 of the required 289 seats to get an absolute majority.

The euro strengthened as Christine Lagarde, president of the European Central Bank (ECB), reiterated the ECB’s readiness to increase interest rates twice this summer to fight inflation and stop yield spreads from widening between eurozone members.

Newly re-elected French President Emmanuel Macron has suffered a huge blow after the second round of the Legislative Election was held on Sunday. The outcome suggests anything but unification and stability, despite Macron’s promises for a strong mandate amid increasing inflation, and the war in eastern Europe.

Signaling a major political division and uncertainty in the country, Macron and his allies, a group of parties called Ensemble!, lost their clear majority in the National Assembly following an unexpected swell of support for a broad left-wing alliance and the largest far-right group that has ever been elected.

Of the 577 seats available, Ensemble! “only” took 245 seats in the final round of the legislative ballot, where 289 are required to rule in a majority.
The next largest party is the far-left Nouvelle Union Populaire Écologique et Sociale (Nupes), a coalition led by far left veteran Jean-Luc Melenchon, with 131 seats.

Melenchon’s left-wing bloc, which brings together the La France Insoumise, The Socialist Party, the Greens, and the Communists for the first time in 20 years, campaigned on lowering the retirement age from 62 to 60, increasing the minimum wage, and putting a cap on the cost of essential products.

Within the party itself, though, there are many differences of opinion on major issues that were set aside during the campaign, and Macron may try to drive a wedge between the factions to his advantage.

Marine Le Pen’s Rassemblement National won another 89 seats, which is a historic win that cements the party’s status as mainstream opposition. Since the last election in 2017, the party’s number of lawmakers has grown by almost ten times.

This hung parliament situation will make it very difficult for Macron to enact his second-term legislative agenda and will require a level of power-sharing among political parties not seen for many years. It may even create the need for repeat elections if the government becomes overly paralyzed with indecision.

So, where to go from here?

There is still some outside chance for an alliance – and an absolute majority – to be created between Macron’s Ensemble! and Les Républicains. This would be the most likely collaboration with regards to their shared economic policies, as they’re both interested in increasing the retirement age and pushing nuclear energy, for example. This has yet to be confirmed, though.

France doesn’t have much in the way of recent history or experience with running coalition governments under the Fifth Republic. In the past, when it was the norm during the Third and Fourth Republics, such government was seen as too unstable, and as a result, when Charles de Gaulle was in power after WW2, he drafted the new constitution, which gave the president wide-ranging powers.

If France has to form a coalition, it will be a challenging situation for everyone.

Government spokeswoman Olivia Gregoire told France Inter radio, “It’s going to be complicated, we’re going to have to be creative.” Meanwhile, Prime Minister Elizabeth Borne commented that her government would get to work immediately to reach out to potential partners in order to rally a majority behind it. “I have trust in all of us and in our sense of responsibility,” she said, “We want to continue to protect you and ensure your security.”

…Or constant negotiation on upcoming bills?

The other option is to negotiate on policy and lawmaking with the other parties on a case-by-case basis.

This type of situation has only happened once before in the Fifth Republic, during the five-year leadership of President Francois Mitterrand, beginning in 1988, when he was forced to cut deals with the center-right and occasionally even the communist party after also failing to win the majority of the French National Assembly.

However, the situation was so unstable that the government of that time often used Article 49 paragraph 3 (49.3) of the French Constitution, which allows for the passage of law without a vote – this article was used 39 times in 5 years!

When parliament sits for the first time later this month, it will face its first hurdle, which might impact the markets.

How did the markets respond? What should investors expect?

The French benchmark, the CAC 40 index, edged slightly higher on Monday in relatively thin trading volumes due to the absence of Wall Street traders and is just leaving a bear market situation (a 20% fall from a recent peak). On Tuesday, the French market accelerated but closed below the 6,000 mark.

Still, traders are worried about rising inflation and tightening financial conditions in the most developed economies in the world, as central banks in Western countries are increasing interest rates more rapidly and more aggressively than expected.

Investors are also uncertain about how the French President and his administration will manage the relative majority to be able to implement their program. The movements in the French indexes and the euro (EUR) will reflect how the situation is managed and the impact on European economic and fiscal policies.

Higher upcoming volatility should be expected on both assets. Remember to always protect your trading capital by following strict money management tools and using all available features from your broker to help better control your risk. For instance, ActivTrades offers innovative and unique trading tools for traders to take advantage of market conditions, like with pull-back trading orders, while protecting their investments, like with progressing trailing stops.