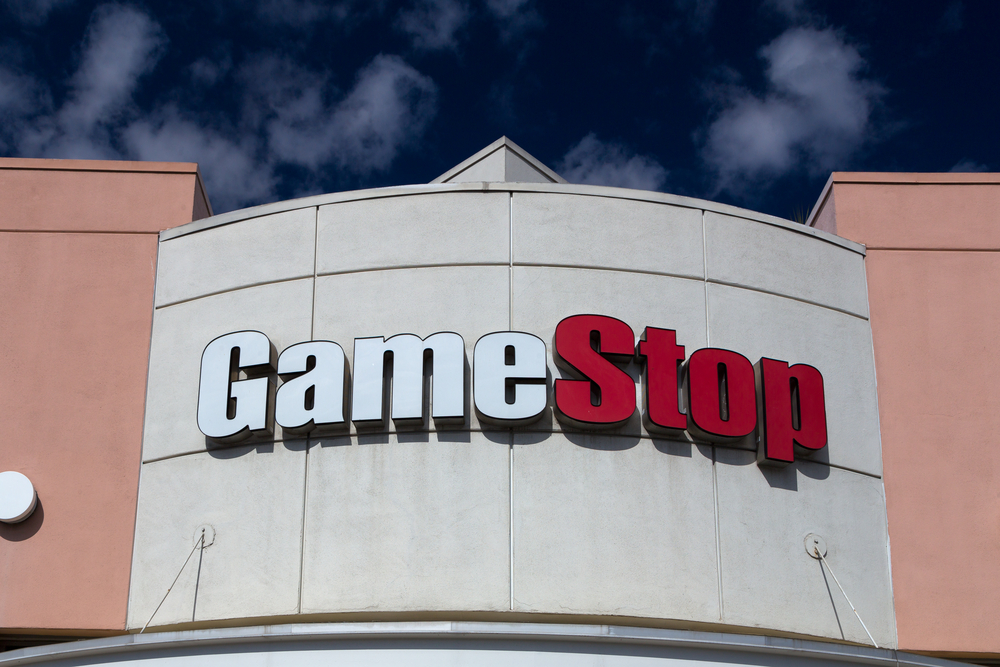 Meme-stock and cryptocurrency investors alike are speculating on Twitter about whether today is the day that the company will introduce a non-fungible token, or NFT. Non-fungible tokens are digital assets that integrate some object, such as a piece of artwork, video, or anything that the creator can imagine, including a game apparently.

Based on the source code of a GameStop blockchain contract, July 14 had emerged as the speculative launch date for the NFT. That theory is losing its luster, however, as the clock continues to tick. That doesn’t mean that a GameStop NFT isn’t in the works.

A GameStop NFT website has already been launched, fueling the speculation that the unveiling of the gaming token is not too far behind. Plus the company recently brought on Matthew Finestone as head of blockchain.

Investors are anxiously awaiting the details of what the digital token will have to offer and have begun to unpack the coding tied to a cryptocurrency wallet address for clues. Solidity developer and Twitter account @0xfoobar is reportedly behind the GameStop blockchain contract and has seemingly been busy building the NFT. The GameStop team has been keeping the details of a gaming NFT close to the vest, but the launch could be tied to the Ethereum network upgrade.

Gaming is a natural fit for NFTs, given that gamers are already accustomed to buying in-game virtual assets like skins, currency and more to up the ante. The most popular NFTs have been known to sell for tens of millions of dollars. A GameStop NFT could generate some excitement both in the blockchain industry and among traditional gamers, which has the potential to spill over into the stock to give it a much-needed jolt.

GameStop, the meme stock that started it all, has seen its value decline by close to 20% in the month of July so far. Year-to-date, shares of GameStop have gained more than 800%.  Short interest in the stock hovers at 13.3% and has increased more than 9% in recent days, as per S3 Partners data cited by CNBC.

July is almost halfway over and meme stock investors are licking their wounds after a bout of declines. Based on the activity on Reddit and other social media platforms, retail investors are holding, for the most part, and waiting for their fortunes to turn around. They are also getting tired of seeing red day after day as their strategy to squeeze sophisticated traders hits a bump in the road.

The major meme stocks are still up for the year and have outperformed the broader markets, but they have tumbled in recent weeks. Some are blaming it on the rise of inflation rather than anything company-specific in their favorite stocks. Either way, the bears appear to be in control for the time being as trading volumes weaken and the summer doldrums kick in. It is nothing a GameStop NFT could potentially fix, but when that will become a reality is the question.