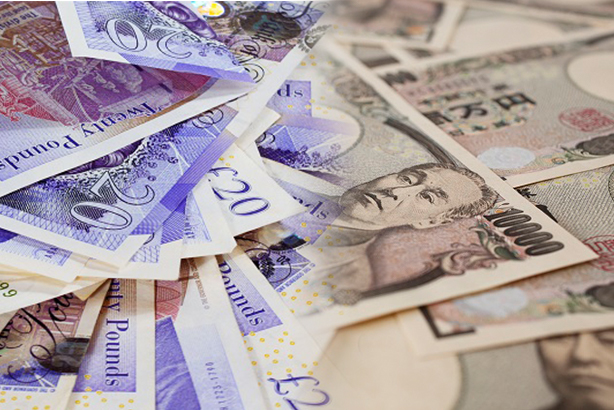 The British pound has rallied a bit against the Japanese yen to close out the week on Friday, but quite frankly that is not a huge feat, as the Japanese yen has been getting hammered against almost everything. After all, Japanese JGB rates continue to fall there, making the currency much less attractive. However, if we do get some type of major “risk off event”, that could send this market lower despite bond issues.

It certainly looks as if we are getting relatively close to a “risk off event”, and that will have ramifications in and of itself. With that in mind, I think that what we are looking at here is a very high likelihood of a market drifting lower, but it must be said that out of all of the major currencies not named “the US dollar”, the British pound does seem to be holding up relatively well. Because of this, it is very likely that the drift lower in this pair will probably be slower than some of the other yen related pairs.

Underneath, the ¥150 level underneath is going to be a “floor the market” and extends down to the ¥149 level. Breaking through all of that probably opens up a bit of a “trapdoor” in the market and allows a more significant drop, but that does not necessarily look like something that is going to happen anytime soon. If we were to break above the ¥154 level, then it is possible we could be looking at a longer-term break out, but that also does not look like it is going to happen anytime soon.