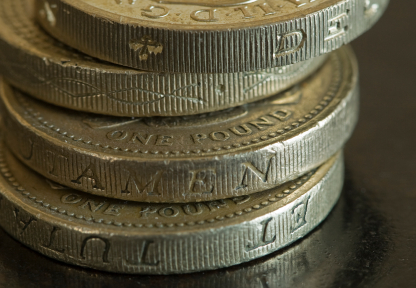 The GBPUSD pair is trading positive and well in line with my predictions yesterday. Brexit continues to remain the main driving force behind the price action of the British Pound. Earlier this week disappointing outcome in UK parliament session lead to the pair suffering sharp losses from monthly highs but losses were capped above 1.30. Further, I had predicted that the pair could reclaim hold above 1.31 handle if FOMC update took on dovish tone and the same has come to pass. US Fed decided to keep interest rates unchanged for the month, however the major take away was FOMC statement in which Fed members mentioned that the committee has decided to patiently observe the market and depending on economic scenario further decisions can even lead to reduction in interest rate as opposed to delayed rate hikes in 2019 as announced earlier.

This resulted in sharp sell-off of US Dollar in the broad market resulting in the pair breaching 1.31 handle and managing to regain a strong foothold above said price level. Further, Fed Chair Jerome Powell mentioned in his speech during the post-FOMC conference that their balance sheet reduction activities will depend upon economic conditions in the U.S. but the activity is likely to end earlier than expected as ongoing global trade wars and partial shutdown of US government in recent past has resulted in significant economic loss in the U.S.A. This increased bearish pressure around US dollar in the market further and provided fundamental support to GBP bulls helping the currency establish a steady bull run above 1.31 handle in the broad market. As of writing this article, the GBP/USD pair is trading at 1.3142 up by 0.20% on the day.

Moving forwards, Investors now await headlines relating to two-day high-level talk between China & U.S. representatives which is set to end today. The outcome of trade talks will help decide medium-long term outlook of US dollar and help British Pound form a solid support price level on the downside. UK lacks major updates for rest of week aside from Manufacturing PMI scheduled to release later tomorrow while US market will see the release of new home sales data scheduled to release later today. Macro data updates are unlikely to have any major impact on the price action of the pair which suggests that Brexit Chaos will continue to remain as the main driving force behind the pair’s price action in immediate and near future.