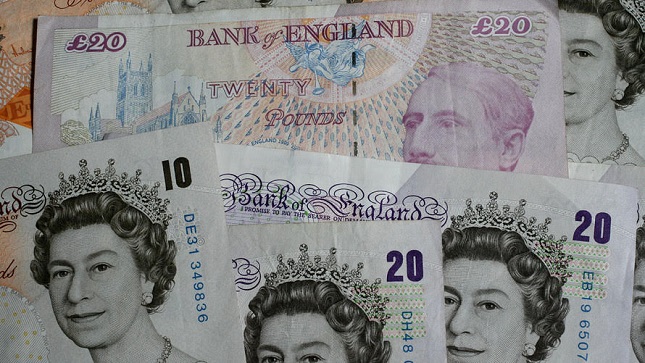 The British pound initially tried to break higher during the course of the week but found the area above the 1.30 level but pulling back from that area, we crashed into the 1.29 handle. By the end of the week, we have formed a bit of negativity, but ultimately the market looks as if it is trying to simply figure out which way to go. This makes quite a bit of sense that the market would be a bit confused considering that Brexit is a major issue.

The 50 week EMA underneath is closer to the 1.2750 level, which of course is very important due to previous action, and if you draw a horizontal line at that level you can see that the market has flipped back and forth several times. Unfortunately for the British pound, we are still at the mercy of the latest Brexit headline, so that of course is going to cause major issues. I think at this point it is very likely that we will continue to be choppy so it is more than likely going to be a scenario where we have to trade from shorter-term charts more than anything else. In fact, you can make an argument for a consolidation area between the 1.31 handle and the 1.2750 level.

The other part of the equation is of course the US dollar and as you can imagine there is still a lot of noise around the idea of stimulus, so that something that we need to pay attention to as well. In other words, I think you can count on a lot of noise in this market so the default scenario for something like that is going to be choppiness.