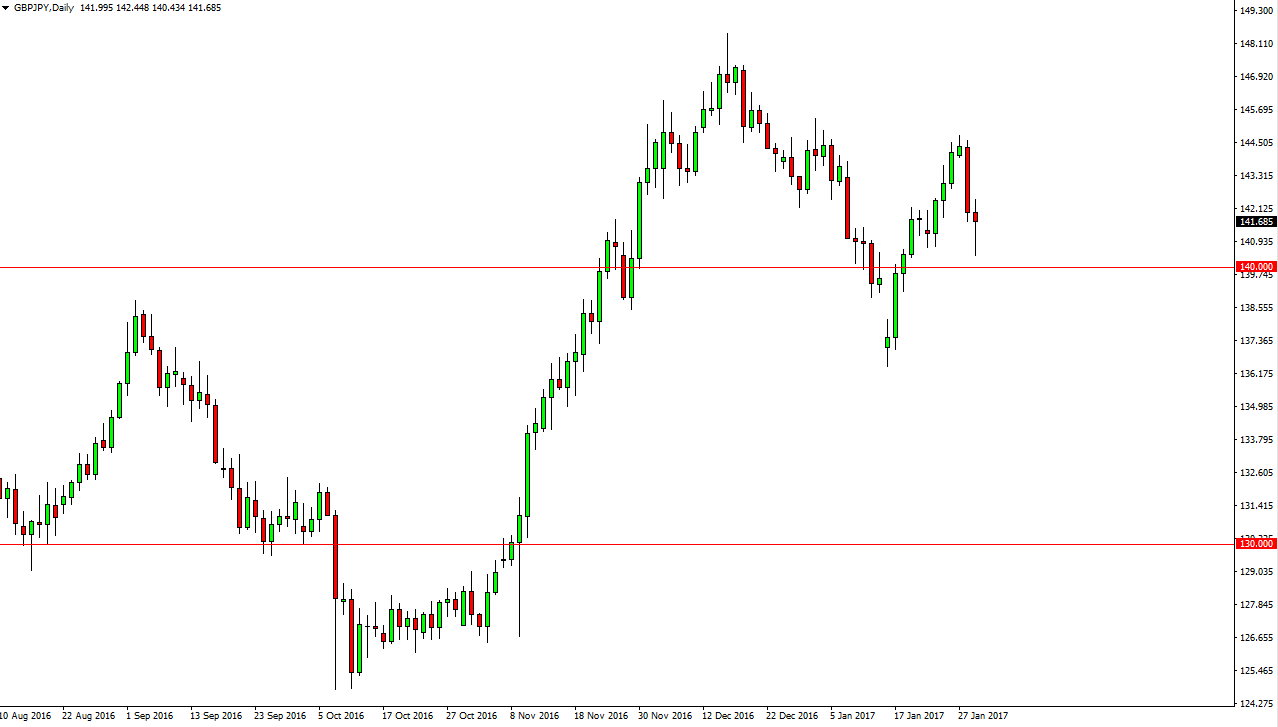 The British pound fell against the Japanese yen initially on Tuesday, but found enough support above the 140 level to turn around to form a nice-looking hammer. A break above the top of a hammer should be a buying opportunity, as we should continue to reach towards the 145 handle above. A break above there since the market then reaching towards the 148 level. A breakdown below the 140 level would be bearish, but I believe that the buyers will return sooner rather than later. With this, I favor the longer-term buy-and-hold mentality.