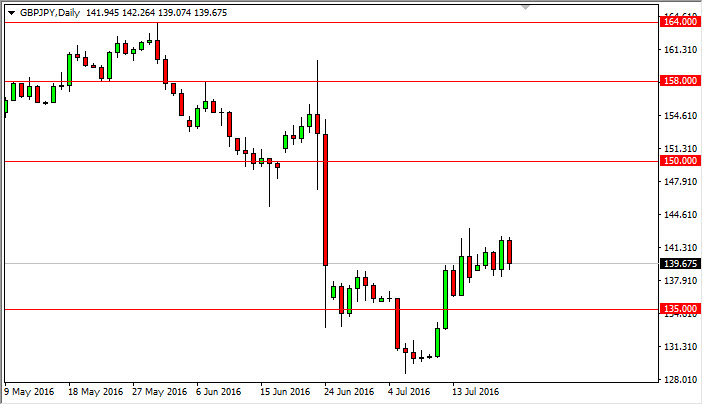 The GBP/JPY pair fell during the course of the day on Thursday, but as you can see we are still very much in the consolidation area that we have been in for several days now. We have broken out to the upside initially though, so I think there’s a slightly upward bias in this rather beat down market. The Bank of Japan could very well push as well, but at the same time you have to worry about the British pound being so soft. In other words, we could probably grind higher over the longer term, but it’s not can it be an easy trade.