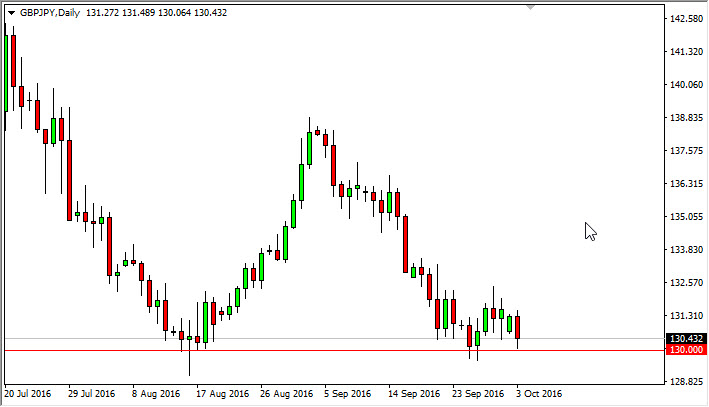 The GBP/JPY pair initially fell during the course of the session on Monday, testing the 130 handle. However, the British pound is struggling in general, so it’s likely that every time we rally we will more than likely find sellers again and again, as the Japanese yen is much more “safe” than the British pound at the moment as we are still seeing the currency markets punish the British pound for the exit vote. With this being the case, I believe that short-term rallies that show signs of exhaustion will be excellent selling opportunities going forward.