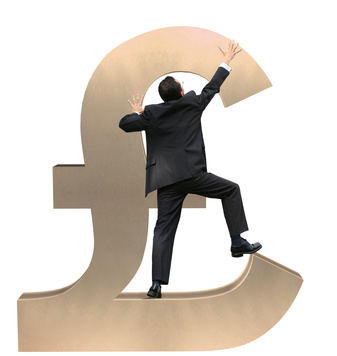 The GBP/USD showed advance, in the week ended July 22, for the second week as announcement of a second bailout for Greece and other measures to halt the debt contagion spread boosted demand on high-yielding assets.

On the other hand, data from theU.S.showed improvement in housing and rise in initial jobless claims, yet the main highlight was on raising debt ceiling before August 2. The greenback gained some ground at the end of the week on reports showing that the White House will raiseU.S.debt ceiling and reduce budget shortfall by nearly $3 trillion over the coming 10 years.

This week, the main focus will be on growth data from both economies to see how the two large economies were affected by the global slowdown that hit major economies in the second quarter.

The release of the data this week will be as follows:

The week starts with the release BBA loans for house purchase which is predicted to increase in June to 31,000 from 30,509 a month earlier, while theU.S.economy lacks fundamentals.

In theU.S., the main focus will be housing data starting with S&P/caseShiller, due at 13:00 GMT, followed by new home sales due at 14:00 GMT, where they will provide evidence about the status of the housing market. At 14:00 GMT, consumer confidence is expected to drop to 57.9 in July from 58.5.

At 10:00 GMT, theU.K.will release CBI trends orders report, which is expected to have slight effect on the pair. Thereafter, eyes will be directed towardsU.S.data, specifically to MBA mortgage applications for July 22, due at 11:00 GMT, which will be followed by durable goods orders report for June which is expected to show a 0.3% rise in June from the prior 1.9% advance. Finally, at 18:00 GMT, Fed’s Beige book will be out.

At 23:01 GMT, theUKwill release Gfk consumer confidence, while the main highlight will be on US data; theUSeconomy will release initial jobless claims for the week ending July 23 and continuing claims for the week ending July 16 will be available at 12:30 GMT. At 14:00 GMT, pending home sales report is expected to show 2.0% drop in June relative to 8.2% rise recorded in May.

For theU.S., the 2q annualized GDP will be under scrutiny when it comes out at 12:30 GMT; then,UniversityofMichiganconfidence will be available at 13:55 GMT with projections referring to an incline to 64.0 in July from the prior 63.8.