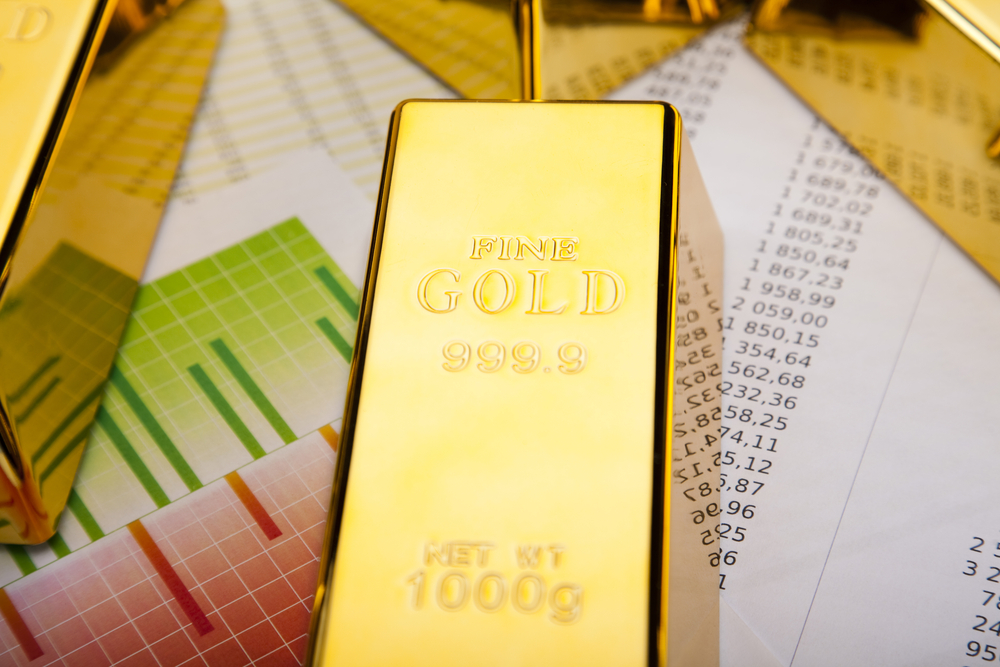 Higher inflation is also one of the reasons for higher metals. We have seen gold coming above 1916 on a daily chart, so this can be a break towards a new ATH. However, after recent sharp decline in the 4-hour chart, we should be aware of a deeper (A)-(B)-(C) pullback based on two different daily interpretations as we see the price coming down from the highs into first leg (A). So, after a corrective rally in wave (B), be aware of another drop for wave (C) before a bullish continuation. 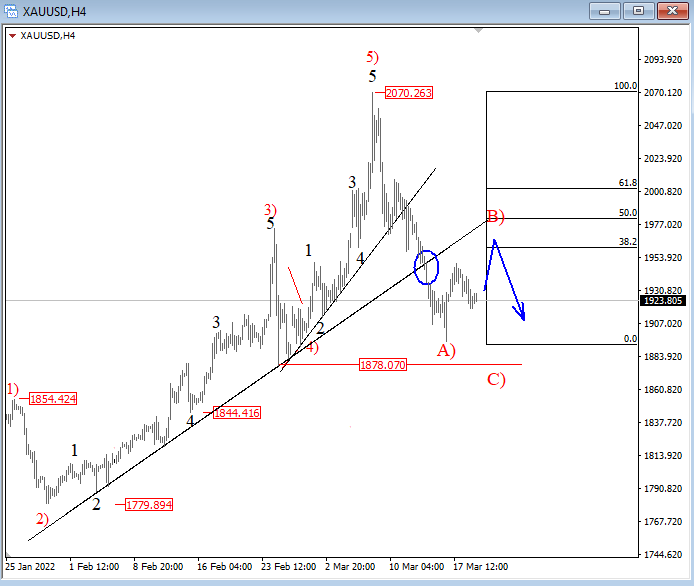 Crude oil is turning sharply down from the highs on a daily chart, which smells like a top formation, but as long as the price is above 85 it could be still considered as a subwave 4 correction of extended wave 5). Looking at the 4-hour chart, we can still see a three-wave a-b-c corrective decline from the highs, however, notice that this could be also easily a five-wave drop, which can later send the price into a deeper correction.

Currently we can see it recovering in an impulsive fashion and we can clearly see a five-wave rally from the lows, so we will most likely see at least one more leg up after a three-wave setback. 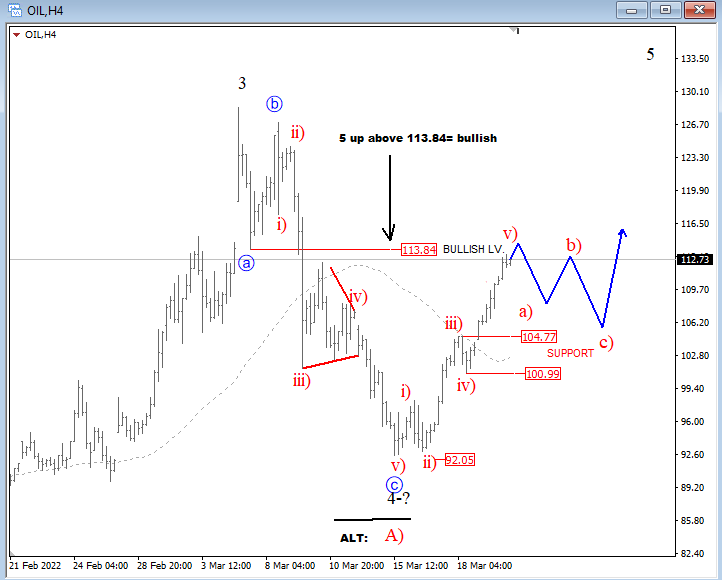