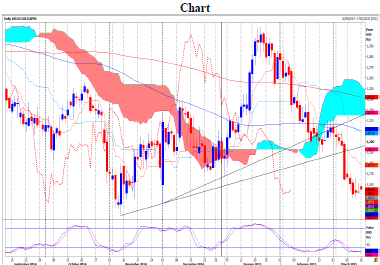 Gold has important longer term support at 1156/55 but below here sees a retest of support at 1147/1146. Being oversold it is worth trying longs with stops below December lows at 1142/1141. Although oversold a break lower always possible in the negative trend to target 1138/37 then the 4 year lows for Gold seen in November 2014 at 1131/30. Obviously this is extremely important & a bounce from here should be seen, initially at least. Just be aware that a weekly close tonight below starts the next leg lower in the bear trend next.