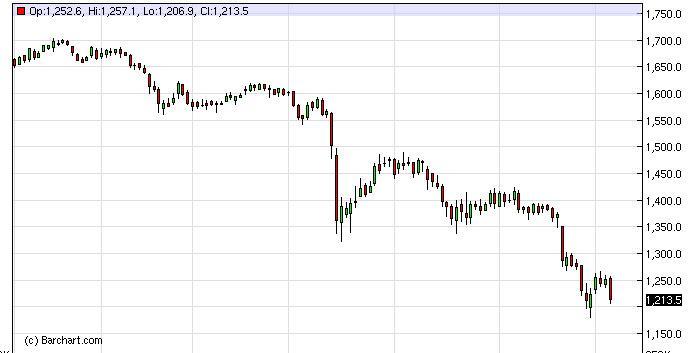 The gold markets rose again during the session on Wednesday as the sentiment for gold seems to be getter better and better. The $1,650 level has given way, and we think the grind higher could continue at this point in time. The area was a tough fight, and because of that, it looks like the move upwards is starting to be taken seriously.

The level being overtaken is a stark contrast to the selloff that the market went through towards to end of last year. The market has come back, and the bounce has shown that the long-term sentiment is still upwards for the gold markets. The $1,700 level should be the next level the market tries to reach. With the Tuesday candle forming a hammer, we also favor the upside now that the $1,650 level looks to be supportive now.

The European Union continues to struggle with debt crises and various issues of insolvency and this should have people shunning fiat currencies while favoring hard assets. The demand for gold is also seen as fairly strong amongst the central banks of the world, and as a result there will be massive buy orders overall. This is one of the biggest drivers of the gold markets presently.

Until the credit issues are solved, the demand for gold should only rise as central banks continue with easing. The values of various currencies around the world are set to plunge, and this will make “things” and “stuff” more valuable than paper.

Looking at the charts, the $1,650 level should be support now that we have not only broke and closed above it, but also that we have a nice large hammer from Tuesday. The $1,700 level will be resistive, but we believe it to be a minor level and the market should be able to grind through it.

While we may not see $50 a day gains going forward, this market does look healthy overall. The demand for gold remains, and this is true for most commodities. As the central banks continue to tinker with monetary policy, gold will thrive. We are buying at this point, and will continue to do so on pullbacks.