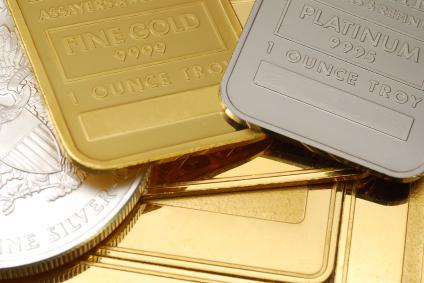 Gold is trading at 1638.65. Gold inched up underpinned by a strong Euro, but investors are cautiously approaching bullion due to prevailing vague global economic conditions. Investors are waiting for more cues of stimulus measures from the central banks to prop up their brittle economy. Meanwhile, improved consumer sentiment figures in the US have reduced the prospects of launching another round of monetary easing programs from the country. Global demand for gold has seen easing in the second quarter of the current financial year due to a drop in consumption by the major consumers India and China. Substantial decrease in jewelry and investment demand has been recorded in the period.

As per CFTC data money managers and hedge funds have cut their net long positions in gold futures and options for the second consecutive period last week while the holdings of SPDR gold trust rose slightly. However investors are keenly watching the outcome of the FOMC meeting minutes and Euro zone leaders meeting this week to track gold’s direction. At the same time, lingering worries in South Africa, the world’s top platinum producer, has boosted platinum prices to a six week high level yesterday.

Comments today from China also helped support markets as it became more obvious that China is preparing to introduce a program of monetary stimulus, the question is now when.

Market sentiments were slightly on the greener side, lifted by optimism over the European Central Bank’s monetary policy action and European leader’s meeting later this week. European shares rose to 13-month high while Euro strengthened against the USD, hitting a two week high. In the commodities segment, bullion, base metals as well as crude oil firmed up in both international and domestic markets. Spot silver appeared glossier than gold, rising to an eight week high and was just shy of testing $29 an ounce. LME base metals rose with copper gaining more than one per cent closely followed by zinc. However, worries over demand from the top consumer China and bleak economic outlook continue to haunt market, limiting gains. The expectation that the Euro Zone leaders may make headway in tackling the region’s debt crisis boosted