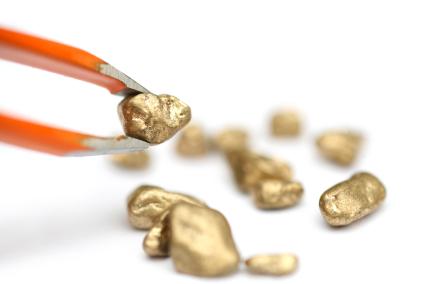 Gold is trading at 1588.05 adding 9.15 in early trading while markets await word from the Eurogroup meeting.

Anxiety over global economic growth and persistent concerns over long running Euro Zone debt crisis continue to dampen the market sentiments. Commodities and equities were under pressure on dreary economic prospects and very little hope from the Euro-area finance ministers’ meet later today.  Euro was hovering near its two year low against the US dollar.

Precious metals traded mostly steady. Spot gold was little changed while, spot silver ticked up. Investors choose to stay on the sideline for fresh cues after the weekend fall on a sluggish US jobs data. Base metal threw mixed signals with complex in Shanghai Futures Exchange mostly in red while, in the LME metals traded steady. China’s inflation data for the month of June released earlier today indicated a cool off in price levels, which ignited hopes of further monetary stimulus. LME copper was tad up snapping three consecutive sessions of losses.

Gold slightly changed after a more than one percent fall in the previous session. Investors turned to US dollar, surrendering the appeal of Euro and gold on speculation of disappointing US job data that could lead the country to take measures to stimulate the economy anytime. US nonfarm payrolls grew less than expected in June by 80000, making it the third straight month below 100000.

Euro held steady after dropping to a two year low against the dollar. The European ministers’ meeting later today will focus on the follow up steps of its earlier plans to prop up the indebted economy. China’s inflation cooled in June to 2.2 percent from 3.0 percent in May; possibly giving the country more scope to ease the monetary policy to support growth. Meanwhile, physical demand for gold from Asia remains sluggish as range-bound price moves kept investors away from taking new positions.

Just a heads up since gold is volatile and will react to most economic indicators we will begin to post the daily calendar with events that could affect the price of gold. The gold price is sensitive to a number of scheduled U.S. and Euro area macroeconomic announcements—including retail sales, non-farm payrolls, and inflation. Gold’s high sensitivity to real interest rates and its unique role as a safe-haven and store of value typically leads to a counter-cyclical reaction to surprise news, in contrast to their commodities. It also shows a particularly high sensitivity to negative surprises that might lead financial investors to become more risk averse.

These results have a number of implications. To reduce the uncertainty of the return on gold transactions, traders may wish to time their orders flow so as to avoid the release of information that has been shown to affect prices. For longer-term market participants, these results provide confirmation of the pro-cyclical bias of many commodities and gold’s role as a safe-haven during periods of economic uncertainty.