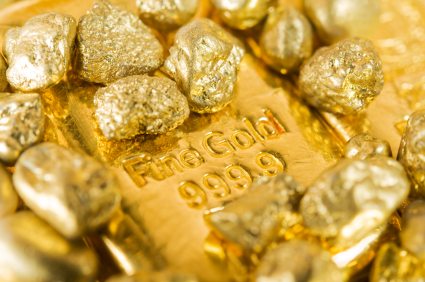 The miners rallied? Oh, you mean the senior mining stocks (HUI, GDX…) – then yes, they moved a bit higher. But the junior miners (Toronto Stock Exchange Venture Index) just declined after confirming breakdown below the very important rising support line, which has profound implications for the next months. Truth be told, what’s happening in the senior miners can be used to indicate the next short-term moves as well, but we’ll start today’s analysis with the big picture.

The Mining Index That Is Breaking Down

On October 25, we wrote the following about juniors’ outlook:

What’s going on in this proxy for junior miners?

It’s declining – that’s what’s happening. In particular, it declined below the rising medium-term support line that’s based on two profound and clear bottoms: the 2016 and 2018 lows. And it’s not something that happened just yesterday. It happened about 3 weeks ago and unless the TSX Venture Index rallies today, this week’s close will mark the third consecutive weekly close below this line. That’s important, because this means that the breakdown – even though it’s tiny – was just confirmed. And confirmed breakdowns are likely to be followed by further declines.

Now, the more significant the support that was broken, the bigger decline one can expect, and the line that was just broken is definitely significant.

This means that the confirmed breakdown in the TSX Venture sends a huge warning to the gold, silver, and mining stock bulls. It’s not an immediate-term or even a short-term sign (we have plenty of them coming from other places), but it is a powerful sign pointing to sector-wide decline in the following months. We have been warned by yet another market. Those who refuse to listen will have to face the costly consequences.

The decline’s continuation means that everything that we wrote above is more than up-to-date. It was just confirmed by juniors’ price action. If the breakdown was not a big deal, the junior miners could have rallied, just like the senior miners did. But that’s not what happened. The previously broken support has now turned into resistance, and it makes the possible short-term upside very limited. The downside, however, is huge.

The nearest strong support is the 2018 low, but we doubt that it will hold, given that the recent breakdown took place so close to it. The price had already taken a breather and it’s ready to slide further. This means that the next likely target is the early-2016 bottom. That’s far from the current price, so the move is likely to significant. And, since the medium-term moves are more or less aligned between the major parts of the precious metals sector and the Toronto Stock Exchange Venture Index, it seems that gold, silver, and senior mining stocks have much further to drop in the following months too.

Speaking of senior mining stocks, let’s see how they performed compared to the price of gold and compared to other stocks.

The HUI to gold ratio is a good way to measure gold stocks’ relative performance to gold. And this ratio is once again in the decline mode after a rather sharp counter-trend move. Why was the recent upswing a counter-trend move and not the start of a beginning of a new trend? Because the attempt to break above the declining resistance line failed miserably. The current small move lower in the ratio is the very early part of the price move right after the breakout was invalidated.

Invalidations are strong bearish signs in general. The line that was broken was based on two major (2011 and 2016) tops, therefore it’s important – and so is the invalidation of the breakdown above it. Focusing on what one saw in the previous several days is tempting, especially for beginning gold traders, but keeping the context in mind is absolutely critical if one wants to make serious gains in this – or, in fact, any other – market.

Moreover, let’s remember that the 2019 top in the ratio made the RSI indicator move above 70 and there were only two similar cases in the past 15 years. That was the late-2012 top and the 2016 top. Both were followed by substantial declines in the ratio, in gold stocks, and in gold itself. The implications here are clearly bearish for the following months and weeks. The above chart doesn’t signal anything for gold in the next several days, though. Given how rich this week is in terms of news, things could get quite volatile, especially given the looming reversal turning point, but we’ll get to that in the following text.

Today’s article is a small sample of what our subscribers enjoy on a daily basis. For instance today, we’ve also carried on with the gold stocks examination and shared the short-term PMs picture. Finally, we’ve also included a helpful summary of the gold move’s determinants at play. Check more of our free articles on our website, including this one – just drop by and have a look. We encourage you to sign up for our daily newsletter, too – it’s free and if you don’t like it, you can unsubscribe with just 2 clicks. You’ll also get 7 days of free access to our premium daily Gold & Silver Trading Alerts to get a taste of all our care. Sign up for the free newsletter today!