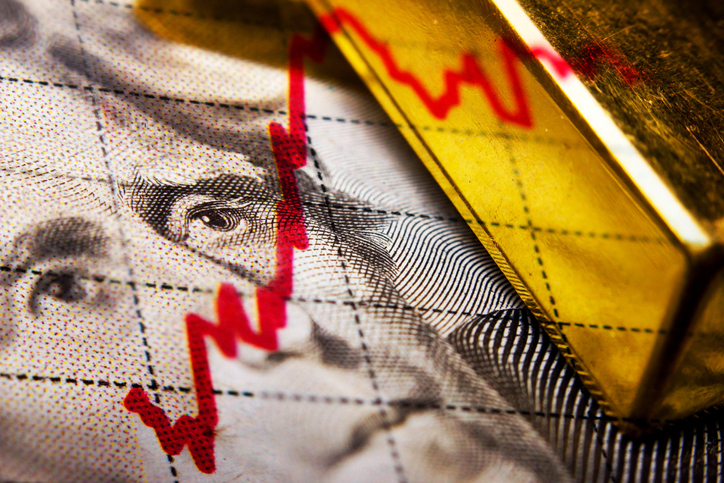 Gold futures are edging lower early Friday, but the precious metal remains in a position to post its fourth consecutive weekly gain after U.S. Federal Reserve Chairman Jerome Powell dampened investor fears of a faster tightening of monetary policy earlier in the week. Despite this week’s gains, advances have been limited by tentative buying and a firm U.S. Dollar.

Traders seem to be biding their time for the next major move ahead of the July 27-28 Federal Reserve monetary policy meeting. However, I believe traders should watch the Treasury yields very closely. If the 10-year yield settles under the July 8 low at 1.30%, gold prices could spike higher at least over the near-term.

The main trend is down according to the daily swing chart, however, momentum is trending higher. The main trend will change to up on a move through the pair of main tops at $1906.90 and $1919.20. A trade through $1750.10 will signal a resumption of the downtrend.

The minor trend is up. This is controlling the momentum. A trade through $1791.00 will change the minor trend to down. This will also shift momentum to the downside.

The direction of the August Comex gold futures contract on Friday is likely to be determined by trader reaction to $1834.70.

A sustained move under $1834.70 will indicate the presence of sellers. If this move creates enough downside momentum then look for the selling to possibly extend into the first minor pivot at $1813.00.

A sustained move over $1834.70 will signal the presence of buyers. Overtaking this level could trigger an acceleration into $1854.60. This is a potential trigger point for an acceleration to the upside with the next major target coming in at $1899.20.