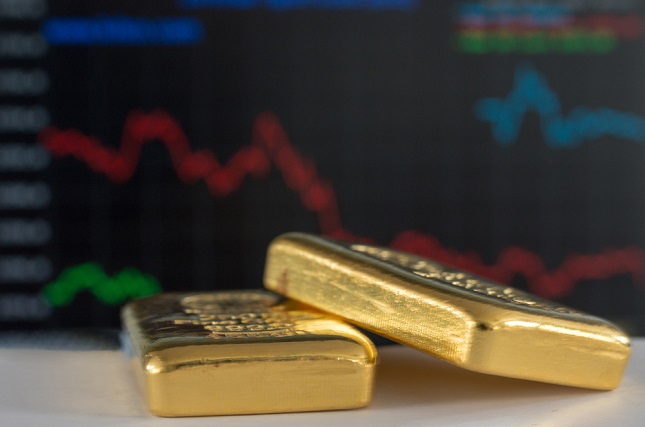 Gold prices consolidated on Friday, and have traded sideways despite a stronger than expected US GDP print. Traders now await the Federal Reserve which is schedule to have its monetary policy committee meeting on July 31. Expectations are for the Fed to cut interest rates by 25-basis points, but there is a small chance the fed will move by an even greater figure. The Commerce Department reported that GDP decelerated in the Q2. The first look at growth showed that US GDP rose by more than expected.

Gold prices eased on Friday as the dollar continued to gain traction following the stronger than expected US GDP figure. Prices slipped through the 10-day moving average at 1,421, which is now seen as short term resistance. Current support is seen near an upward sloping trend line that comes in near 1,414. Short term momentum is negative as the fast stochastic is prints in the red with a downward sloping trajectory. The current reading on the fast stochastic is 51, which is in the middle of the neutral range and reflects consolidation. Medium term momentum remains negative as the MACD (moving average convergence divergence) histogram is printing in the red with a downward sloping trajectory which points to consolidation. The relative strength index is also testing support and a breakdown would reflect accelerating negative momentum.

US Growth decelerated in the Q2, but not by as much as expected, as tariffs and a global slowdown weighed on the U.S. economy. The Commerce Department reported that US GDP increased by increased 2.1%, down from the first quarter’s 3.1% and the weakest increase since Q1 of 2017. Expectations had been for US GDP to increase by 1.8%. The underlying numbers in the report seemed to take steam out of the recession fears that have been much of the talk among economists and policymakers at the Federal Reserve.