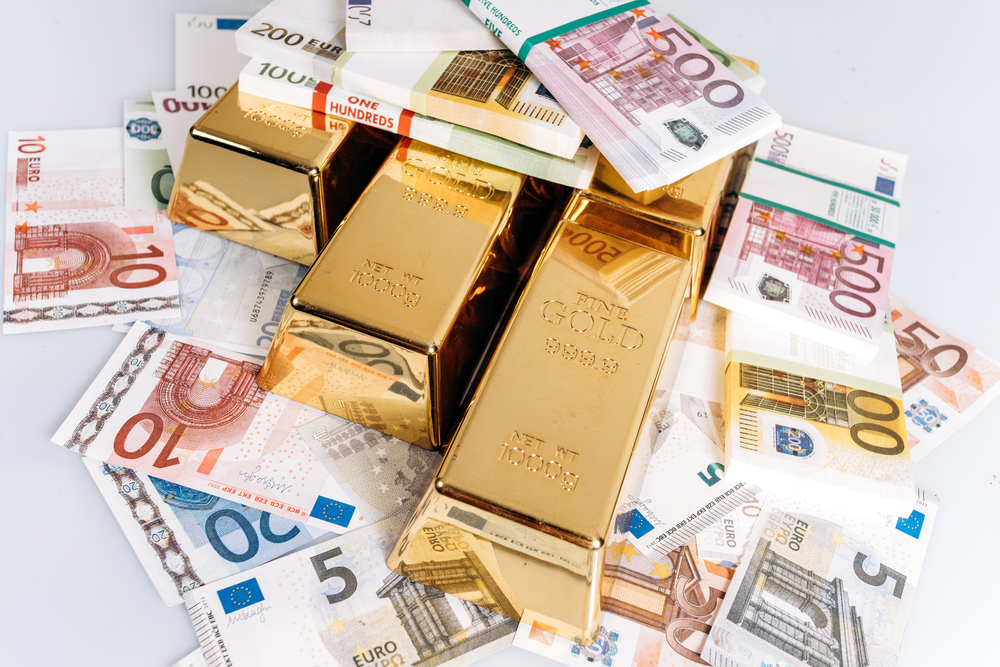 Gold prices traded higher as the dollar and yields pullback. Gold prices due to their safe-haven appeal to investors given the mirky economic sentiment.

Jobless claims unexpectedly rose last week to their highest levels since January. Initial claims increased to 218,000, rising by 21,000 from the previous week. However, continuing claims dropped to 1.32 million, the lowest level since 1969.

The Fed’s plans to aggressively tighten rates to rein in inflation can reduce the tightness of the labor market. There might be an uptick in demand compared to job supply as higher interest rates reduce demand for labor.

Resistance is seen near the May 12th high of 1858. Short-term momentum is positive as the Fast Stochastic might generate a crossover buy signal. Prices are no longer oversold as the fast stochastic prints a reading of 42.10 above the oversold trigger level of 20.

The  MACD (moving average convergence divergence) histogram has a negative trajectory that points to lower prices. 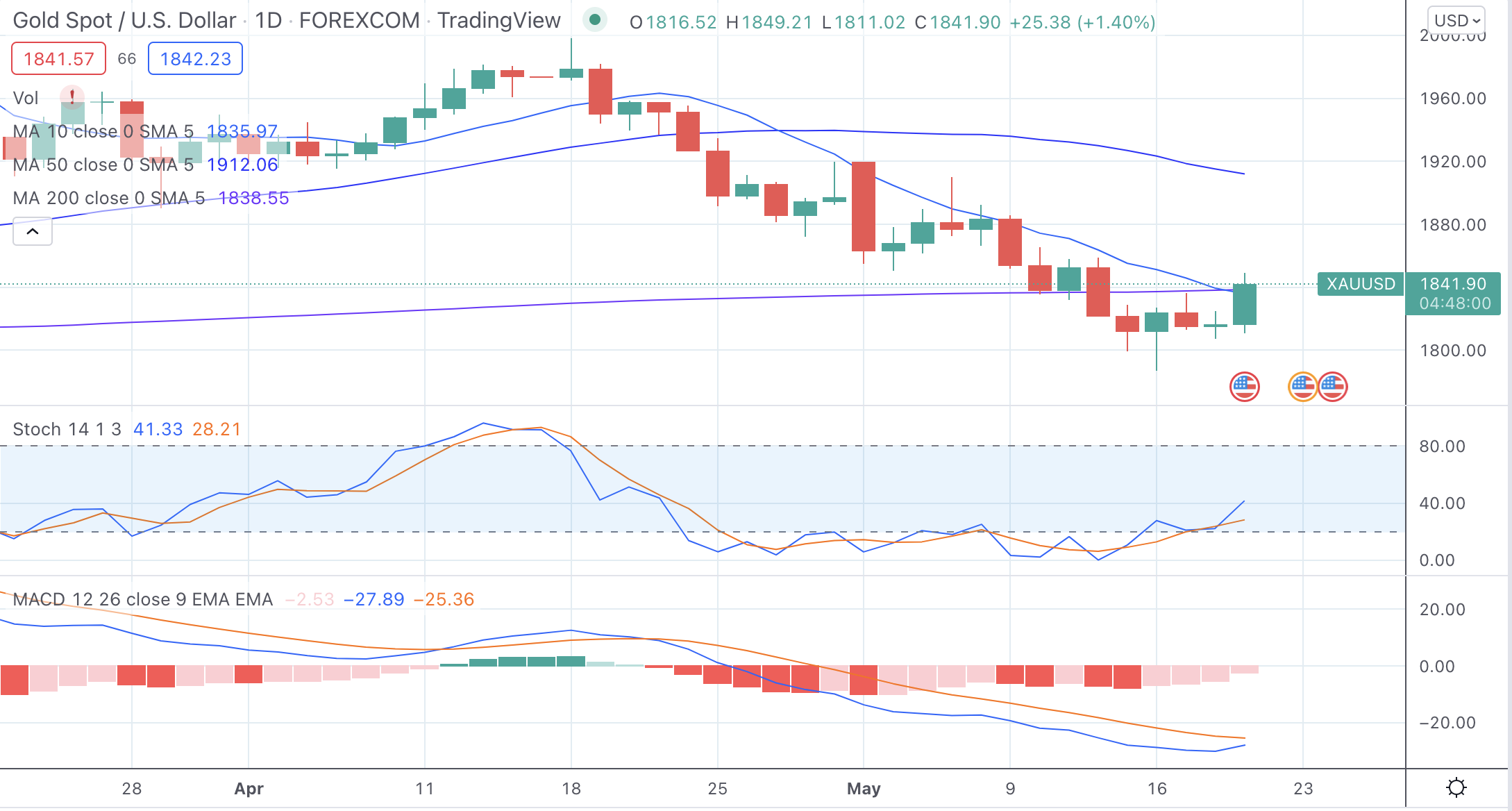