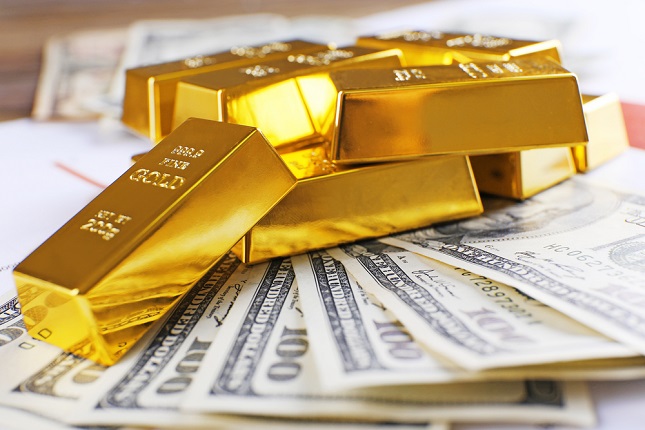 Gold prices continue to trade sideways, and appear to be support ahead of Friday’s payroll report. A stronger than expected payroll gain or accelerating wage inflation, will likely lift the dollar and pave the way for lower gold prices. Data released earlier in the week saw the private payrolls increase by a stronger than expected 230K jobs, which has priced in the highest 2-year yield seen in the US since 2008. The 10-year yield spiked on Thursday hitting a high of 3.19%, which is also helping the yield differential move in favor of the dollar. Traders took profits in their dollar positions as rates rise ahead of the payroll report.  Jobless claims were lower than expected dropping to 40+ year lows and signaling that the unemployment rate will likely dip lower.

Gold prices consolidated on Thursday ahead of Friday’s payroll report. Prices are capped by a downward sloping trend line that comes in near 1,209. Short term support is seen near the 10-day moving average at 1,195. Additional Support is seen near an upward sloping trend line at 1,183. Momentum is positive to neutral, as the MACD (moving average convergence divergence) histogram prints in the black with a flat trajectory which reflects consolidation. The MACD recently generated a crossover buy signal.

The Labor Department reported that claims declined by 8K to 207K for the week ended Sept. 29, 2018. Claims fell to 202,000 during the week ended Sept. 15, which was the lowest level since November 1969. Expectations where for claims to dip to 213K. The Labor Department said claims for South and North Carolina were affected by Hurricane Florence, which lashed the region in mid-September. The four-week moving average of initial claims, considered a better measure of labor market trends as it irons out week-to-week volatility, rose 500 to 207,000 last week.