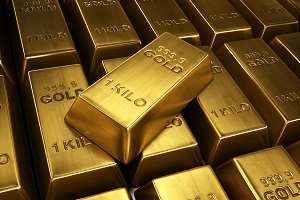 Using the Elliott Wave Principle (EWP) I will analyze the VanEcks Vectors Gold Miners Exchange Traded Fund (ETF, GDX) since its significant bottom in January 2016 and determine where it will most likely be headed next. See Figure 1A below. That bottom was blue Primary Wave-C. GDX then rallied into the summer of 2017 (black major wave-a). It took one year to correct as by the summer of 2018, major wave-b completed.

The ETF then rallied once again into early 2020 (major wave-c of Primary-A) and then crashed into the infamous March 2020 low (Primary B). The gold miners then staged a three-wave rally into -once again- the summer of 2020 (major wave-a). Yet again corrected for almost a year into the recent march low (major wave-b), and GDX has now staged a five-wave rally into its early May high. GDX is currently correcting and should ideally bottom around $35.30-36.50, but possibly as low as $33.30-34.30 before staging its next multi-month rally. 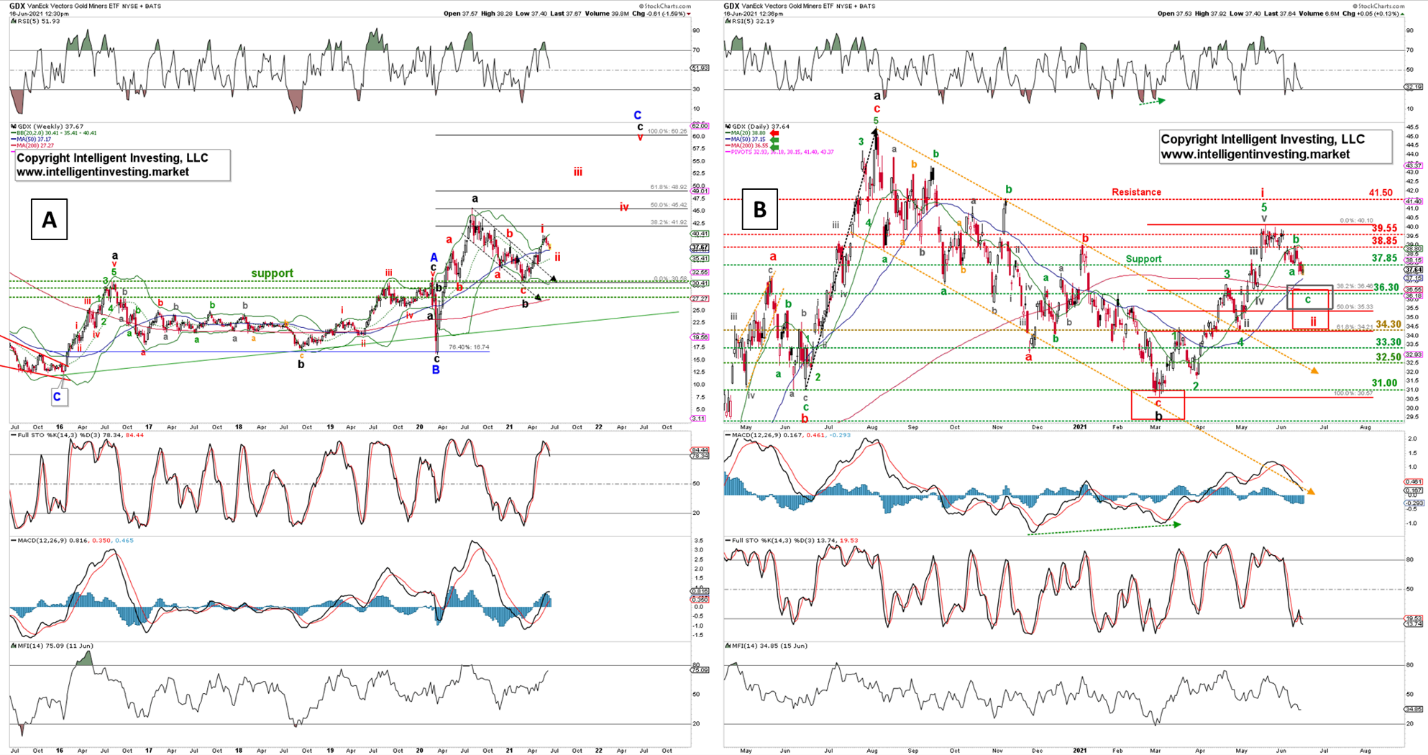 The Trend Has Changed From Down to Up

GDX held necessary support at $29-30, broke out of the downtrend channel it was in mid-April, retested that breakout late-April, and then also rallied above the critical 200-day Simple Moving Average (SMA) early May. Thus the trend changed from down to up. Besides, the Gold Miners are also back above the 20-week and 50-week SMA. The rally since the early-March low counts best as a motive wave: leading diagonal (red) intermediate wave-i, and the recent price action to the downside should thus be wave-ii.

We know from the EWP that after the 2nd wave comes the third wave, which makes sense from the bigger picture as GDX should now be in major-c of Primary C of Cycle-A and comprises five smaller waves: red iii, iv, and v. Strong support is at $34.40 to $33.30. As long as GDX can hold above it, the odds are excellent wave-iii can kick in to ideally the low to mid-50s and wave-v of -c of -C of -A to ideally around $60. Hence, the current correction should be viewed as a buying opportunity once the ideal target zones are reached, with a prudent stop level as mentioned above.