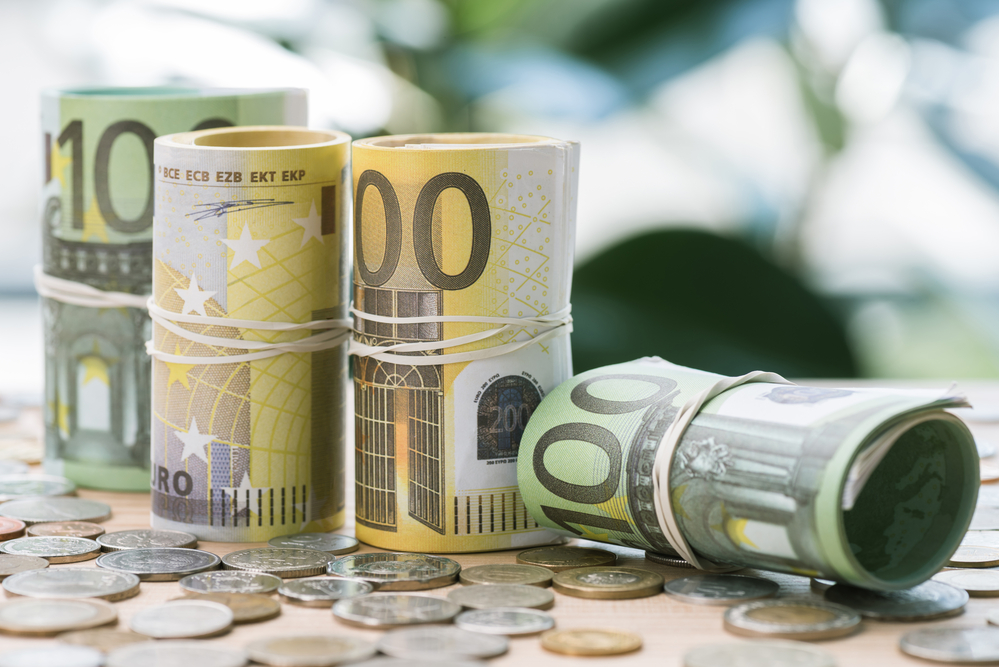 The dollar is broadly mostly firmer against the major and emerging market currencies. The JP Morgan Emerging Market Currency Index is lower for the fifth consecutive session, while the euro was sold to its lowest level in five months before stabilizing. Bonds in the Asia Pacific region sold off in the wake of the jump in US yields after the jobs report, but benchmark yields are 1-2 bp lower in Europe, and the US 10-year yield is a little softer near 1.28%.

Japan’s markets were closed for a national holiday, while China and Hong Kong led the advancers in a mixed session that saw Australia, South Korea, and Taiwan shares fall. Europe’s Dow Jones Stoxx 600 is posting small gains for the sixth consecutive session. US equity futures are posting small losses. Crude oil tumbled last week and has continued to fall today.

China reported trade figures over the weekend and July inflation prints earlier today. The data does not give a clean read on the economy as the virus and extreme weather conditions distort the activity. Both imports and exports slowed, and the trade surplus rose to $56.5 bln from $51.5 bln in June. The PRC imported 25 aircraft last month, which also inflated the import figures. The distinction between value and volume may be of increased importance.

The value of iron ore, oil, and steel imports, for example, rose, but it concealed a decline in volume. Recall that the PMI showed that orders for manufactured goods exports fell for the third month in July. Part of the decline in textiles exports, including protective masks and medical equipment, may be traced to the base effect and last year’s surge. The politically sensitive trade with the US saw a 13.4% year-over-year rise in exports and a 25.6% rise in imports.

Mining prices rose 38.7% (35.1% in June), though raw material price increase eased to 17.9%, year-over-year, a three-month low. On balance, given the recent cut in reserve requirements, Chinese officials are more concerned with signs that growth is faltering than consumer price pressures.

The seven-week and counting lockdown of Sydney, coupled with one of the lowest vaccination rates among high-income countries, is taking its toll on public support for the Morrison government. The latest polls show that the prime minister’s support has slipped below 50% from 85% last April. Labor leads the ruling coalition by six percentage points (53%-47%). National elections must be held by next May.

With Tokyo’s markets closed, the dollar has been confined to almost a quarter of a yen range above JPY110.10. An option at JPY110.50 for about $530 mln rolls off today. Helped by higher US yields, the dollar rose in the last three sessions. The Australian dollar extended its losses seen in the wake of the US employment data to briefly dip below $0.7330 in early Asia.

It looks poised to retest the $0.7360 cap. The greenback slipped slightly against the Chinese yuan after rising 0.33% ahead of the weekend, the most in nearly two weeks. Ir remains in the CNY6.45-CNY6.50 range that has largely prevailed since the latter part of June. The PBOC set the dollar’s reference rate at CNY6.4840, a little softer than the CNY6.4856 anticipated.

Germany reported a larger than expected June trade surplus. Exports rose 1.3% on the month, four times more than economists in Bloomberg’s polls anticipated. Imports rose by 0.6% compared with the median expectation for a 0.4% increase. As a result, the surplus rose to 16.3 bln euros, while the median forecast was for a 13.5 bln surplus. Germany’s trade surplus drives the current account surplus, which rose to 22.5 bln euros from 13.1 bln. The current account surplus averaged 20.5 bln euros a month in H1 21. This compares with an average of 16.6 bln euros in H1 20 and 19.6 bln in H1 19.

Press reports are playing up the growing rift between UK Prime Minister Johnson and the Chancellor of the Exchequer Sunak. Johnson’s approval ratings have sunk to a new low, with nearly half of the public disapproving of the prime minister. Over the weekend, a leaked letter revealed that Johnson was considering demoting Sunak.

Johnson and Sunak are at odds over public spending, taxes, and travel restrictions. Sunak enjoys greater support among the Conservative Party members than Johnson. Separately, after a sharp backing up after the hawkish BOE meeting, the short-end of the UK curve has stabilized today, and the March and June short-sterling futures are unchanged.

The euro briefly traded below last month’s low ($1.1752) to its lowest level since the end of March. It has stabilized in the European morning, at little changed levels. However, it has been unable to muster much in the way of upticks, and sentiment is poor.

There is a billion-euro option expiring at $1.1750 today. Nearby resistance is seen near $1.1780, with $1.18 being too far away to be practical today and where an option for almost 1.5 bln euros that rolls off today is struck. Sterling fell to an eight-day low near $1.3850. It has more than stabilized in the European morning. It has turned higher on the session. Resistance is seen in the $1.3920-$1.3935 area today.

The second consecutive increase of more than 900k US jobs solidifies expectations for a tapering announcement next month, with some strong hint expected at Jackson Hole later this month. The JOLTS report today should confirm that the demand for labor is recovering faster than supply. The highlight of the week is Wednesday’s CPI report that could see the year-over-year measures ease for the first time since last October.

Several Fed officials speak this week, including Bostic and Barkin this week. Meanwhile, the infrastructure bill was stymied in the Senate over the weekend. It will be taken up again today. Remember, the House will not debate and vote on it until next month.

Canada reported a healthy jobs report before the weekend too. Even though overall job growth missed expectations, the 94k increase was is proportionately equivalent to nearly a million jobs in the US. The unemployment rate fell to 7.5% from 7.8%, and the participation rate was steady at 65.2%. Full-time positions were filled for the first time in four months. The data was sufficiently strong to keep the chins wagging about the likelihood that Prime Minister Trudeau calls for an election in the coming weeks. Trudeau would most likely run against the Conservative leader O’Toole who appears not to have developed an economic platform.

Mexico reported July CPI figures today. The year-over-year pace is expected to ease slightly to 5.78% from 5.88% in June. Industrial output figures for June are due mid-week, and a flat report is expected. The highlight of the week is the central bank meeting on Thursday.

With inflation continuing to run well above the target, Banxico appears poised to hike the overnight rate by another 25 bp to 4.50%. Recall that it hiked rates in June, reversing February’s cut. Brazil’s central bank delivered a 100 bp hike last week and signaled another hike of the same magnitude next month. It takes some of the sting from tomorrow’s IPCA inflation measure that is expected to rise to almost 9% from 8.35% in June.

The US dollar briefly took out the pre-weekend high barely to rise to almost CAD1.2585, but it is poised to begin the North American session near its lows below CAD1.2540. It frayed the 200-day moving average (~CAD1.2575) as it has several times over the last couple of weeks but has not closed above it since July 20. Support is seen in the CAD1.2475-CAD1.2500 area.

Similarly, the greenback traded above last week’s high against the Mexican peso to poke above MXN20.0950 but has come back offered and will begin the North American session near its lows just below MXN20.02. A break of initial support seen in the MXN19.97-MXN19.98 could spur a test on the MXN19.90 area, with a more solid shelf near MXN19.80.