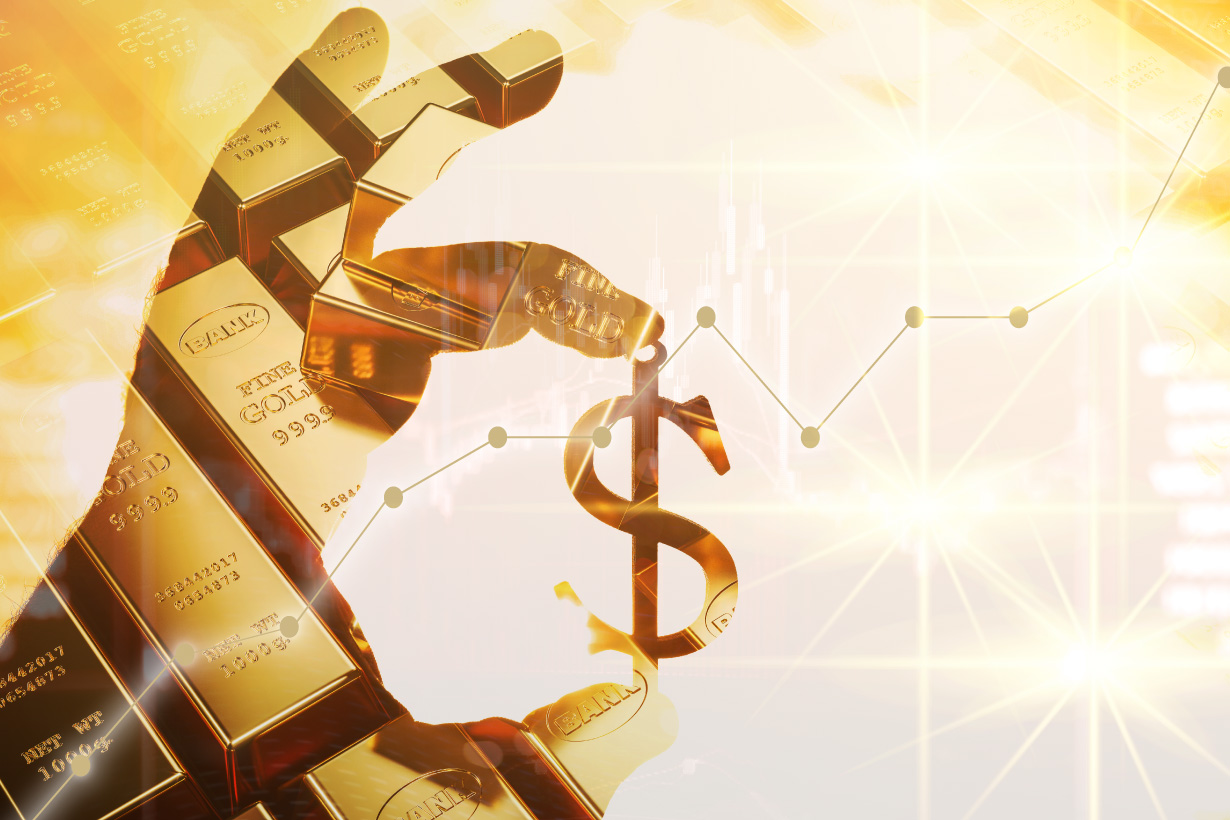 The yellow metal has been steadily gaining value for a century, despite a temporary setback in the previous decade. The allure of gold goes beyond its aesthetic values in jewelry and ornaments, its physical properties have made it a great conductor for electronics, and contained certain medical purposes as well, future technological advances will only increase its demand for new applications.

From a simple supply and demand perspective, gold production from mining operations is the sole supply factor. Over a 25-year span, 50% more gold had been mined and extracted, with hurdles from COVID-19 gradually lifting in various countries, production rate is expected to increase again.

On the other hand, gold mines are depleting over time; only 28 gold deposits have been discovered since 2012. S&P is pessimistic on gold’s long-term production in its market intelligence report, it expects little to no growth in gold production, putting notable upside pressure to gold prices.

Demand wise, gold is mostly sought after for jewelry and electronic components; and jewelry has been the primary source for gold consumption. The pandemic has considerably weakened the consumption figures from 719.2 tonnes in Q4 2021 to 517.8 tonnes in Q1 2022, after the health restrictions are lifted in China, market demand for gold is likely to recover.

Although the gold standard has become a monetary relic, some central banks still purchase gold as a safe, alternate asset to fiat currencies. This option is particularly enticing for new economic powerhouses like China, India, and Turkey etc. Gold purchasing for central banks has taken up to 80 tonnes in Q1 2022.

As gold trading is dollar-denominated, the greenback’s exchange rate is inversely related to gold demand, i.e. A cheaper dollar attracts investors to purchase gold at a virtually discounted price. When the greenback is weakened against major currencies, gold would become a viable hedge. Being a safe haven asset also means volatility in the market would draw capital from other assets with highest risks, which applies to most adverse events, e.g. economic recession, and natural disasters.

But what will happen when the shock is so big that it hits the entire global economy? The short answer would be: buy gold! Ever since Russia mobilized its troops on the Ukrainian borders in late January 2022, gold price has been increasing until early March. The market anticipated the unstable situation would bring major disruption to the market, food from Ukraine could not get out of the country, and Russian capital and products were cut off by the west.

After months of bombing, sieges, and skirmishes, the direct economic impacts of the war were mostly digested. The remaining elephant in the room would be the inadvertent inflation, partially caused by the Russian invasion, and the ongoing pandemic which wreaks havoc in other regions, notably China – the major exporter of goods and consumer of crude oil.

Then we see the Federal Reserve announcing a series of rate hikes, a hawkish approach to prevent price levels from skyrocketing. Other central banks like the Bank of England then followed suit, albeit increasing with fewer basis points. The disparity in rate hikes among different countries strengthened the US dollar against other major currencies, which in turn soured the market’s appetite for gold.

What’s next for gold then? According to Standard Chartered Global Market Outlook in April, the report is optimistic towards a bullish gold that banks on:

Gold has always been a defensive asset – mostly reacting to external factors, its appeal lies in its stable nature – like its chemical properties, not for its earning potential. The good news is – whenever the market is looking for a panic button, the shiny metal is always there. Check the latest gold price here