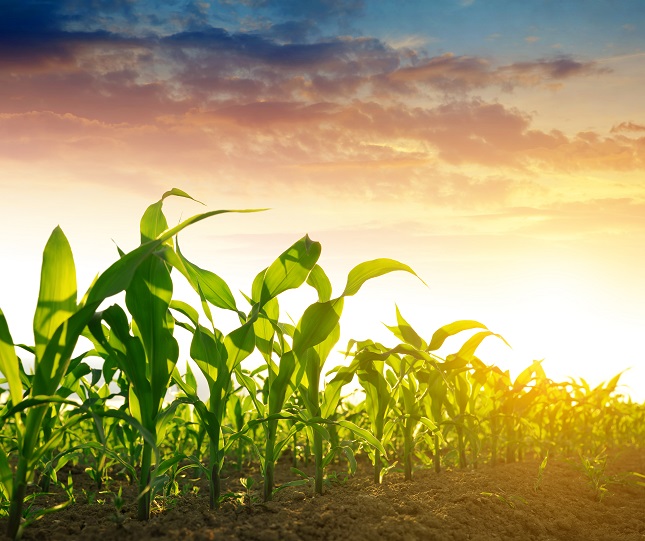 U.S. traded grain futures staged a comeback yesterday after two reports from the US Department of Agriculture raised the prospect for even tighter global supplies following the Northern Hemisphere harvest this autumn. The quarterly stock and annual acreage reports both came in lower than expected, and considering the U.S. is the world’s largest corn and second-largest soybean producer, it highlights the risk to supplies at a time where weather developments remain quite volatile.

The combination of lower planted acreage reducing the ability to replenish stocks now at the lowest since at least 2015, will result in the market becoming even more weather obsessed as changes up or down could still swing final production numbers by millions of bushels. Currently in the U.S. wet weather has hit parts of the U.S. farm belt, while drought risks are rising in northwestern areas and across Canada.

Why haven’t U.S. farmers responded to surging prices in recent months and gone all in to extract as much profit as possible following years of price disappointments? Perhaps the answer lies exactly in that, with farmers appearing to have become more disciplined following a number of years with low prices and excess supply. In addition, the general commodity rally has also increased the cost of fertilizers and gasoline, thereby potentially deterring farmers from expanding sowings to far into marginal and less yielding areas.

The Bloomberg Grains Spot index jumped 6.4% with individual prices of wheat, soybeans, and corn all rallying. Not least corn which after closing limit at $5.885 per bushel, a 6.3% increase on the day, has continued higher today.

Loss of positive price momentum since May helped accelerate an ongoing reduction in bullish grain and soybean bets held by speculators. Since the first week of January when the combined net-long hit a record 800k lots, it has been reduced by close to 50%. The bulk of the reduction being led by the soybean complex in response to slowing demand from China and President Biden considering to give refiners relief from U.S. biofuel laws, which require them to blend billions of gallons of ethanol and other biofuels into their fuel or buy credits, known as RIN’s, from those that do. The cost of RIN’s has reached a 13-year high, thereby putting some refineries at risk of bankruptcy.

Overall, however, the much-reduced involvement from speculators may add some tailwind to the price as strong fundamentals may drive an improved technical outlook, which is what many leveraged funds focus on the most when making decisions to buy or sell. 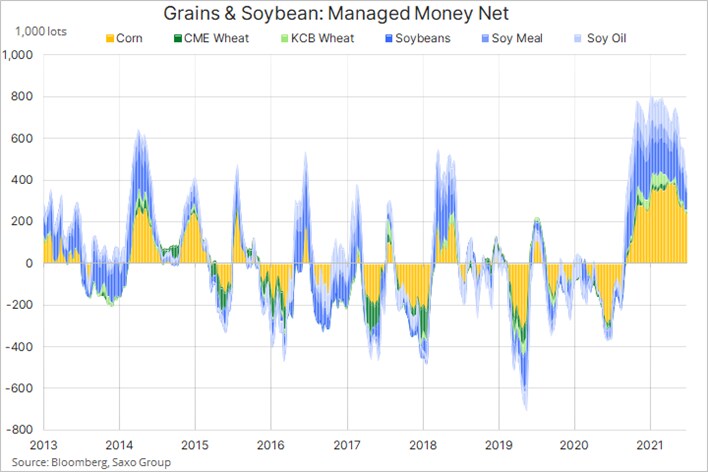