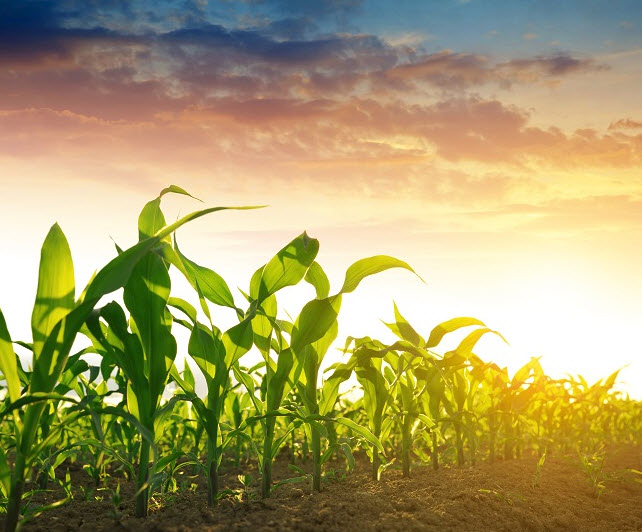 Corn prices surged higher climbing 3.8% in the wake of the USDA’s crop planting report. Resistance is seen near a downward sloping trend line that comes in near 390. Support is seen near the 10-day moving average at 377. Momentum has turned and is now positive as the MACD (moving average convergence divergence) histogram is moving higher and poised to cross the zero-index level. The fast stochastics surged higher reflecting accelerating positive momentum.

Soybean prices surged following the planting report that showed less than expected acreage. Prices were forming a wedge pattern which has now broken out. Support is seen near former resistance near a downward sloping trend line at 1037. Resistance is seen near the March highs at 1071. Momentum has reversed and is now poised to move higher.  The fast stochastics surged reflecting accelerating positive momentum.

Wheat prices moved higher but the planting report was not kind to this grain. Prices were able to recapture resistance which was former support near an upward sloping trend line near 450. Negative momentum is decelerating as the MACD histogram is printing in the red with a flat trajectory which points to consolidation. Prices are oversold as the fast stochastic is printing a reading of 5, well below the oversold trigger level of 15 which could foreshadow a correction.