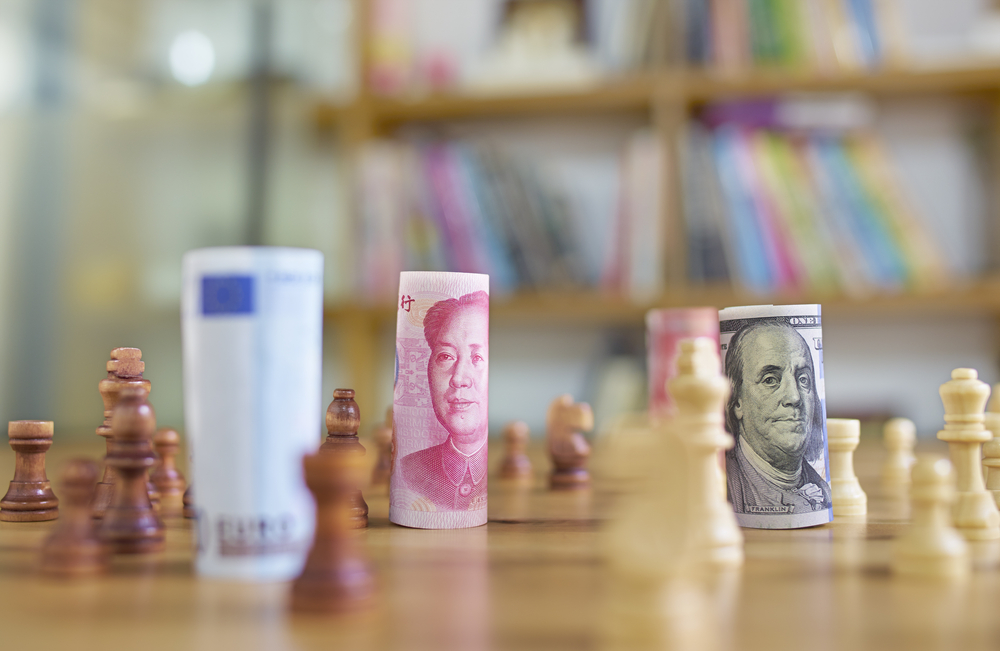 The pre-weekend and month-end activity may have exaggerated the greenback’s gains, but we suspect ahead of the FOMC meeting and the US jobs data that is the direction. Our understanding of the technical condition also favors a stronger dollar.

The jump in Australian rates may help explain why the Aussie was the strongest of the majors (~0.75%). However, the trajectory of monetary policy does not offer satisfying insight into other currencies. The underperformance of the Norwegian krone (~-1.0%), where the central bank will most likely hike rates next week, for example.

It seems almost as if the markets have concluded that most major central banks are behind the inflation curve. It expects that officials will move to correct the situation rather quickly regardless of the respective declaratory policies. This gap lends itself to policy challenges.

The Reserve Bank of Australia did not defend its bond target in the past week, though it did so on October 22. With little official guidance, the market took Australia’s two-year yield up more than 61 bp last week (to 0.715%), and more than a third was recorded ahead of the weekend. The divergence may lend itself to increased volatility, but so far, the volatility is confined mainly to the credit markets.

At the same time, the coupon curves generally flattened. There is some recognition that the rate hikes will be delivered in most major countries simultaneously as fiscal support is reduced. It is as if the great uncertainty leads many to swing between central banks slow to respond to the inflation risk and fear that they may choke off the recovery by acting against the price pressures. We suspect that the US dollar will trade higher next week as the market anticipates a hawkish Federal Reserve and a strong jobs report.

The year’s high was set on October 12 near 94.55 and gently trended lower, reaching almost 93.25 on October 28. That move looks to have been completed. The pre-weekend move to around 94.30 appears to signal another run at the highs. The MACD is poised to turn higher, while the Slow Stochastic has already done so. The 94.50 area corresponds to a (38.2%) retracement of its decline since March 2020. The next retracement (50%) is a little above 96.00.

The euro rose by the most in five months on October 28 and reached almost $1.17, its best level of the month. But it most certainly was not a harbinger of a strong rally. Instead, it seemed to be related to some position squaring ahead of month-end. It surpassed the (38.2%) retracement objective of the slide that began in early September found around $1.1670 but could not quite make it to the next retracement (50%) near $1.1710.

The single currency could not hold above $1.16 ahead of the weekend, and support in the $1.1585 was easily violated. It quickly dropped to $1.1530, just ahead of the year’s low of near $1.1525. Like we saw with the Dollar Index, the MACD is set to turn lower and join the Slow Stochastic, which rolled over last week. The next downside target is slightly below $1.1500, and a convincing break could signal another two-cent move.

The dollar approached a two-and-a-half-week low against the yen near JPY113.25 as the US 10-year yield approached 1.50% on October 28, corresponding to the (38.2%) retracement of October’s rally and the 20-day moving average. The greenback quickly recovered and rose to around JPY114.10 before the weekend, though it closed slightly below.

The price action helps mark out the range we have been anticipating, JPY113.00 on the downside and JPY114.50-JPY115.00 on the upside. The MACD and the Slow Stochastic are still falling. Barring the LDP and its coalition partner Komeito losing its majority, the election is unlikely to drive the exchange rate. However, many observers suspect an exceptionally poor showing for the LDP could lead to a larger supplemental budget.

Sterling rallied a little more than four cents from the late September low to the recent high around $1.3835, but it came to an end in a dramatic fashion. The weekly loss was modest (~0.55%), and it was fully accounted for before the weekend as sterling dropped around 0.8%, the most in October to slightly through $1.3670. The pre-weekend loss met the (38.2%) retracement objective of the month-long rally.

The next retracement objective (50%) is closer to $1.3625. The momentum indicators are just turning lower. The risk is a return to the year’s low near $1.34. The budget announcement seemed to reinforce speculation that the Bank of England will hike rates next week. Although Governor Bailey says ongoing QE will not prevent it from hiking rates, we suspect it will also adjust its bond-buying as two dissenters, including a deputy governor, wanted last month.

The Bank of Canada ended its QE and seemed to signal an earlier rate hike in the middle of last week. The more hawkish posture knocked the greenback from the top is its range, a bit above CAD1.2430 to almost CAD1.2300, the lower end of the range. It chopped within it over the next two sessions.

It flirted with CAD1.24 but finished closer to CAD1.2385. A move above CAD1.2430, where the 20-day moving average is found, would be an early sign that the US dollar’s decline since September 20 began near CAD1.29 will correct higher. The first target would be the CAD1.2490-CAD1.2520 area, which holds the 200-day moving average and the (38.2%) retracement of the leg down. The momentum indicators have turned higher, suggesting a stronger greenback.

The Australian dollar posted an outside up day on October 28, and it rose to its best level since early July. To be sure, this was not a breakout. The Aussie stopped short of the 200-day moving average, near $0.7560, and there was no follow-through buying ahead of the weekend.

The momentum indicators are stretched but are not quite turning. A break of the $0.7480 area would be the first sign of the pullback that we anticipate. The first (38.2%) retracement objective of the month-long rally is near $0.7410, which is around where the 20-day moving average is found. Below there, the next target would be closer to $0.7360.

The dollar gained a little more than 1% against the peso before the weekend, the largest gain in the month and half of the week’s advance. News that Mexico’s economy unexpectedly contracted in Q2 (-0.2% quarter-over-quarter) contributed to the selling pressure on the peso.

The greenback’s surge carried it slightly beyond the (61.8%) retracement objective of the decline from above MXN20.90 on October 12 to about MXN20.12 on October 22 and 26. That retracement target is around MXN20.6040. Despite the intrasession penetration, the dollar finished below it.

The next area of resistance is by MXN20.80. The momentum indicators have turned higher for the dollar. Ironically, if the peso’s weakness extends and persists, partly in reaction to the weakening economy, the inflationary impulse makes a 50 bp hike when Banxico meets on November 11 more likely. The first two hikes in the cycle were for 25 bp.

The yuan fell a minor 0.33% against the dollar last week, the first five-week loss. The greenback closed above CNY6.40 for the first time since October 18. It had looked like the dollar was settling into a range of around CNY6.38-CNY6.40. If we are right about the scope for broader dollar gains, the greenback could rise back into the CNY6.4100-CNY6.4250.

The yuan’s weakness comes as the inclusion of Chinese bonds by the FTSE Russell flagship index becomes effective. On the one hand, China’s premium over US 10-year yields has fallen from 220 bp at the end of last year to 126 bp in late October and finished the month around 144 bp. On the other hand, of the major bond markets, China is the only one where yields fell this year (~16 bp).