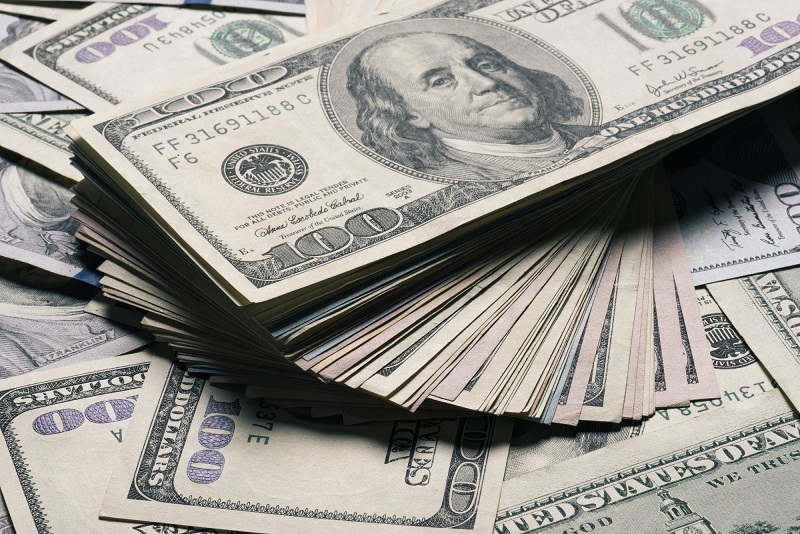 The recently hawkish FOMC statement and forecasted plan will push the dollar to trend bullish in the coming months. On top of that, ECB seems to be more dovish and whilst the Fed is considerable responding to its high inflation levels. Speculators were expecting dollar to breach its previous high to form a new high for the year.

Could the delay be the fact we are approaching holiday season, who knows, but I do know that the above notion will continue to narrate dollar to be bullish next year. On top of that, we have Omricon variant spreading aggressively throughout the European Union which is returning some countries back to lockdown season, this will push the negatively correlated EURO to depreciate even further. 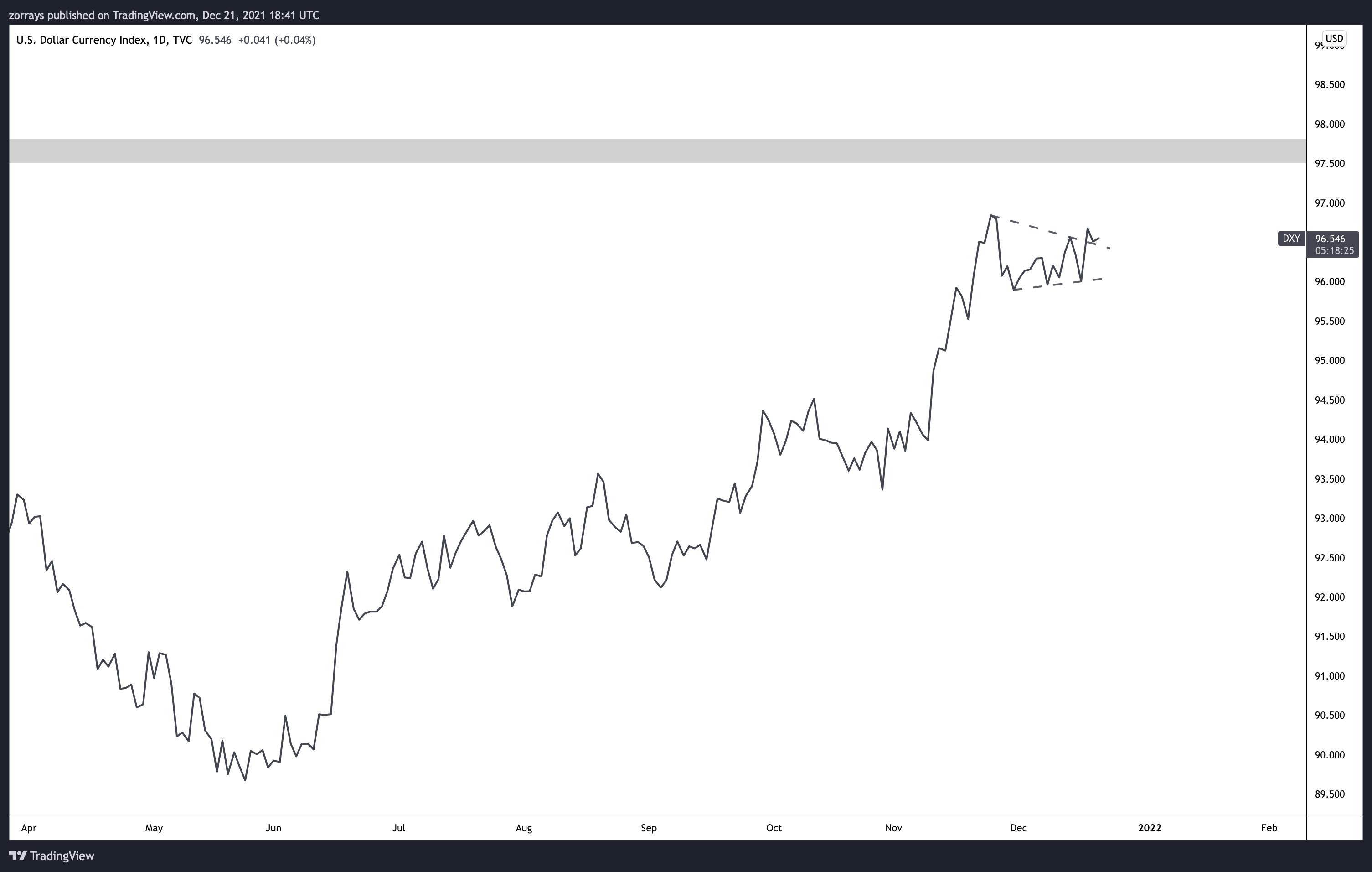 Starting with the Dollar Index, hawkish Fed prepares dollar for next leg higher. Although DXY is holding a strong up trend it is currently correcting despite last week’s announcements. We are currently playing inside a symmetrical triangle which usually treated as a continuation pattern, therefore, with a breakout we could expect another push up into the 97.5 resistance handle. 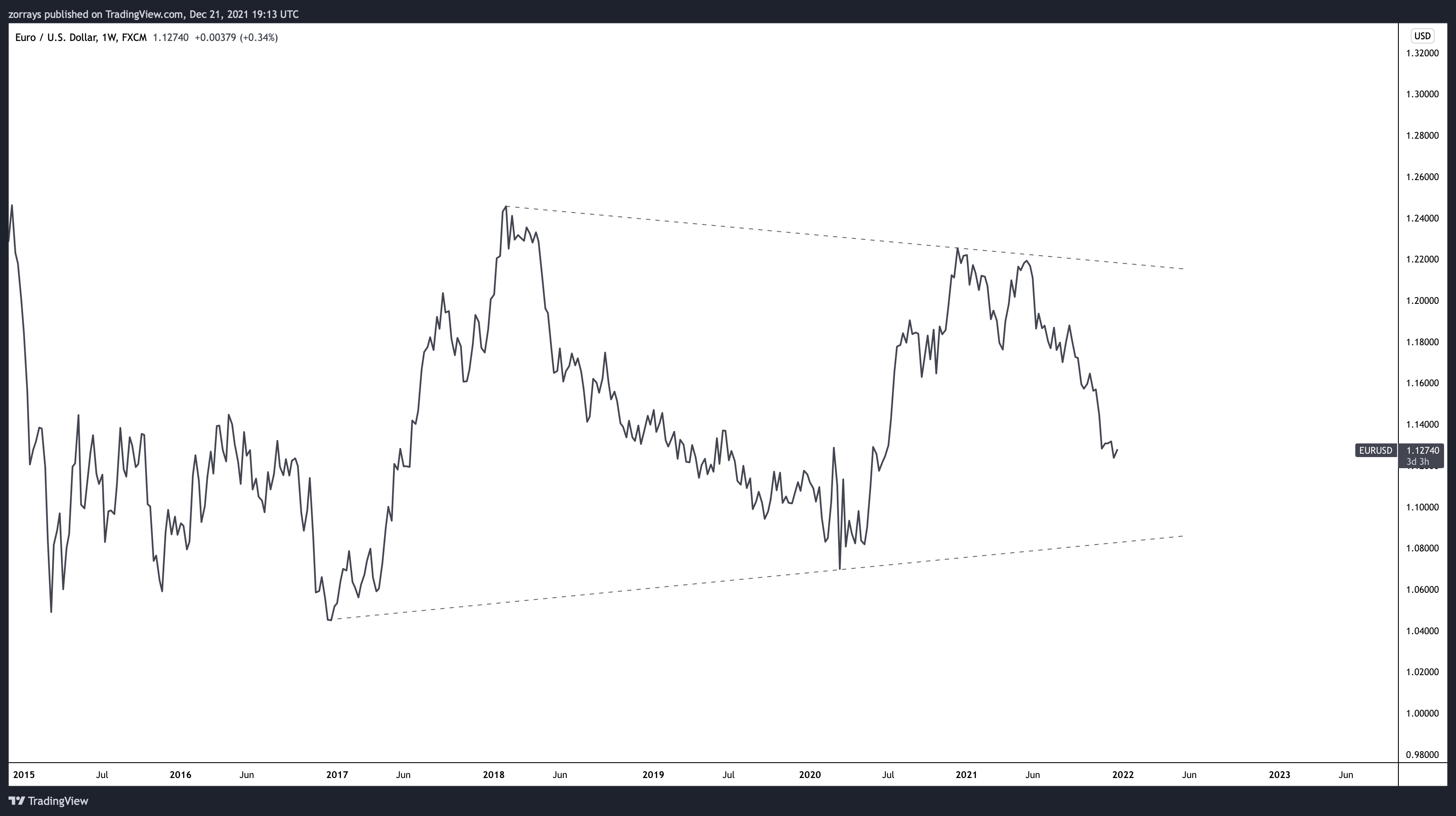 Weekly timeframe is showing EURO inside this long-term triangle pattern formation which has been active since Q4 2016. I can see the price is making its way towards the lower bound of this triangle. 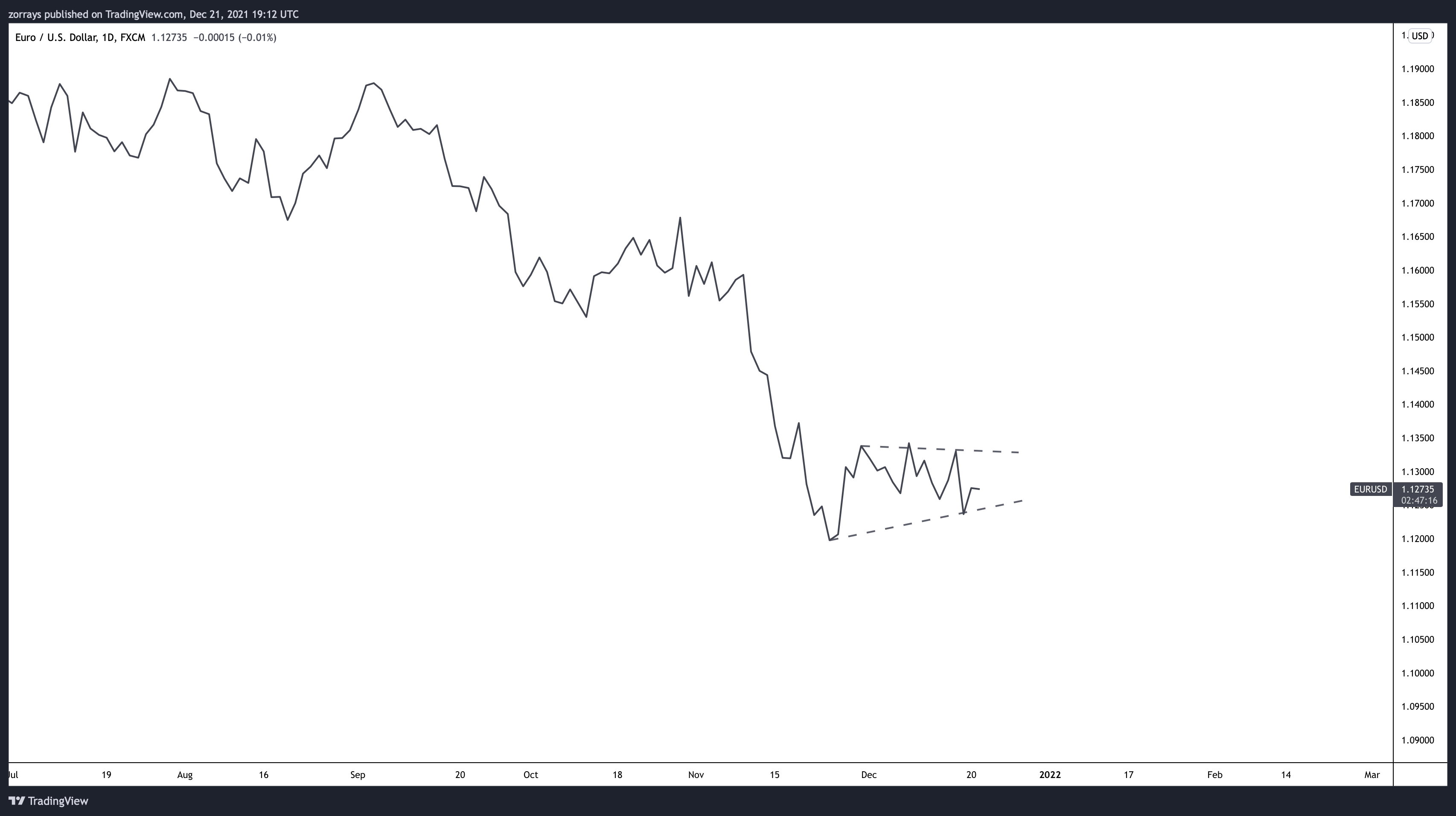 Zooming in a bit more, we can see the same inverted picture as the Dollar Index. EURO is inside a symmetrical triangle as well and it seems like once we have a breakout to the downside, we can expect another push. 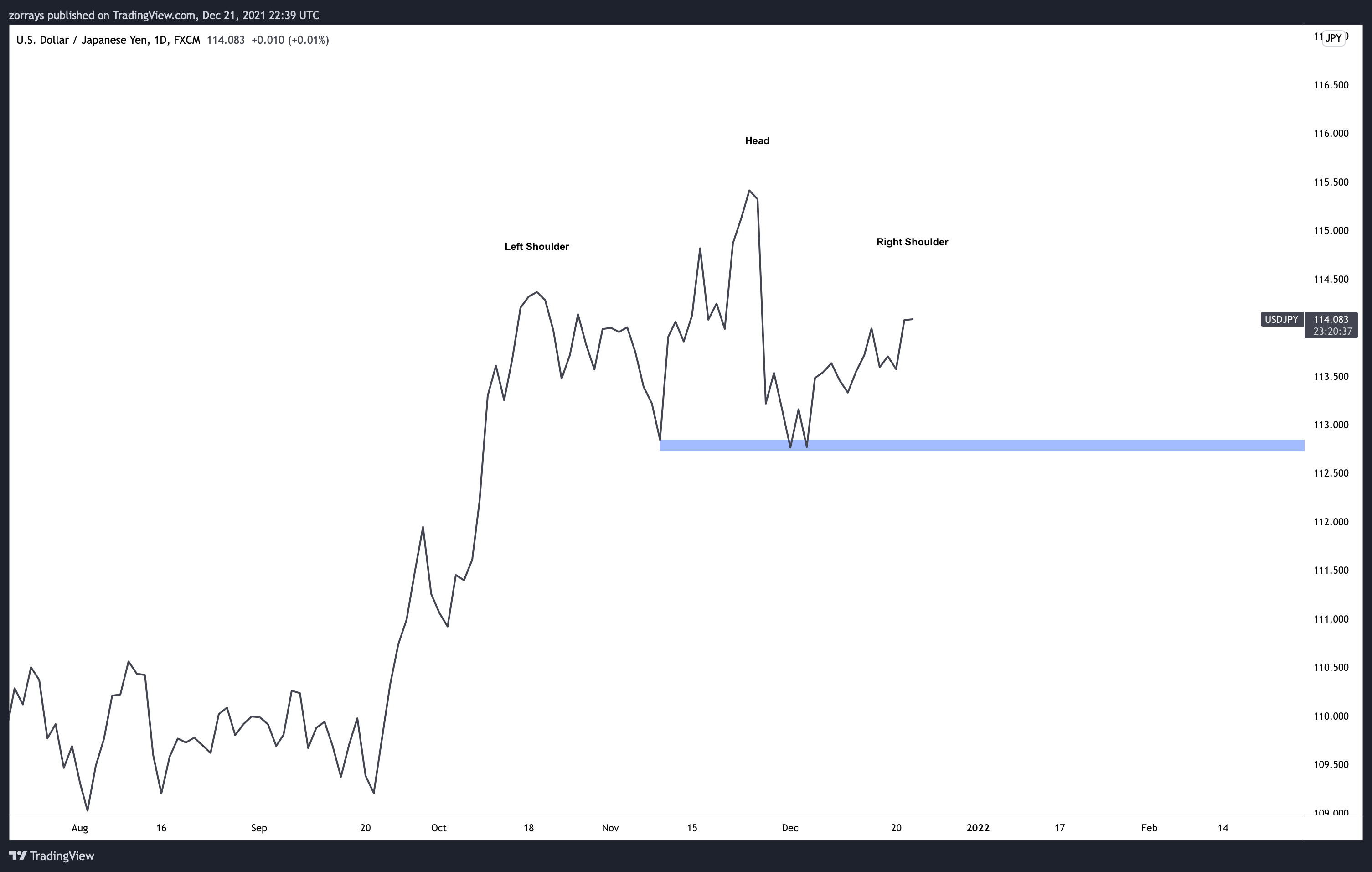 Japanese yen may stay supported on unstable risk sentiment. I have recently written an article explaining how USD/JPY will be looking to appreciate in the long run but prior to that we may expect some mild bearish moves and I believe the trigger for that could be the Head and Shoulders pattern. This short-term short squeeze would effectively be a medium-term correction of the bullish run of USD/JPY.