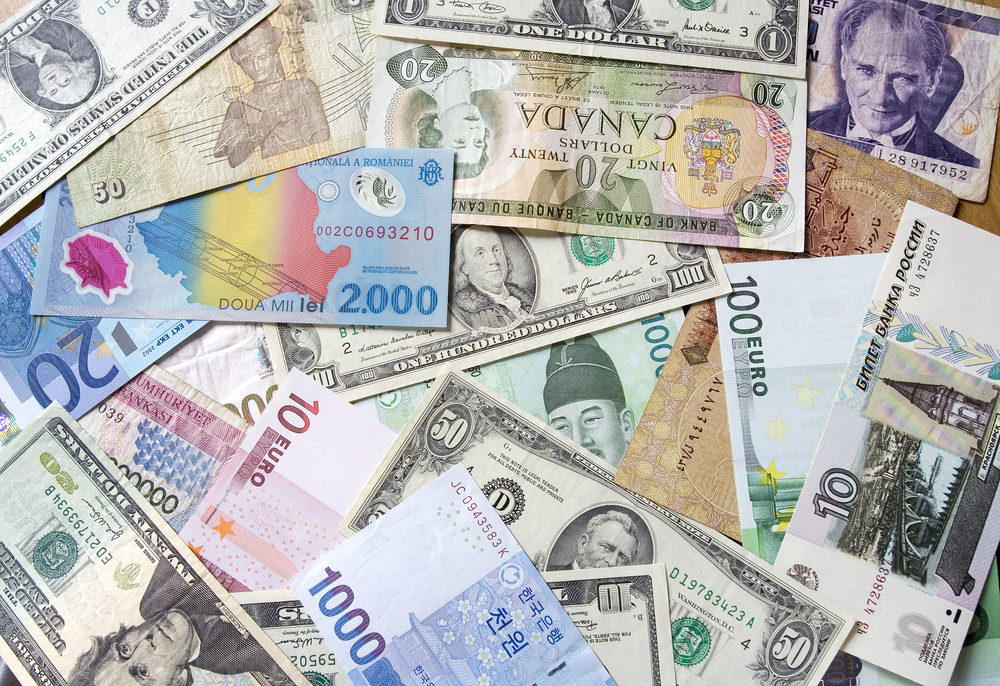 The yen was the weakest of the major currencies, falling almost 1.75%, its worst week since March 2020. The JP Morgan Emerging Market Currency Index initially declined to a new low for the year before recovering to snap a five-week slide and gain nearly 0.45%.

Despite the six basis point gain ahead of the weekend, perhaps helped by a stronger-than-expected September retail sales report, the 10-year note yield of 1.57% was off about four basis points on the week. The short end of the coupon curve was firmer as the curve flattened. The 2-year yield rose six basis points to 40 bp, the highest since last March. The yield has fallen only in one session so far this month.

As we have noted (here), the market is particularly aggressive in pricing in Fed tightening next year. With the average effective rate holding at eight basis points, the August 2022 Fed funds futures contract implies a yield of 23 bp, which is equivalent to a 60% chance of a hike at the late July FOMC meeting. The Federal Reserve says it will finish the tapering around the middle of next year.

Since last month’s FOMC meeting, the Dollar Index rallied from slightly below 93.00 to a little above 94.55. It has since pulled back to test the midpoint of that rally (~93.77). It consolidated ahead of the weekend with an inside day. The MACD is has rolled over, and the Slow Stochastic did not confirm the high and has turned down. The next retracement objective (61.8%) is closer to 93.60, which is also about where the (38.2%) retracement of last month’s rally is found. Despite the pullback and the fraying of the 20-day moving average (~93.85), the Dollar Index has not closed below the moving average since mid-September. Given its firm close before the weeks, it seems more like consolidation right now than a trend reversal.

Last Wednesday and Thursday, the euro posted its first back-to-back gain since early September. It rose to almost $1.1625 on Thursday, stopping just shy of its 20-day moving average and the month’s high of $1.1640. The $1.1640 area also marks the (50%) retracement of the euro’s losses since the FOMC meeting concluded on September 22. Although the MACD and Slow Stochastic have turned up, the price action is not inspiring, though it managed to finish the week above $1.16, even if barely, for only the second time this month.

The greenback gained against the yen in six of the last seven sessions. It rose from about JPY111.45 to JPY114.45 during this run and reached a new three-year high. Indeed, its four-week rally matches the longest advance since April-May 2018. Rising US yields (last week more about the short-end than long-end) is the key catalyst. More participants are talking about new opportunities for the carry trade, but momentum players appear to have also jumped aboard.

We identified the JPY114.50-JPY115.00 area as the possible top of a new range. The MACD continued to trend higher and is approaching the high for the year set in March and April. The Slow Stochastic appears to be poised to turn lower earlier next week after re-entering over-bought territory. Initial support now is seen in the JPY113.00-JPY113.25 area.

Sterling had a good week, gaining 1% against the dollar to reach its best level in a month (~$1.3775). It is up 2% this month, helped by an aggressive backing up of short-term UK rates. Specifically, the implied yield of the December 2021 short-sterling futures contract rose 8.5 bp last week, its sixth weekly advance, during which time the rate has surged 24 bp as the market prices in a hike before the end of the year.

There are two meetings left (November 4 and December 16). The momentum indicators are trending higher, and the five-day moving average crossed above the 20-day for the first time since mid-September. The pre-weekend gains toward almost $1.3775 kissed the upper Bollinger Band. Look for sterling to run into resistance in the $1.3800-$1.3850 area, which holds the (50%) retracement of its decline from the June1 high when it last traded above $1.42, the 200-day moving average, and the trendline connecting the May and September highs. Initial support now is likely in the $1.3650-$1.3670 area.

The US dollar fell for the fourth consecutive week against the Canadian dollar. Since last month’s FOMC meeting, the Canadian dollar has been the strongest major currency, appreciating by around 3.25% to its best level in three months. At the end of last week, the US dollar approached the measuring objective of the head and shoulders pattern we have been tracking that projects to about CAD1.2300. The greenback exceeded the (61.8%) retracement objective of its rally since the multi-year low was set on June 1 near CAD1.2000, which came a little above CAD1.2365.

After dipping below CAD1.2340 before being squeezed back to CAD1.2400. The MACD is at its lowest level in a few months but does not appear poised to turn higher. On the other hand, the Slow Stochastic has flatlined in oversold territory. Initial resistance is seen in the CAD1.2430 area. Since the Bank of Canada meeting on September 10, the June 2022 BA futures contract has sold off, and the implied yield has risen by about 28 bp. It consolidated in the second half of last week. The swaps market is pricing in about 75 bp of tightening over the next year.

The Australian dollar rallied almost 1.5% last week and finished above $0.7400 for the first time in over a month, corresponding to the (38.2%) retracement of the decline from the May high of almost $0.7900. It traded above its upper Bollinger Band every day last week and closed above it (~$0.7415) for the second consecutive session ahead of the weekend. Booming commodity prices are widely seen as a supportive factor, but they did not appear to do the Aussie much good in the June-August period.

The economic re-opening helps explain why the market can look past poor data, like the September employment report. The Aussie has fallen in only three sessions so far this month and is looking stretched. The MACD is overbought and is at its highest level in five months. The Slow Stochastic is also overbought and could turn lower next week. Initial support below $0.7400 is around $0.7375-$0.7380. On the upside, last month’s high was closer to $0.7480.

The greenback’s four-week rally against the peso ended with a bang. It fell almost 1.7% last week, the largest weekly loss since June. The dollar made a marginal new seven-month high a little above MXN20.90 on October 12, reversed lower, and fell to MXN20.32 ahead of the weekend, a new low for the month. Two factors helped the peso recover. First, the tone from most Banxico officials and the minutes seemed to play up the chances that the central bank may lift rates by more than the previous quarter-point moves. Second, risk appetites were strong, helping lift equities.

The MSCI Emerging Market Equity Index rose the second consecutive week after falling in the previous four weeks. The momentum indicators are heading lower for the dollar. With the pre-weekend decline, the greenback has given up a little more than half of the gains since the mid-September low (~MXN19.85). That retracement was found a little below MXN20.38. The next retracement (61.8%) is around MXN20.25.

On October 14, the PBOC set the yuan’s exchange rate against the dollar lower than the models (Bloomberg survey) suggested. The gap was big enough to suggest that perhaps officials were signaling that they did not want to see continued yuan appreciation. The market seemed to shrug it off and took the yuan to a marginally new four-month high before the weekend. Some observers draw a connection between foreign flows returning to the Chinese equity market and the yuan’s strength. PBOC’s claim that the risks posed by Evergrande are “controllable” and unlikely to spread is precisely what other central banks said as the housing market bubble popped in 2007-2008.

Investors seem mistrustful and have taken other high-yielding Chinese bonds (mainly in the property development sector to around 20%). Given the slowing of the economy and the low consumer inflation, we suspect officials do not want the yuan to strengthen much from here, but to impose their will, it may have to escalate its efforts. Initial support for the dollar may be in the CNY6.4200-CNY6.4250 range, with CNY6.45 the likely nearby cap.