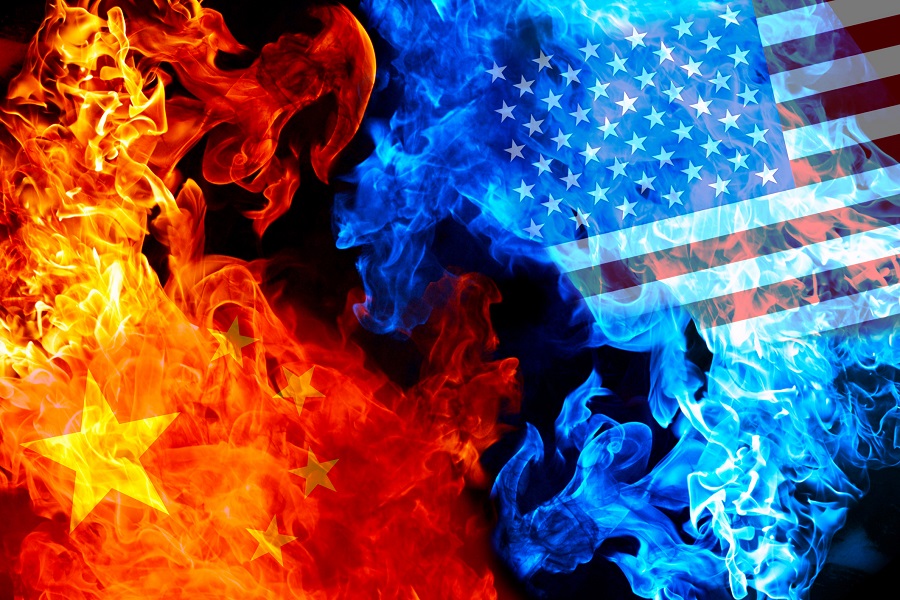 None the less, a hasty awareness engulfed investors that the signing of Phase 1 of the US/China trade deal is just a detente in the broader scheme of all things trade war which saw risk take a wobble in early Asian trading.

We are trading in uncertainly times, which will continue to test the market resilience and investor’s mental toughness. Whether its trade wars, geopolitical tension in the middle east, a US President about to get impeached not to mention ” risky cracks” appearing on a spewing volcano close to Manilla and the crazy fire in the land of Oz. What an insane world we now live in, and I’m talking back to the days of lotus 123 days.

So here we are on the cusp of a trade deal, and Mnuchin thought it necessary to remind everyone that trade deal isn’t a political mechanism to the roars of laughter heard across Asia trading rooms.

Not a great deal of action to report in Asia as the market based after API stockpile data bearish to consensus inventory build saw oil prices fall early.

From there it was a bit of a see-saw concerning the two dueling narratives below.

The EIA Forecast changes for 2020 are bearish with demand growth cut and non-OPEC supply growth raised.

But keeping the Oil bears honest while holding a floor in Asia OPEC and friends may decide to postpone an upcoming policy meeting from March to June, Russia’s TASS news agency reported on Tuesday, citing an unnamed source in OPEC. OPEC+ may extend its current oil output cut deal until June if the March meeting is postponed, TASS quoted the source as saying.

The world’s favorite hedge, long gold, is back on the radar again. Investors are concerned about the path to Phase 2 and the US election risk, which isn’t staying too far from investors’ minds.

So, phase one is a done deal, but where do we go from here. No question the detente is favorable for risk, but some investors are getting that sinking feeling that all that is realistically possible to agree on is in the deal, and there is no real Phase 2 in the plans at all.

It’s taken us two years to get China to buy some more massive amounts of Pork and energy. Incidentally, 2 commodities they have an unquenching demand. Given the trade deal sentiment yo-yo we’ve had and the volatility we have seen over the years, a level of caution could be warranted.

Still, I think it’s too early to adjust the portfolio weighting higher in gold just yet as there is still a lot of fast money sellers on top and buying on dips continues to be the preferred strategy.

Despite the early morning wobble in Asia, a more favorable pattern of further trade negotiations is more likely, which could include a roadmap to further discussions or even step by step by phased in tariff rollbacks if structural issues can be resolved.

But given that the Trump administration is about as organized as the $5 DVD Bin at Walmart, that’s probably a stretch too far, the step by step that is.

Cable is trading higher as, despite the dovish BoE retort, monetary policy transmission to FX markets has been a poor indicator lately. But the market could be getting that sense of déjà vu all over again that the opportunity of capital flows drifting back to the UK in 2020 is too big to ignore.

I realize the BoE bias to cut is transparent, but not sure why they’re falling over itself to communicate a rate cut right after a significant tail risk suddenly looks a lot less tail-risky?

Yesterday looked to be the day to fade UK rates, and sterling bounced off 1.2950 very convincingly.

USDCNH opened higher on Mnuchin and Huawei headlines but spent the whole morning grinding lower despite the underperformance in the local equity markets. Swaps are still tight despite the double Pboc injections. Yuan traders appear more convinced about the direction of travel than it is about the shape and form of the next step of the deal, which is holding trader back for from buying more Yuan

The Malaysia Ringgit is trading weaker today, but its purely following USDKRW, USDCNH, and onshore spot.