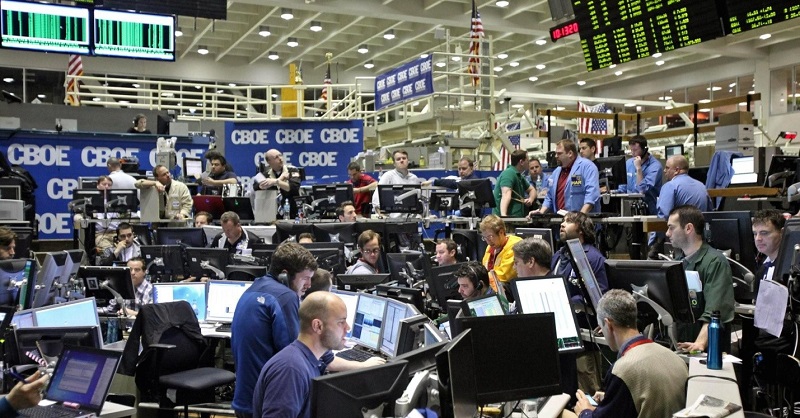 After moving sideways Tuesday, S&P500 surged into the close when President Trump declared, ” We’re in the final throes of a very important deal.”

Now it’s time for both leaders, Trump and Xi, to schedule a venue and put pen to paper on the Phase one deal officially. If there was ever a time to break bread now is the time as investors are not piling into equities for health reasons, they’re expecting a substantial payout when the deal is finally signed sealed and delivered. And they certainly won’t be in the mood to be walked down that trade talk garden path only to run into another dead end.

Connecting the trade talk dots looks convincing enough, but with December 15 looming large where the imposition of 15% tariffs on $160 billion of Chinese imports sits ominously. If the deal can’t get signed ahead of that date, an announcement of the tariff deferral would ultimately provide a high degree of reassurance that an agreement is in its final throes.

“Final throes” isn’t the best analogy mind you, but perfectly fitting for the agonizingly painful suffering the US imposed tariffs have put the global economy through.

The surprise crude build disappointed the oil bulls and likely encouraged some end of day position squaring. But oil prices continue to be driven mainly by US-China trade news flow, which remains hugely encouraging even more so after President Trump sounded extremely optimistic hinting that a deal was just around the corner.

A phase one deal is thought to be needed before December 1 to avoid the possible imposition of 15% tariffs on $160 bn of Chinese imports scheduled for December 15. So, until we get some clarity on the venue and date along with the exact measure of tariff rollbacks, the trifecta of positivity, US-Sino trade talk optimism, OPEC + compliance, and a durable US macro data scrim, should hold any of the oil bears at bay. Still, the anticipated deal knee jerk higher may only happen when the pen gets put to paper.

Gold took a very sharp bounce off the $ 1450 level, which should be the level to watch as a strong support point for the remainder of the week.

The market is in an extended period of consolidation at the bottom of the recent range, waiting for the next major catalyst to emerge. US economic data will likely factor a lot into gold trader’s decision making into year-end as its data that will influence the Fed thought process.
But simplifying the complexities of gold prices into a sentence or two is virtually impossible.

First, gold trading could be a casualty of reduced liquidity ahead of the US Thanksgiving holiday. The gold desks I’ve spoken too are reporting low volume buys on the latest bounce. And since the current rally appears broad-based – across all precious metals – there could be some technical month-end rebalancing and rolling over of the December contracts that could influence the price.

Still, the market remains on the defensive as any significant trade progress could knock prices lower. However, the latest positive trade headlines have merely clipped but not reversed golds overnight gains suggesting the market is keying on the US economic data as well

The reasons for gold’s bounce higher in US trading was disappointing economic data as the US consumer confidence fell in November, the fourth straight decline.

So, while risk sentiment as expressed through JPY looks negative for gold, the opportunity cost of risk-free asset returns as measured by the real 10y Treasury yield, which fell overnight on the weaker US data, is supporting gold prices today.

While the near-term path may be lower, the downside may be limited. Despite the improved risk-on sentiment, investors’ attitudes have remained favorable toward gold. Comex positions rose by 1.2moz last week to 31.9moz, according to the Commitment of Traders data, while Gold ETFs rose for a fifth consecutive day Monday, with 156.7koz inflows into US-based funds.

But for gold, its all about the Fed.

Its data from the US manufacturing sector that perfectly illustrates the difficulty the Fed face. The backward-looking data continues to paint a deteriorating economy, but the forward-looking data looks rosy. This year the Feds have been favoring the forward-looking indicators suggesting that a negative sequence of forwarding looking events would be needed for the Fed to cut. Still, as things stand today, those prints will discourage them from cutting interest rates. Which is ultimately bearish for gold.

The chunky LVMH/Tiffany M&A deal worth 16.2bio USD is likely weighing in the EURUSD. Still, for now, with renewed strength in USTs, the pair seems to be resilient above 1.10 handle again, but with the lack of better European data lately, the single currency might struggle to find legs. But with the holiday-shortened week, traders are more prone to put through client orders rather than extend risk.

The Yuan is trading up this morning due to trade optimism, which should lend some support to the Ringgit today. But eyes will be on the KLCI to see if it can reverse it’s losing streak, as stock market outflows have continued to weigh on the Ringgit sentiment this week. This despite a risk on narrative boosting another ASEAN market on the back of trade talk optimism.

Brent crude is holding above $ 64.00 per barrel today, which should lend support to O&G constituents so we could see the Ringgit trade on a more favorable note today.