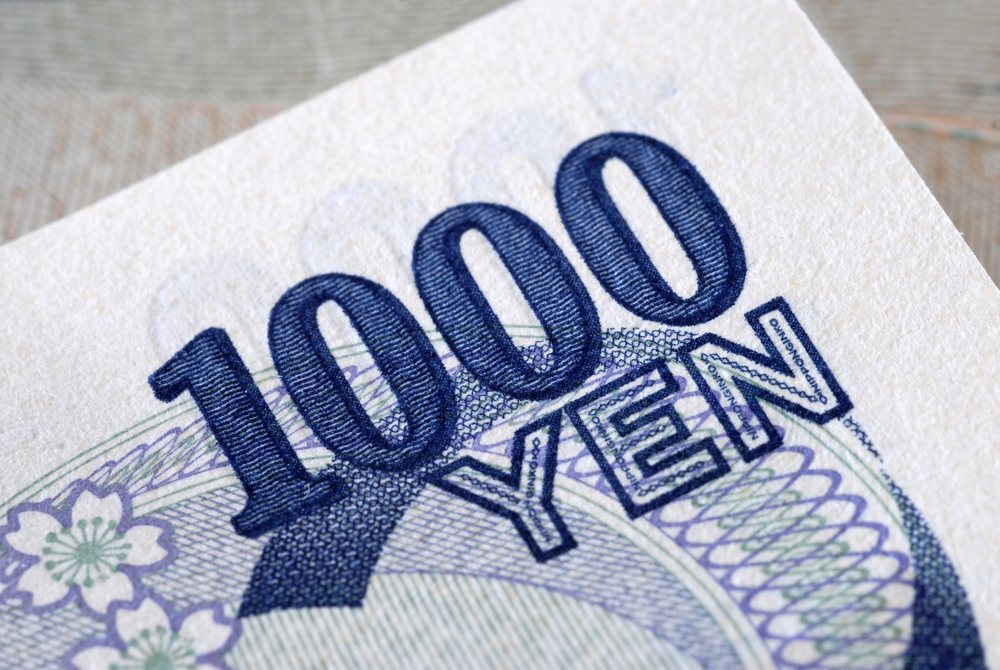 However, this JPY weakness may not be seen only vs majors, but vs USD as well, as USDJPY pair shows only three wave set-back followed by a nice break out of a channel. As such, we think more upside can be coming this week, to around 115.00

USDJPY came once again slightly lower on 4h time frame, but not in five waves yet, so it can be just another correction within the uptrend especially after a bounce from 113.20 support. We see that retracement as a wave four so there is room for 115.00-115.50 this week. 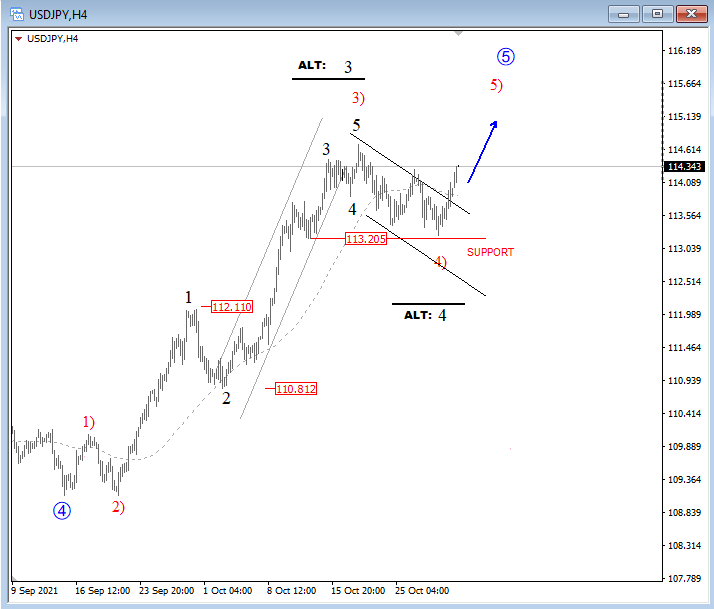 As expected, EURJPY is making a nice correction within wave 4) in the 4-hour chart, which looks to be still in play or maybe already finished after reaching 38,2% Fibonacci retracement. Anyway, support is still good here in the 132.0 – 131.0 zone, so sooner or later we can expect a continuation higher for wave 5), while the price is above 130.40 invalidation level. 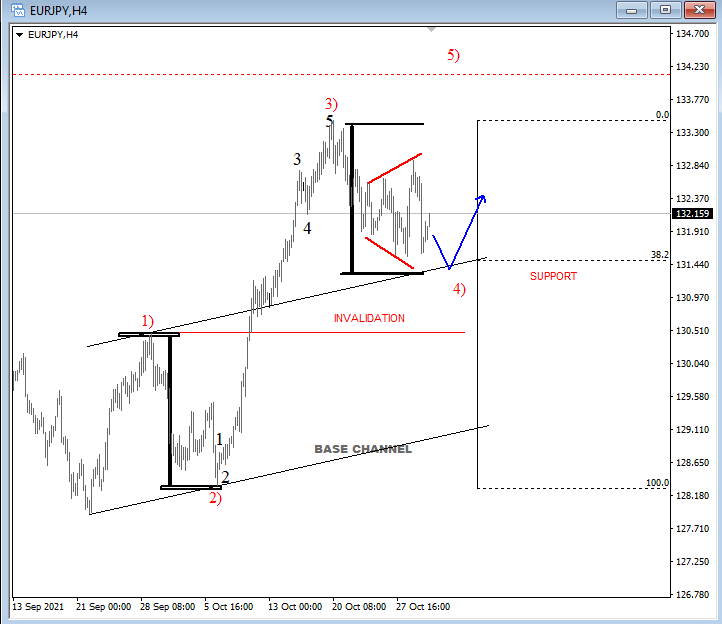 GBPJPY is slowing down in the 4-hour chart after a push above May highs, which we ideally see as part of wave iv) correction of a five-wave bullish impulse, mainly because of slow and corrective price action. So, more upside is in view for wave v), probably from current 13 May swing high that can act as strong support here in the 156-155 zone. 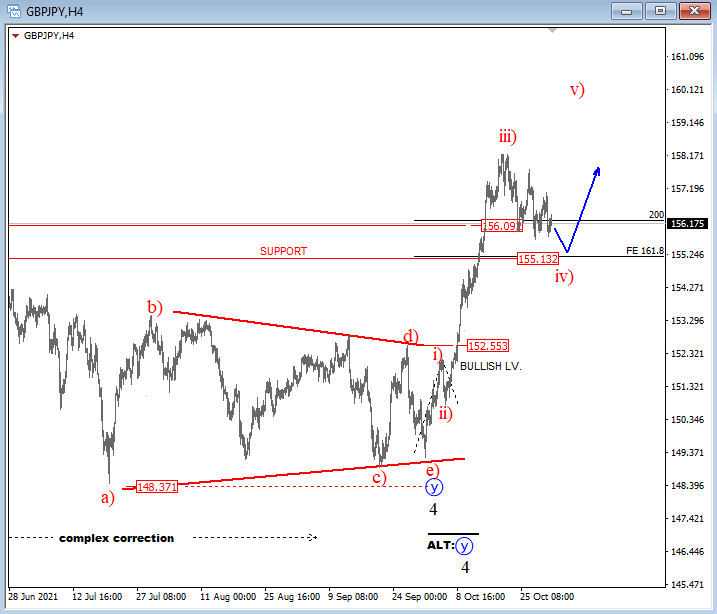