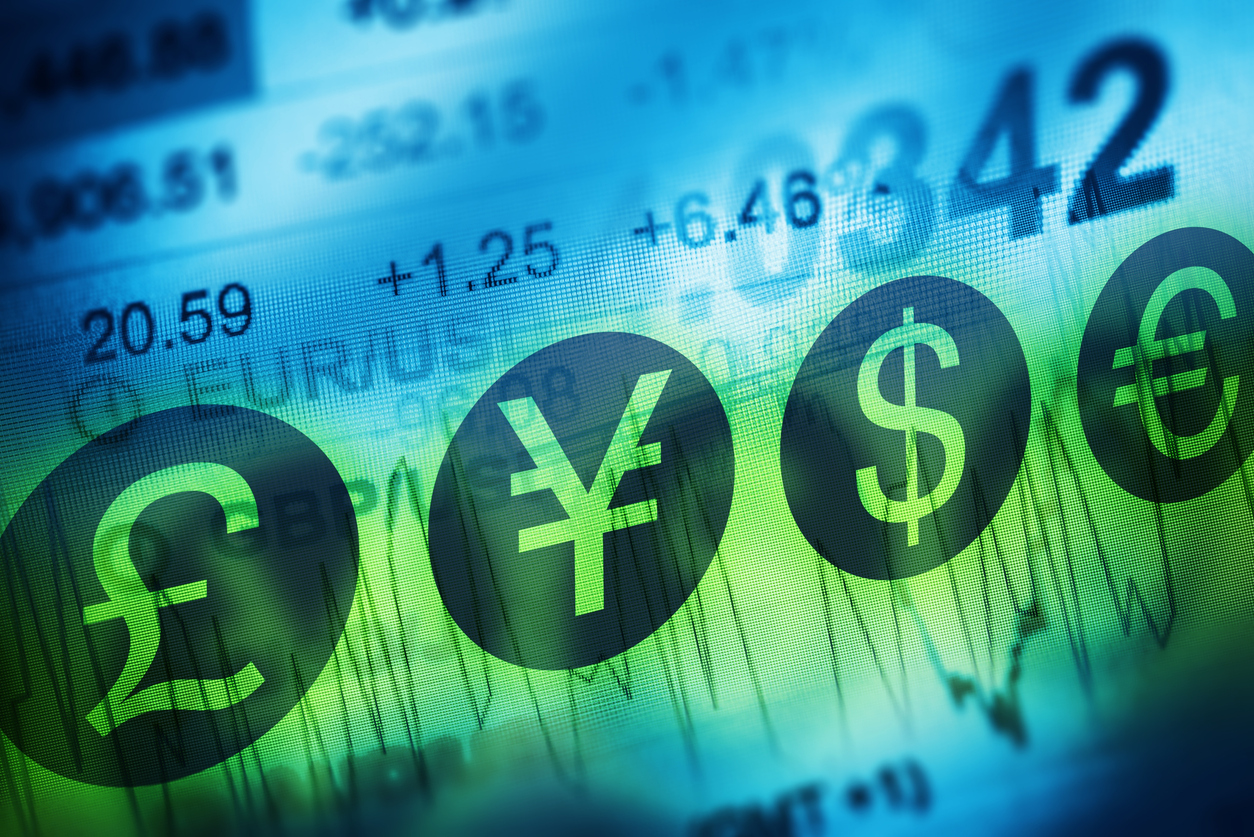 I hope it helps put a few key events on your radar I feel could shape the narrative.

EURUSD (daily chart) – It’s hard to be long EURUSD with the ECB meeting in play tomorrow (21:45aest), but price is currently testing the neckline of the double bottom (1.1264), and with triple divergence, one of the best reversal indicators, potentially playing out, we could be eyeing a technical long for a move above 1.1400 shortly. This could have far-reaching implications for global markets, albeit a bit more work needs to take play out in the move.

Looking ahead at the key risk events for June

In reality, no one expects the ECB to change interest rates, but we could easily see Mario Draghi, once again, push out the banks forward guidance on when rate hikes are expected to go up. Currently, the bank has committed to keeping interest rates at current levels until at least the end-2019. However, the risk is that this guidance is pushed out into 2020, or we could even see the calendar-based guidance removed altogether. But a failure to push out its view on rates could be seen as a EUR positive.

EURCHF weekly – Will this bounce off or crash through key support?

If we look at EU inflation expectations (see chart below), an input the ECB look at closely, we can see expectations have fallen to 1.31% and the lowest levels since 2016. So, one questions how the ECB can be anything but dovish and is a growing consideration for the ECB, with the market questioning if we get colour on the ECB’s appetite to restart its asset purchase program. There will also be focus on any further clarity on the targeted liquidity program to European banks.

The ECB aggressively lowered its growth forecasts in the March meeting to 1.1%, so it would surprise if they went downgraded expectations again, but the market will be keen to assess any new changes to its growth and inflation forecasts.

Traders always anticipate the US non-farm payrolls report as a potential volatility event and given the growing calls for tougher economic conditions in the US, the last thing the USD bulls want to see is an unexpected deterioration in the labour market. We can see that the consensus estimate sits at a healthy 183,000 net jobs (economist range 215,000 to 80,000) created in May, which is a slight discount to the six-month average of 209,000 and one-year average of 214,000. As always, the magnitude of moves in the USD and US equity markets will be driven by the extent of the beat/miss relative to this consensus figure.

The unemployment rate is probably the more influential variable to the Fed though, given the importance of the labour market for Fed thinking. Again, it seems unlikely to concern traders too much unless the unemployment rate comes in above of 3.8%, which would be a surprise and one would then have to consider the influence of the participation rate here. The fact that the US unemployment rate sits at a multi-decade low unemployment rate is simply not resulting in significant wage pressure, which is the backbone of the Fed’s assessment of inflation. With this in mind, keep an eye on average hourly earnings which is expected to remain at 3.2% and again, if this comes in hotter or colder could have an influence on the USD.

With Mario Draghi due to step down as ECB president on 31 October, there is much speculation as to who could be Draghi’s replacement. The market has seen time-and-time again that when it comes to producing dovish surprises, Draghi wears the crown as king of the central bank doves. It has become almost too predictable that the EUR will fall in the wake of Draghi’s speeches. There is some market chatter that we could get an announcement of Draghi’s successor at this EU Summit, and with monetary hawk, Jens Weidmann considered a front runner, perhaps this Summit could prove to be a volatility event for the EUR and German DAX.

With genuine concern that the ECB lacks have the monetary toolkit to navigate the Eurozone through another major economic downturn, who leads this organisation really matters to FX pricing.

With trade relations at the epi-centre of markets, and Trump seemingly taking on all comers, the market is looking for a circuit breaker, and an excuse to cover shorts and put risk back on the table. While it hasn’t been confirmed, there is much speculation President Trump and Xi could meet face-to-face in Japan, with the risk skewed that we finally see some convergence in the narrative and a bond to achieve a deal. At this stage, Trump’s action is breeding huge uncertainty not just in markets, where the talk has moved from ‘if’ to ‘when’ we will see the first rate cut in this cycle from the Fed. But, more prominently at a corporate level, so how Trump interacts with Xi, should it play out makes this event a must-watch.

Oil markets have been savaged since 23 April, with traders focused on poor China demand indicators, amid the backdrop of broad negative financial market sentiment, better supplied US inventories and supply dynamics driven by risks in Iran, Libya and Venezuela. Compounding the poor sentiment towards crude, Russian authorities have raised concerns about its ongoing commitment for production curbs of production.

With WTI crude (XTIUSD) eyeing a possible test of $50 and Brent $60, the market will be keen to assess if OPEC tries and get in front of the move lower and support prices. How crude tracks from here will not just have huge implications for equities, but, in FX markets, a lower oil price means headwinds for the NOK, CAD and a lower USDJPY, given the impact oil has on US inflation expectations. And, vice versa.

Arguably the marquee event through June, and an event risk for most of Pepperstone’s tradable markets. It’s incredible how quickly things have deteriorated, with US interest rates now pricing 2.5 rate cuts this year. While some would say the move in rates pricing has gone a little too far, we head into the June FOMC meeting with the implied probability of a cut now set at 20%, although it feels far too early to really expect a cut and we look at the 31 July FOMC meeting as a truly ‘live’ meeting, with expectations for a cut currently at 62%.

The influence US interest pricing is having on USDJPY

Fed vice chair Richard Clarida offered insight in a speech (on 30 May) that the US economy “is in a good place”, however, he did caveat that by saying that should inflation remain below target and global conditions change, then the Fed should assess its policy stance. St Louis Fed president James Bullard went one further with narrative (on 3 June) that “a downward policy rate adjustment may be warranted soon to help re-centre inflation and inflation expectations at target and also to provide some insurance in case of a sharper-than-expected slowdown.”

Importantly, we have also heard from Fed governor Powell (4 June), who detailed “closely monitoring the implications of these developments for the US economic outlook and, as always, we will act as appropriate to sustain the expansion, with a strong labour market and inflation near our symmetric 2% objective.”

The idea the Fed will act as “appropriate” is interesting and while it doesn’t suggest the bank are looking at cutting anytime soon, if economics do respond then we will see cuts. The June FOMC meeting should explore this in more detail with the help of additional data.