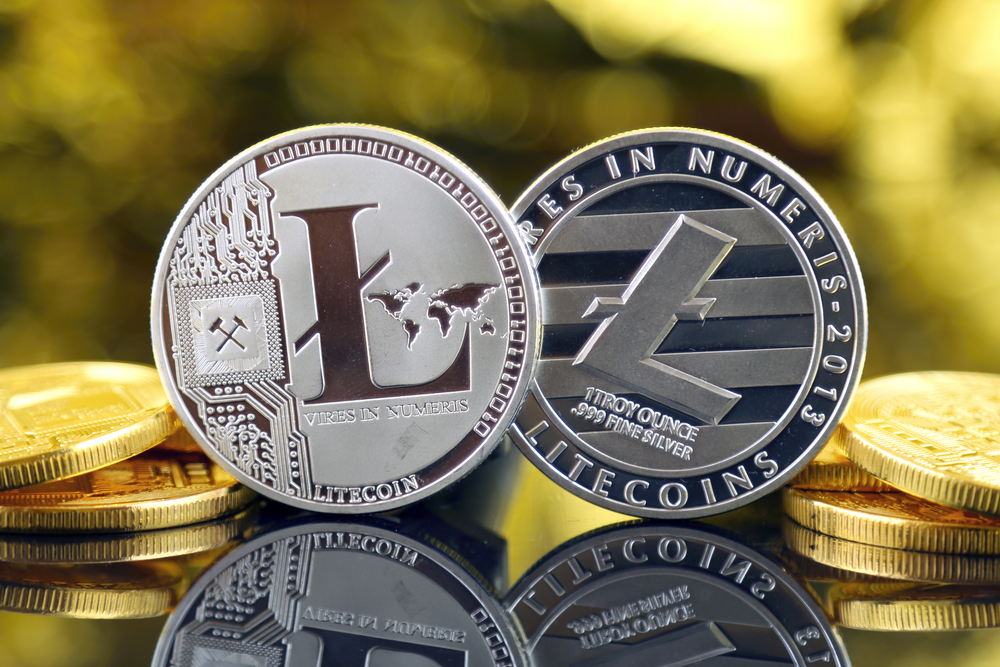 Litecoin, LTCUSD remains bearish after we noticed five waves of decline from the highs and now that is even accelerating lower in the 4-hour chart, seems like it’s unfolding a higher degree five-wave bearish cycle. So, be aware of more downside pressure and more weakness, ideally towards July lows and below 100 level after a pullback in wave 4 which can also turn into a bearish triangle pattern if the price stays slow and sideways. 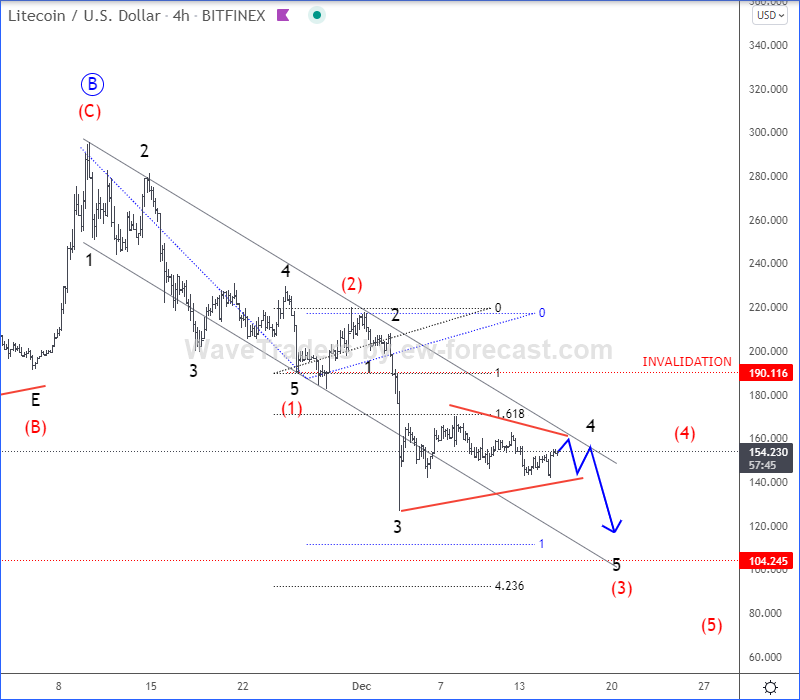 Dash coin, DSHUSD remains nicely bearish after completing bearish triangle in wave B on a daily chart. Well, now that is accelerating even lower, seems like a higher degree wave C is in progress, which should be completed by a five-wave bearish cycle. So, be aware of more weakness in the 4-hour chart, ideally towards June lows and 90-60 support zone before bulls show up again, but after current pullback in wave 4 that can also form a triangle pattern if stays slow and sideways. Invalidation level remains at 165. 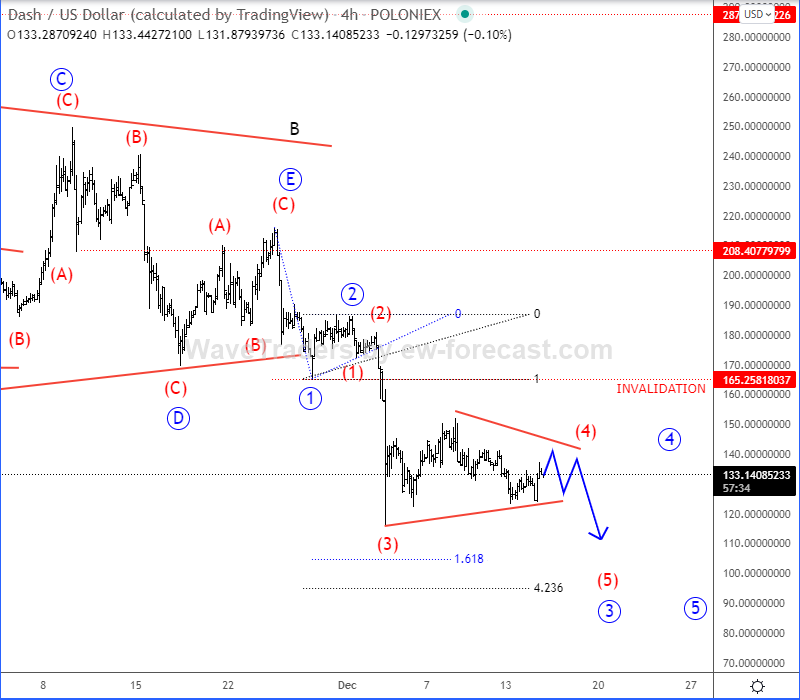