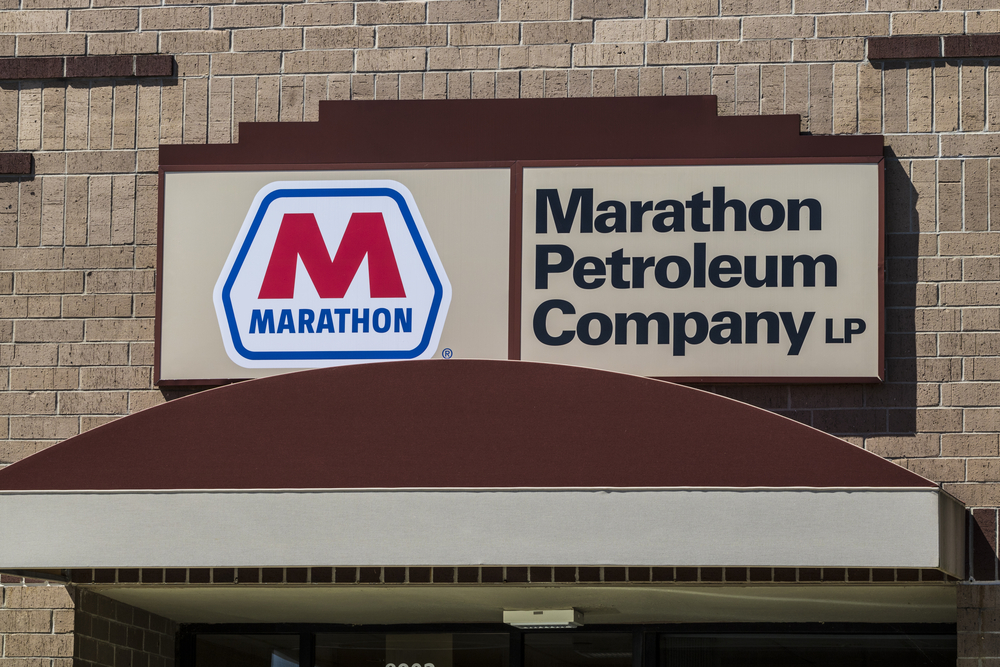 Marathon Petroleum, an American petroleum refining, marketing, and transportation company, announced that it has entered into an agreement with 7-Eleven, a wholly-owned indirect subsidiary of Seven & i Holdings, to sell its Speedway gas stations in the United States for $21 billion in cash.

“We estimate a 17% equity valuation uplift from the transaction with proceeds evenly going to buybacks and debt, though that allocation will not be decided until deal close. Rating and price target under review,” said Jason Gabelman, equity analyst at Cowen.

“We expect MPC to target net debt at <1x mid-cycle EBITDA post-sale. We estimate $2.2 billion mid-cycle refining EBITDA plus $2.2 billion distributions from the MLP. This could mean $7.5 billion of sale proceeds go to debt paydown with the remainder to share buybacks, though one could argue the stable distributions from the MLP mean a higher debt multiple. The equity value change until deal close will impact how many shares will ultimately be repurchased and could be a driver of value creation from this sale.”

The deal is expected to result in after-tax cash proceeds of approximately $16.5 billion. Marathon Petroleum expects to use the proceeds to both repay debt to protect its investment-grade credit profile and return capital to shareholders.

The deal is anticipated to close in the first quarter of next year, subject to customary closing conditions and regulatory approvals. 7-Eleven said the agreement will help bring the total number of stores in the world’s biggest economy and Canada to nearly 14,000.

“We think this is a positive outcome for Marathon Petroleum, with the company receiving a price that’s above expectations (which we peg at ~$17-18 billion pre-tax), crystallizing Speedway value immediately, and bringing in more cash for greater financial flexibility (vs. a spin),” said Benny Wong, equity analyst at Morgan Stanley.

Following this deal, Seven & i shares fell more than 8% to JPY 2937.5 on Monday, the biggest one-day drop since March. Marathon Petroleum shares rose 0.5% to $38.38 in after-hours trading.

“This transaction marks a milestone on the strategic priorities we outlined earlier this year,” Michael J. Hennigan, president and chief executive officer said a press release.

“Our announcement crystalizes the significant value of the Speedway business, creates certainty around value realization and delivers on our commitment to unlock the value of our assets.  At the same time, the establishment of a long-term strategic relationship with 7-Eleven creates opportunities to improve our commercial performance.”

Several other equity analysts have also updated their stock outlook. Jefferies Financial Group increased their target price on shares of Marathon Petroleum to $48.00 from $50.00. Morgan Stanley target price is $48 with a high of $60 under a bull scenario and $28 under the worst-case scenario. We think it is good to hold for now as 100-day Moving Average signals a mild selling opportunity.

“Marathon Petroleum offers multiple ways to win. We expect MPC to benefit from the overall decline in crude prices, although we caution refined product demand risk could weigh on valuation. That said, the stock offers idiosyncratic upside as the company is undergoing a strategic review to unlock discounted value, which includes spinning out Speedway,” Morgan Stanley’s Wong said.