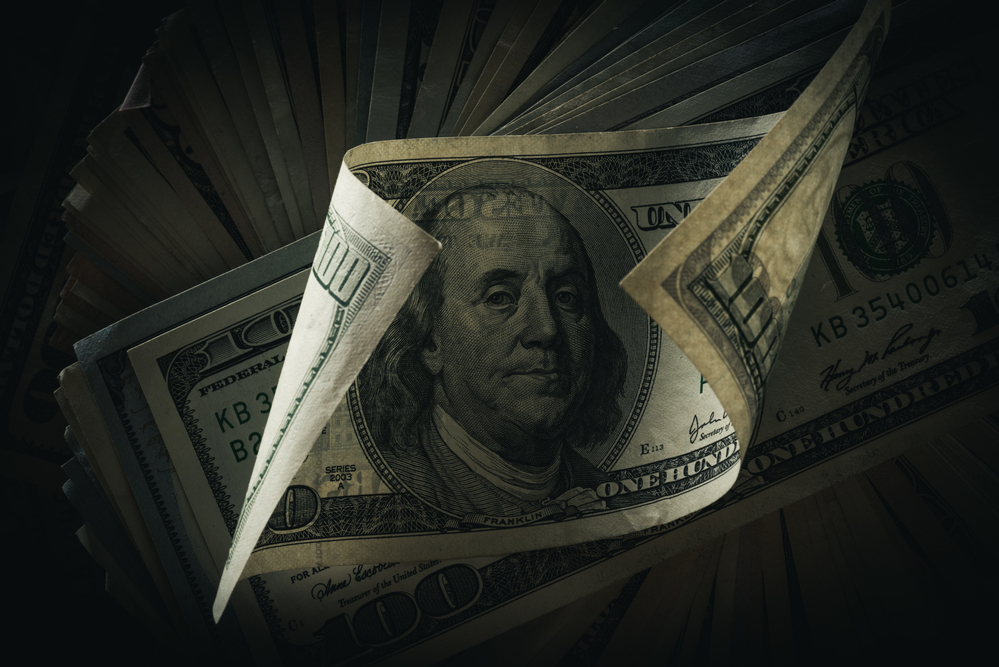 March, as you can see, remains toying with the upper side of 1.1857/1.1352 demand, with the month lower by 1.4 percent. Price action traders will have noted the demand test, likely viewing this as a bullish signal.

A decisive rebound from the aforesaid demand shifts attention back to the possibility of fresh 2021 peaks and a test of ascending resistance (prior support – 1.1641).

In recent trading, we have also witnessed the RSI rotated south of the 50.00 centreline and threatens a possible test of oversold levels.

It is also worth acknowledging the trend on this timeframe has faced north since 2020.

With respect to RSI movement, resistance at 54.40 is a talking point, capping the value since last Friday.

The monthly price testing demand at 1.1857/1.1352, along with daily price crossing swords with support at 1.1887 and the H1 greeting 1.19 psychological support and a Fib cluster around 1.1893, offers technical confluence to work with today.

February finished considerably off best levels, establishing what many candlestick fans call a shooting star pattern—a bearish signal found at peaks. What’s also interesting was February’s movement came within striking distance of trendline resistance (prior support – 0.4776), sheltered under supply from 0.8303/0.8082. Should sellers regain consciousness, demand at 0.7029/0.6664 is in view (prior supply).

March, as you can probably see, trades higher by 0.5 percent, and remains within February’s range.

Buyers and sellers continue to square off beneath trendline support-turned resistance, taken from the low 0.5506.

As evident from the H1 scale, the 100-period simple moving average around 0.7753 proved relatively effective (dynamic) resistance on Tuesday.

Those following the RSI indicator will likely have noted the recent test of trendline resistance-turned support and subsequent push to the 50.00 centreline.

Partly modified from previous analysis – Longer term, the monthly and daily charts suggest sellers are likely to remain behind the wheel until February 2nd low at 0.7563 enters view on the daily scale. However, before sellers make a show, a retest of daily trendline resistance could be on the cards.

Following January’s bullish engulfing candle and further outperformance in February, March is closing in (up by 2.3 percent) on descending resistance, etched from the high 118.66.

Latest movement out of the daily chart watched price action come within two pips of testing Quasimodo resistance from 109.38. Of particular note is the Quasimodo formation joins hands with the monthly timeframe’s descending resistance.

Price action traders are likely to be watching the aforementioned Quasimodo. However, recognising supply resides at 110.94/110.29, stops above the Quasimodo head (blue arrow—109.85) could be taken.

With respect to trend, 2021 has firmly pointed to the upside.

Based on the RSI oscillator, the value continues to explore overbought space, hovering a touch beneath resistance at 83.02.

Early US hours welcomed demand at 108.67/108.78—an area joined closely by trendline support, extended from the low 104.92, and neighbouring 100-period SMA. The demand was also considered an important zone given it was here a decision was made to break through 109 offers.

As you can see, the rebound from the aforesaid demand area (confirmed by an RSI oversold signal) has had price action reconnect with the lower side of 109.

Partly modified from previous analysis – Longer term, with daily Quasimodo resistance at 109.38 and the monthly timeframe’s descending resistance joining hands, this area may welcome selling if tested. However, before sellers put in an appearance, a whipsaw to daily supply at 110.94/110.29 could take shape.

The immediate trend facing north since the beginning of the year may help tempt breakout buyers above the 109 figure today. However, as aired in recent analysis, buyers still have their work cut out for them with H4 Quasimodo resistance at 109.16 and H4 supply from 109.59/109.37 seen close by, together with merging daily Quasimodo resistance at 109.38 and the monthly descending resistance, in close proximity.

The pendulum, as you can see, swung in favour of buyers following December’s 2.5 percent advance—movement that stirred major trendline resistance (2.1161).

Despite the trendline breach, primary trend structure has faced lower since early 2008, unbroken (as of current price) until 1.4376 gives way—April high, 2018.

Trendline support, drawn from the low 1.1409, closely shadowed by support coming in at 1.3755, made an entrance on Tuesday and pencilled in a dragonfly doji candlestick pattern.

Quasimodo resistance drawn from 1.4250 is also worth a shout, should buyers enter the scene, while territory beneath 1.3755 elbows Quasimodo support at 1.3609 in the line of fire.

The trend, clearly visible on this scale, has faced higher since early 2020.

Continued interest to the upside today/this week throws light back on Quasimodo resistance at 1.4007 (aligns with a 50.00% retracement).

US trading crossed paths with the 1.39 figure, following an earlier recovery staged a few pips ahead of the 1.38 figure (accompanied by a nearby Quasimodo support from 1.3786).

Territory above 1.39 reveals the 100-period simple moving average lurking close by at 1.3920, in addition to peaks formed around the 1.3950ish area.

Yesterday’s session low, as you can probably see, was accompanied by an RSI oversold signal, with the value now pursuing terrain north of the 50.00 centreline.