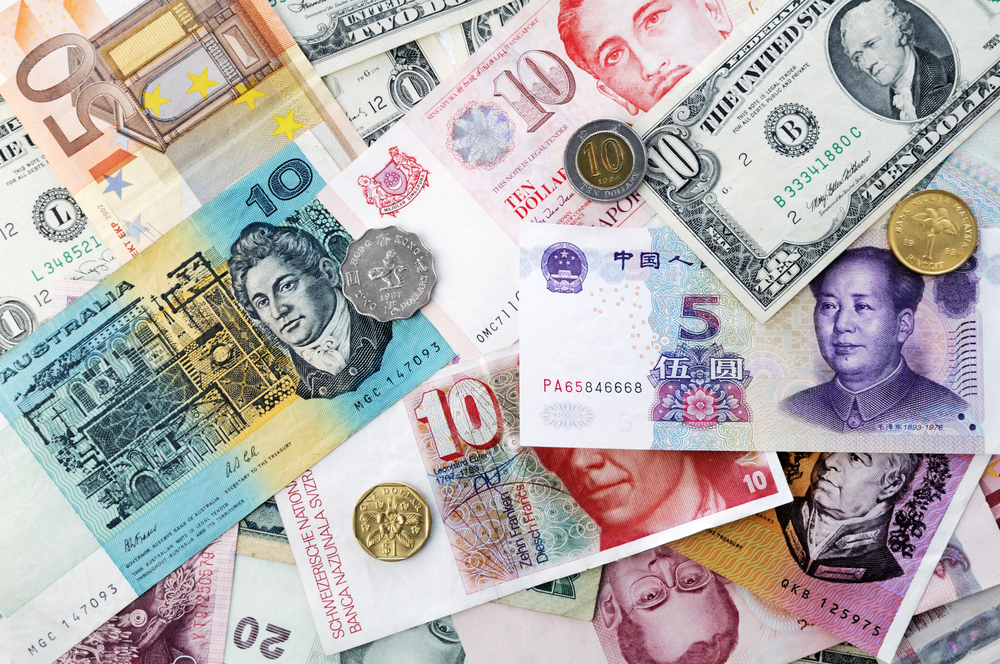 However, the Shanghai Composite rose by about 0.5%, and a smaller increase was recorded in Taiwan and an even small gain in Australia. Europe’s Dow Jones Stoxx 600 is trading lower for the third consecutive session and closed the gap created by Monday’s sharply higher.

US shares are trading lower. Benchmark 10-year yields are edging up in Europe, though Italian bonds are resilient. The US 10-year Treasury yield is around 1.28%, off the 1.33% high seen yesterday, amid reports that several banks are recommending unwinding curve steepening trade.

The dollar is seeing yesterday’s gains pared against both major and emerging market currencies. Sterling is leading the way and is approaching the $1.3950 area seen two days ago, which was the highest since April 2018. Indonesia’s central bank cut its key seven-day reverse repo rate by 25 bp top 3.50% as widely expected, and in Turkey, the central bank kept the one-week repo rate at 17.00%, which was also anticipated.

Gold is trying to snap a five-day slide, but rising yields seem to be sapping it. Initial resistance is seen near $1790. April WTI rose to nearly $62.30 earlier today, a new high, but has pulled back within yesterday’s range when it recorded a high near $61.75. The price of WTI has fallen once so far this month (last Thursday). It settled last month a little above $52.

China returned from its extended holiday with little fanfare. The PBOC offered CNY200 bln (~$31 bln) of liquidity via its medium-term lending facility at an unchanged rate of 2.95%. That will help offset loans that are maturing this month. The move does little to ease concerns about the tightness of the PBOC’s stance. The PBOC offered CNY20 bln of sever-day repo funds, while CNY280 bln is coming due. The overnight repo rate rose by about 50 bp to around 2.35%, and the seven-day repo rose two basis points to 2.23%.

Australia’s employment report was mostly in line with expectations. It created 29.1k jobs, nearly the 30k that the Bloomberg survey (median ) forecast. The social restrictions may be behind the slippage in the participation rate (66.1% vs. 66.2%), helping the unemployment rate fall to 6.4% from 6.6%. The breakdown of jobs showed 59k full-time posts (35.7k in December), while part-time positions fell by nearly 30k.

As the pandemic struck last year, Australia lost about 380k full-time jobs, and with the January report, it has gained back a little more than 300k. Separately, Google struck a deal with News Corp and seems to be positioning itself to remain in Australia after threatening to leave. On the other hand, Facebook has moved to restrict news sharing in Australia and is resisting the government efforts to force compensation to news sources.

The US dollar reached the highest level against the yen since last October yesterday, a little above JPY106.20. It settled near its lows and tested support near JPY105.70 in local trading and again in the European morning. Many participants see the scope for higher US yields and see the yen as vulnerable in such an environment. The yen can also be used as a funding currency, and there is much interest in short yen long Chinese yuan positions.

Here is a shocking divergence. Europe reported the collapse of new car registrations in January, a useful proxy for auto sales. A 24% year-over-year decline was reported. Seasonally-adjusted figures showed month-over-month registrations were down by a third in Germany and two-thirds in Ireland. They were off by nearly half in Spain and the Netherlands.

Auto registrations fell by more than 30% in the UK. France and Italy bucked the trend, and registrations increased by 2.2% and 0.4%, respectively. In the US, January vehicle sales were off 1.3% from a year ago and were up 2.2% month-over-month (seasonally adjusted annual rate).

Separately, the semiconductor chip shortage is doing two things. First, the EU and the US are lobbying for industry and the Taiwanese government for help. Each seems to be seeking preference for its needs. One estimate suggested that the shortage may result in a million fewer light vehicle production here in Q1. The winter storm that has hit Texas has also crippled chip production in Austin. Second, it provides more fodder for economic nationalism as the EU and US want to be more self-sufficient in chip fabrication.

The EU Recovery and Resilience Facility, what some called Europe’s Hamiltonian moment, is technically operational today. It consists of more than 310 bln euros in grants and 360 bln euros in loans. The facility is expected to last six-years, but there are calls from numerous officials, including Italy’s new Prime Minister (who faces a confidence vote in the Chamber of Deputies today), to make it a permanent facility. It is not just about the recovery from the pandemic.

More than a third of the funds are to be used for “green” projects and a fifth for digital transformation. Countries will apply for funds (by the end of April), and the money is expected to be distributed beginning near midyear. There is still likely to be a fight about funds for Poland and Hungary given their reluctance to embrace the EU’s rule of law requirements.

The euro reversed lower after hitting a peak of nearly $1.2170 on Tuesday. It fell to almost $1.2020 yesterday and is consolidating within yesterday’s range today. Initial resistance near $1.2080 has been approached. There is an option for 1.3 bln euros at $1.21 that will be cut today. We see the North American market as more dollar-bullish than Europe and look for the euro to return to the $1.2030-$1.2040 area.

Sterling continues to march to the tune of a different drummer. Sterling is making new session highs in late morning turnover in London. It is approaching the high set earlier this week, near $1.3950. There is little chart resistance ahead of $1.40. The euro is trading near GBP0.8660. It peaked above GBP0.9200 in December. It trading at its lowest level since last March. Chart support is seen near GBP0.8600.

Could there have been a better mix of US data? Retail sales ended their three-month drought with a bang, jumping 5.3% compared with the Bloomberg survey’s median forecast for a still-respectable 1.1% gain. The downward revision in the December series to -1.0% from -0.7% simply underscores the rebound.

The components used for GDP calculation, which exclude autos, gasoline, building materials, and foodservice, surged 6.0% (median forecast was for 1.0%) and is more than the cumulative increase in H2 20. Stong consumption was complemented with robust output.

Last month, industrial production rose by 0.9%, more than twice what economists projected, and manufacturing output increased by 1%. Capacity utilization increased to almost 75.6%, the highest since the eve of the pandemic. Producer prices jumped 1.3% last month, lifting the year-over-year rate to 1.7% from 0.8%. Rising industrial goods prices may also reflect the actual demand from China and East Asia more broadly.

Today’s data does not have the same heft. January housing starts and permits are expected to have begun the New Year on a soft note. However, don’t confuse what may be a mild pullback with weakness in the sector. The housing market and residential investment, in general, is a bright spot. Weekly initial jobless claims are expected to have slipped a little, but the takeaway is that more people are claiming unemployment benefits for the first time than at the Great Financial Crisis’s peak.

Import prices are surging. After a 0.9% increase in December, a 1% rise is expected in January. Most of this is oil and excluding it, import prices likely matched the 0.4% increase at the end of last year. The February Philadelphia Fed survey is also on tap. Here the price component may overshadow the headline, which is expected to have softened to 20.0 from 26.5. Fed Governor Brainard speaks before the equity market opens, and Atlanta Fed’s Bostic addresses educational inequality shortly after the open.

The US dollar reversed higher from almost CAD1.26 on Tuesday and reached CAD1.2745 yesterday. It is consolidating in about a 20-pip range on either side of CAD1.2700 today. Support is seen near CAD1.2660. It has to get back above the CAD1.2740 area to be noteworthy. The greenback began the week near MXM19.90 and yesterday poked briefly above MXN20.38. A consolidative tone is emerging, and the MXN20.14 area is the middle of this week’s range. A break could signal a move toward MXN20.08.