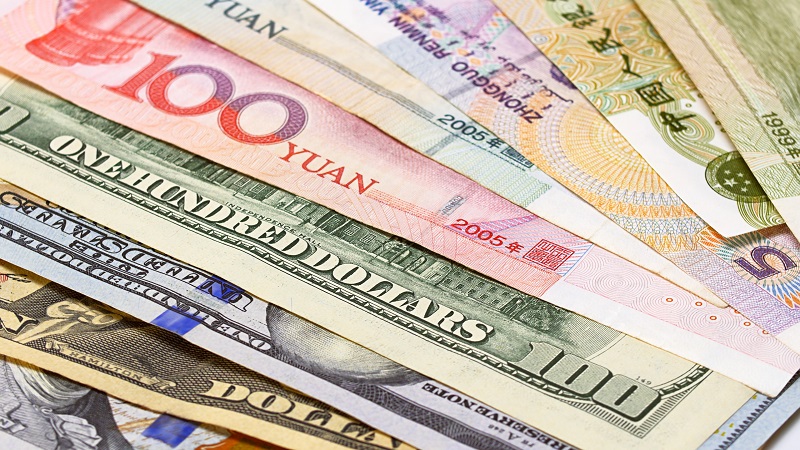 Asia Pacific equities were mixed, though, of note, China, Hong Kong, Taiwan, and Indian markets rose. European bourses are down small, and US stocks have turned lower as well. Bond markets firm, though and peripheral bonds are outperforming after the results of the ECB’s TLTRO operation. The US 10-year yield is hovering around 71 bp.

The dollar has a firmer bias. The currency market showed little reaction to the Swiss National Bank and Norway’s Norges Bank leaving policy unchanged, while sterling is around 0.5% lower ahead of the Bank of England meeting outcome. Emerging market currencies are firm.

The South Korean won recouped most of yesterday’s losses, and the Indian rupee and Indian bonds shrugged off Fitch’s decision to cut its outlook to negative from stable (BBB-). Gold has edged up but is flat on the week, and oil prices are recovering from yesterday’s decline. July WTI is near $38.40, putting it up about $2 on the week.

There is too much being made of the fact that China did not appeal the WTO decision that it is not automatically a market economy. On procedural grounds, we have to recognize that the appellate process has been eviscerated by the US, blocking the appointment of new judges. On substantive grounds, nothing changes. Europe and the US act as if China is not a market economy, which means it is easier to take anti-dumping action against it.

The US tariffs, mostly still in place under the two-year Phase 1 agreement, seem to make China’s market status a moot point. While Europe has not erected new tariff barriers, it is tightening its direct investment rules, making it more difficult for (Chinese) state-owned businesses. Meanwhile, US officials have indicated they will change their WTO tariff schedule. The real take away is that in the new Cold War will be waged on many fronts, including the multilateral institutions.

Some link the demand for yen that saw the dollar fall to JPY106.70 to approach last week’s lows in early Tokyo to the news that Softbank may repatriate the proceeds from its sale of 2/3 of its holding in T-Mobile (~$20 bln). Separately, the Nikkei reported that the Japanese government may lift its economic assessment that will be issued tomorrow.

Australia’s jobs data was worse than expected. The country lost almost three times more jobs than economists projected. Employment fell by nearly 228k jobs in May. It has lost a revised 607k jobs in April. The unemployment rate was revised to 6.4% in April from 6.2% and rose to 7.1% in May. The participation rate fell to 62.9% from 63.6%. The job losses were concentrated among part-time positions (~-138k), but the 89k loss of full-time positions was greater than the total job loss economists forecast. Separately, New Zealand reported Q1 GDP contracted by 1.6% compared with forecasts of a 1% decline.

It is the seventh session that the dollar has not traded above JPY108, and today it is struggling to sustain upticks above JPY107.00. Below the JPY106.70 session low are the one-month lows set last week a little under JPY106.60. However, stronger support is not seen until closer to JPY106.00. The Australian dollar recovered from the initial selling that took it to about $0.6840.

The week’s low, seen Monday near $0.6775, and the 20-day moving average is around $0.6825 today. Resistance is seen ahead of $0.6925, where a A$530 mln option is set to expire. The PBOC set the dollar’s reference rate a little above the bank models, but the greenback is softer for a third consecutive session. Hong Kong Monetary Authority continues to intervene to support the dollar at the lower end of the band. Still, the smaller amount may be among the first signs that pressure is easing following the recent IPOs.

The Bank of England is expected to keep its base rate at 10 bp, but increase the amount of bonds it is buying. While two dissents last month favored a GBP100 bln increase, many expect a larger amount to be agreed upon shortly. Note that the earlier this week, the Bank of Japan boosted the zero-rate loans it will make to corporations from JPY75 trillion to JPY110 trillion. The Federal Reserve announced the launching of the Main Street lending facility for small and medium-sized businesses, and its corporate bond-buying program would include individual issues (not just ETFs) according to a new index it created. And then there is the ECB.

The ECB allotted 1.31 trillion euros in its three-year targeted lending program. The three-year loans will be at a rate of minus 100 bp if certain lending targets are achieved. The loans can also be repaid after one year. Banks rolled previous loans into this new generous facility, but there was net new borrowing of 548.5 bln euros, which was a bit more than expected (~400 bln). The ECB’s balance sheet will rise by this net figure.

The Swiss National Bank left its policy rate at minus 75 bp and underscored that its main tool to counter the franc’s strength will be intervention. The euro found support near CHF1.0660, just above the low for the month near CHF1.0650 seen last week. Norway’s Norges Bank also did not change policy and indicated that it anticipated neither asset purchases nor negative rates. However, the forward guidance it provided implies no change in rates for two years. Separately, recall that the central bank sells krone every day. Here in June, it sells NOK2.3 bln a day after NOK2.1 bln a day in May. The krone rallied after the central bank announcement.

The euro is trading in a 15-tick range on either side of $1.1245, where a 640 mln euro option expires today. Another option for a little more than 710 mln euros is struck at $1.1260 and also expires today. The narrowing peripheral bond premium over Germany coincides with a firmer euro. Yesterday’s high was a little below $1.13, and that may be sufficient to cap the single currency today. Sterling is slipping through $1.25 ahead of the outcome of the BOE meeting.

The week’s low was set Monday near $1.2455, but then it was above the 20-day moving average, which now is near $1.25, which is also the (50%) retracement objective of the rally since May 25. The next retracement is near $1.2415, but we suspect sterling will stabilize after the BOE meeting.

The US formally announced it was withdrawing from negotiations on efforts to coordinate a digital tax. It is important because it is a front in the US-Europe trade confrontation that is simmering below the surface. It erupted recently as part of the US decision to withdraw troops from Germany. The geopolitical signal was exaggerated. The US troops act as a tripwire, and the precise number is not so important. The importance of the move lies in how it was done (unilaterally) and the reasons (German not respecting its commitment to boost NATO spending, the gas pipeline from Russia, and unspecified German trade practices).

Most countries considering a digital tax are in Europe, but there are a few, including India, which broadened theirs a couple months ago, Indonesia, and Brazil. The US appears to be blocking efforts to coordinate under the OECD. Countries want to tax internet companies based on the sales within their borders and have a minimum global tax to minimize incentives for tax arbitrage.

While Canada and Mexico’s calendars are light, the US reports the June Philadelphia Fed manufacturing survey, which is expected to rise for the second consecutive month, and the weekly jobless claims that will likely continue to decline from still high levels. May’s Index of Leading Economic Indicators is expected to have jumped by around 2.4%. During the session, OPEC will report is compliance assessment, and it should improve now that Iraq seems to be adhering to the agreement. Lastly, we note that as anticipated, Brazil delivered a 75 bp rate cut yesterday and seemed to suggest that there was still room for another small cut. Talks between Argentina and its creditors stalled again.

The US dollar continues to trade within Tuesday’s range against the Canadian dollar (~CAD1.3505-CAD1.3625). The week’s high was set on Monday, near CAD1.3685. The intraday technicals suggest the greenback’s upside may be favored in the early North American activity. Meanwhile, the US dollar is near the middle of this week’s range against the Mexican peso (~MXN21.8950-MXN22.75), and that range is likely to hold.

Lastly, turning to the S&P 500, we note that the gap created by the lower opening a week ago remains unfilled and casts a pall over the market. The gap extends to 3181.50. Also adding to the technical caution is the fact that the five-day moving average has slipped below the 20-day moving average for the first time since early April, illustrating the corrective/consolidative phase it has entered.