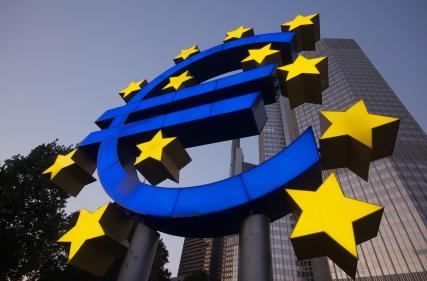 Although the European woes are persisting, the better-than-expected annual growth in China helped ease the markets’ fears, soothing the worries from the EFSF downgrade by S&P last night, and reducing the appeal of safe haven while increasing demand on the higher yielding assets.

The annual gross domestic product in China rose 8.9% during Q4 from 8.7% expected, yet slower than the 9.1% previous, fueling believes officials will accelerate the easing policies since this is the weakest growth pace in 2-1/2 years while Europe’s debt crisis might curb demand on exports even more.

On the other hand, S&P continued its downgrade string by lowering the EFSF’s top rating to AA+ from AAA, raising speculations the lending capacity of the facility will be reduced to 180 billion euros from 440 billion. Yet markets will await the EFSF, Spain and Greece’s bond auctions today before reacting to this news.

Investors will be watching the manufacturing data from New York today, expected to expand, as well as the German investors’ confidence, expected to improve. The 4th quarter earnings from Citygroup and Wells Fargo will also be of interest, as the US markets will return from the Martin Luther King holiday.

Sentiment has been improving since yesterday’s bills auction in France which saw firm demand, driving the yields down and easing the fears ignited after S&P downgraded the credit rating for France and eight other European nations, where France and Austria lost their top-notch AAA rating.

Asian stocks advanced today on China’s GDP and the firm demand during the French auction yesterday, where Nikkei 225 rose 1.05% while China’s CSI 300 Index rose 4.90%. In Europe shares were boosted by China’s data as well, where DAX gained 1.01$ while CAC 40 gained 1.36%.

The euro enjoys strong gains trading around 1.2765, as risk appetite improved and demand on the safe haven USD fell, as a result the dollar index is trading with bearish momentum around 80.90. The yen was stronger trading around 76.65, while the AUD is gaining trading around 1.0430 from 1.0311 at opening.

The pound extended its gains trading at 1.5370 after the CPI fell in Dec. to 4.2% from 4.8% previous, opening the way for policy makers to focus on growth. As the dollar lost its appeal commodities found support today where crude is trading with gains around $100.50 while gold is around $1.663.50.