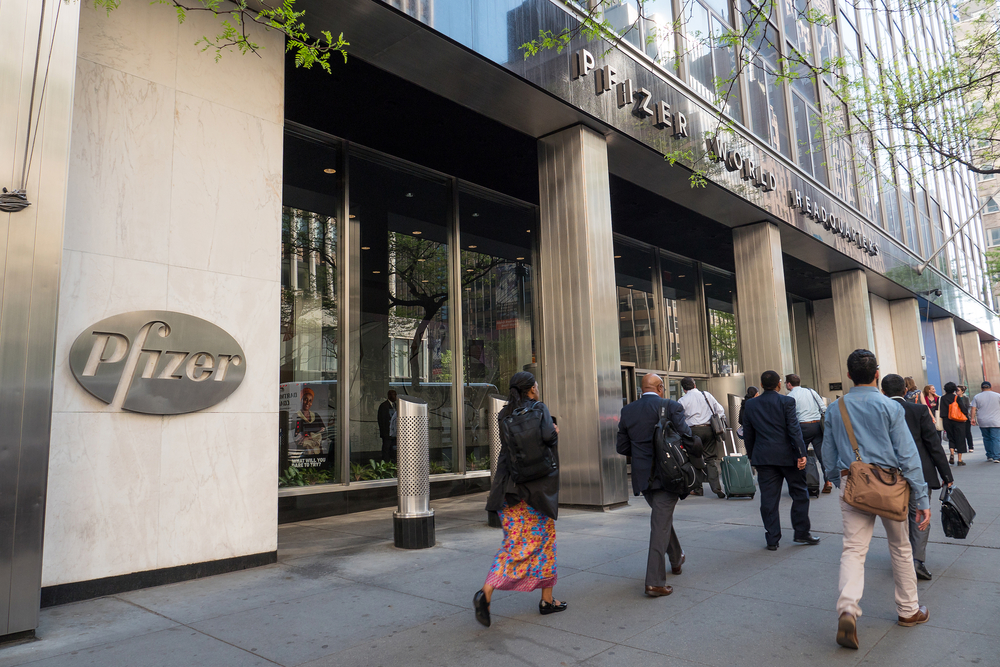 Emerging market currencies and the majors that benefit from world growth outperformed the perceived safe-havens, like the yen and the Swiss franc. The euro rose above $1.19 briefly before selling off to trade below $1.18. Gold collapsed.

Yesterday’s violent moves may have been an overreaction, but today’s action is more consolidative than a reversal. Most Asia Pacific markets rallied, led by 3-4% gains in Singapore, Malaysia, and Thailand. China and Taiwan were exceptions with their losses. Europe’s Dow Jones Stoxx 600 is firm as it consolidating yesterday’s is nearly 4% gain. US shares are mixed with the tech-heavy NASDAQ looking at additional steep losses, while the S&P 500 is trading about 0.5% lower.

Australia and New Zealand saw big jumps (13-15 bp) in their 10-year yields as they catch-up to yesterday’s move in the US and Europe. Europe’s benchmark yields are firm, and the US is firm with the 10-year Treasury yield changed around 0.94%, having reached an eight-month high near 0.97% yesterday. The dollar is trading firmly against most of the major currencies, with sterling a notable exception.

It extended yesterday’s gains and traded around $1.3260, its best level since September 7. The JP Morgan’s Emerging Market Currency Index is snapping a five-day advance. The Turkish lira and South African rand are paring yesterday’s gains. Gold has steadied after yesterday’s 4.5% shellacking, its biggest loss in three months. The attempt to resurface $1900 was rebuffed. Oil prices are holding on to yesterday’s gains. The December WTI is around $40.65 a barrel in the European morning after reaching almost $41.35 yesterday. Recall that early last week, it hit a low near $33.65

While Pfizer‘s vaccine and Eli Lilly’s antibody therapy appear promising, Brazil’s testing of China’s Sinovac’s Coronavac was halted due to an “adverse event.” What needs to be kept in balance is that there are still many steps before a vaccine is available, and the most pressing health issue is the surge in the infection. Vigilance is still needed.

Falling pork prices saw Chinese CPI fall below 1% for the first time in three years in October. The 0.5% year-over-year CPI was lower than expected and follows a 1.7% gain in September. Pork prices fell by 7% in October. The 2.8% decline year-over-year is the first since February 2019. Food prices as a whole rose 2.2% year-over-year after 7.9% in September. Non-food prices were flat, and core prices were unchanged at 0.5% from a year ago. Producer prices remained 2.1% lower than a year ago, the same as in September. Economists had expected a little improvement. Chinese officials do not seem ready to respond, and deflationary pressures on consumer prices will likely continue.

Japan reported a smaller than expected September current account surplus of JPY1.66 trillion down from JPY2.11 trillion. On the other hand, Japan’s trade surplus grew, practically doubling month-over-month to JPY918 bln from JPY413 bln. In the past six months, Japan’s trade surplus has swung from a JPY929 bln deficit to the September surplus of nearly the same magnitude reported today. Separately, as has been well telegraphed, Prime Minister Suga ordered the compilation of a third supplemental budget.

The dollar soared against the Japanese yen yesterday, rising from around JPY103.20 to about JPY105.65. It is consolidating in the upper end of that range today (~JPY104.80-JPY105.45). There is an expiring option for $980 mln at JPY105.50 and a smaller option for JPY375 mln at JPY106 that also rolls off today. Initially, it looks like Tokyo sold into the dollar’s surge, but buyers returned, and the dollar was recording session highs in the European morning. The Australian dollar reached nearly two-month highs yesterday near $0.7340 and retreated to almost $0.7265.

Germany failed to convince the other EU members to postpone WTO-sanctioned tariffs on US goods in retaliation for improper subsidies for Boeing. The new EU tariffs on $4 bln of US goods will be formally announced today. While it is perfectly within its legal rights to do, the risk is that the US makes good on its threat to boost the levies that it was allowed to impose because of Europe’s improper subsidies for Airbus. Regardless of the election outcome, Trump is still the US President, and the office is still powerful. For example, new sanctions were announced on four more Chinese officials for the dissent crackdown in Hong Kong.

The UK employment report was weak. The unemployment rate jumped to 4.8% from 4.5%. It is the highest for a three-month period in four years. Employment has fallen by 164k in the three-month through September. The government’s extended furlough program was not announced in time to impact this time series. Separately, the House of Lords removed the most controversial clauses in the government’s Internal Market Bill, but it will be reinserted by the House of Commons.

There is some speculation the new US administration is considerably more skeptical of the merits of Brexit that it could impact the UK-EU negotiations, as the Irish foreign minister suggested. However, it seems like a stretch, and the deadline for the trade deal is less than a week away.

While sterling was firm the Asia Pacific session, it pushed higher in the European morning. The next chart target is near $1.33. Sterling strength appears to be coming from the cross against the euro. The euro broke down yesterday, and the follow-through selling has driven the single currency below its 200-day moving average (~GBP0.8925) for the first time in six months. The next target may be the September low near GBP:0.8865.

The US quickly took credit for the Pfizer vaccine, but it got no funds from Operation Warp Speed for the trial, testing, and manufacturing. Pfizer’s partners, BioNTech SF, did receive almost $450 mln from Germany. What the US did was agreed to pay $2 bln for 100 mln vaccines and an option for another 500 mln doses. The US does get to decide who gets the vaccine first. Reports suggest Pfizer will handle the distribution directly and has designed reusable contained to keep the medicine at the cold temperature necessary. Moderna uses an approach similar to Pfizer’s, and the results are expected in the coming weeks.

While the JOLTS report is the economic data highlight, no fewer than five Fed officials will talk through the day today. Governor Brainard, who is seen as a possible candidate for Treasury Secretary, discusses the Community Reinvestment Act and could draw extra attention. Mexico and Canada also have light economic calendars today. Mexico’s slightly higher than expected headline inflation but slightly lower core inflation keeps the market favoring a rate cut late this weeks.

The US dollar was sold to new lows for the year yesterday against the Canadian dollar (~CAD1.2930), but the greenback recovered to close above CAD1.30, which is now support. It is firm today, having reached CAD1.3040 in the European morning. Yesterday’s high was near CAD1.3070. The greenback is was testing CAD1.34 at the end of October, and some near-term consolidation is likely. The US dollar fell to almost MXN20.00 yesterday after finishing last week near MXN20.60. It, too, is consolidating today. It is near the middle of today’s range in late morning dealings in Europe (~MXN20.35)