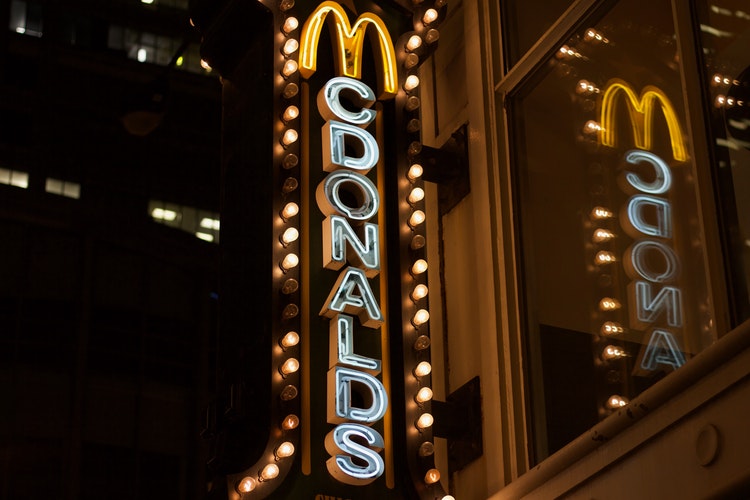 McDonald’s Corp, one of the world’s largest American fast-food chain, reported that its global sales plunged about 24% in the second quarter as restaurants were closed due to the COVID-19 pandemic, sending its shares down about 2% pre-market.

So far, the deadly virus has infected more than 16.57 million people in 210 countries and killed over 650 thousand, wherein the United States is the worst hit, leading the global foodservice retailer to halt reopening of its U.S. restaurants for 21 days early this month.

The leading global foodservice retailer, McDonald’s has over 36000 restaurants in more than 100 countries around the world, said its second-quarter same-store sales worldwide plunged about 24% and declined nearly 9% in the United States, where it operates more than a third of its restaurants.

The company’s revenue fell 30.5% to $3.76 billion, net income fell 68% to $483.8 million. McDonald’s said about Substantially all restaurants were operating drive-thru, delivery, and/or take-away with a limited menu.

Just after the announcement, McDonald’s shares dipped about 2% to $198.50.

“Our strong drive-thru presence and the investments we’ve made in delivery and digital over the past few years have served us well through these uncertain times,” said chief executive officer Chris Kempczinski said.

“We saw continued improvement in our results throughout the second quarter as markets reopened around the world. We’re confident that the strong foundation we’ve built, combined with the unique advantages of our System, position us well to continue operating successfully during this pandemic and emerge even stronger.”