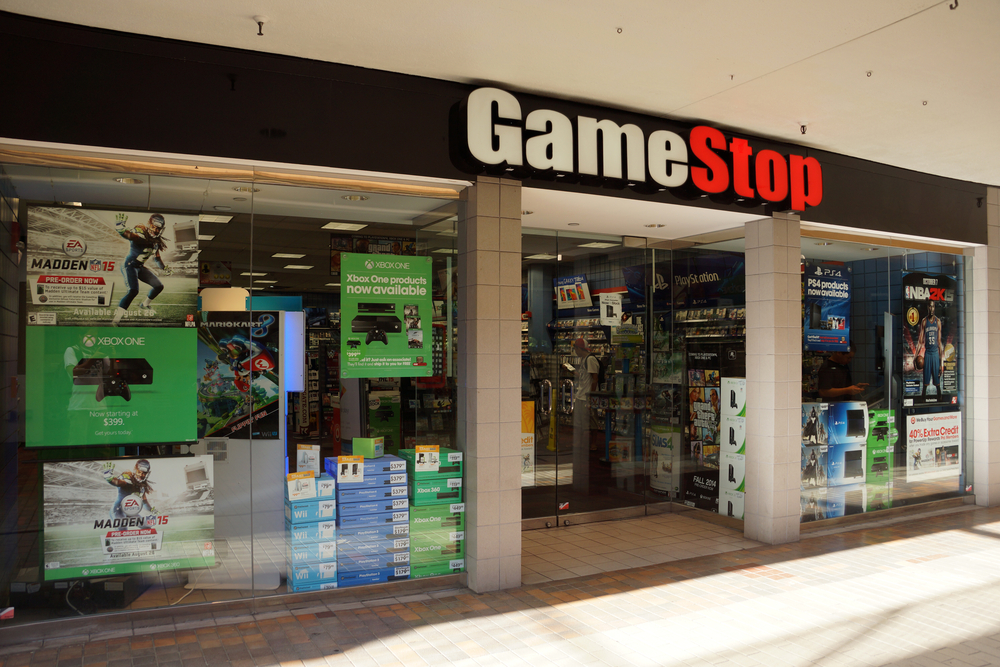 They’ve earned the name as ‘meme stocks’ given their ability to trade on social media sentiment rather than the bottom line. And while there might be something whimsical about them, the two most popular meme stocks — GameStop and AMC Entertainment — are generating some serious returns of late. In addition, even though it doesn’t belong in the same asset class, bitcoin is also getting lumped into the meme category by some analysts for its non-conventional features.

GameStop and AMC are each advancing by double-digit percentages today, up 16.5% and 18.7%, respectively. Today’s gains bring the tallies for the week to 36% for Gamestop and 43% for AMC shares. Gamestop shares are up more than 1,200 % year-to-date, while AMC’s stock has risen over 800%. Could there be more room to run? Retail investors are betting on it.

Over in crypto land, the bitcoin price is continuing on its path to recovery after last week’s 40%-plus decline where it managed to hold above the USD 30K threshold. BTC is on the brink of crossing the psychologically important USD 40K level once again.

Sanctuary Wealth portfolio manager and CIO Jeff Kilburg is quoted by CNBC as saying that the rebound in the meme stocks is being fueled by “oversold conditions” in these names as they fell in sympathy with bitcoin’s recent drop, as well as some good old fashioned profit taking.

Meanwhile, the WallStreetBets forum on Reddit has been spearheading the buying in the stock market’s most shorted stocks since the beginning of the year. Reddit members’ attention, however, is reportedly starting to shift from equities to cryptocurrencies, based on anecdotal evidence tied to comment volumes.

The Financial Times reported that Quiver Quantitative, a research firm, found that the number of comments on the r/Cryptocurrency subreddit increased 82% in the first three weeks of May vs. a 42% decline on the WallStreetBets forum. That trend might have had something to do with the Elon Musk effect on bitcoin. 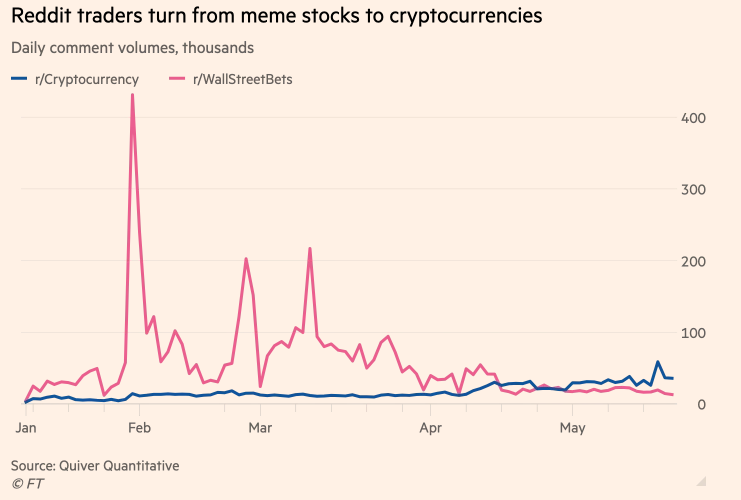 Short sellers couldn’t care less what anecdotal evidence says, as they are losing money. According to S3 Partners cited by CNBC, traders have been covering their short positions on GameStop to stop the bleeding. They have suffered mark-to-market losses in the stock of USD 6.5 billion year-to-date, S3 says. And while the average short-seller position in the United States is just 5%, this metric rises to more than 20% when you are talking about meme stocks GameStop and AMC. Meme stocks, for their part, are proving to be a force to be reckoned with.