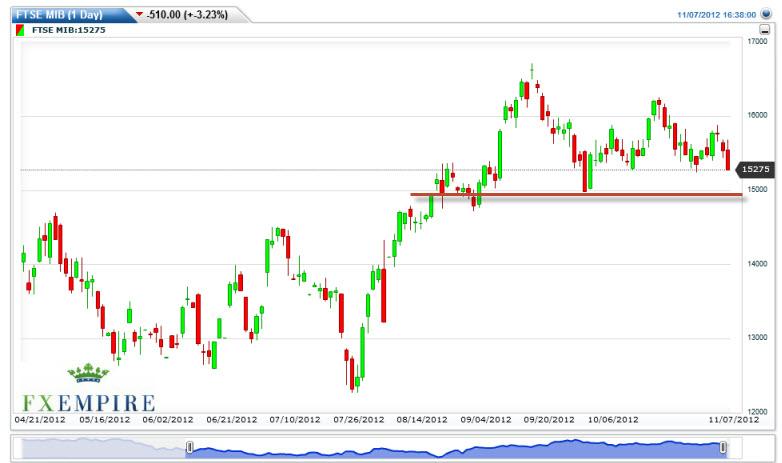 The MIB fell during the session on Wednesday, after initially trying to rally. Unlike many of its other European friends, the MIB simply could not put much of a rally together to begin with and in fact was one of the least impressive attempts. We closed the very lows of the session, and it looks like we are trying to break down through the 15,250 level, in order to reach the 15,000 area. If we get below 15,000, this could get aggressively ugly in very short order. We would become very short of this market at that point time, and would aim for roughly the 14,000 area. However, we could see support just above the 15,000 level, and that would more than likely signal a return to the 15,750 level as we continue to consolidate.