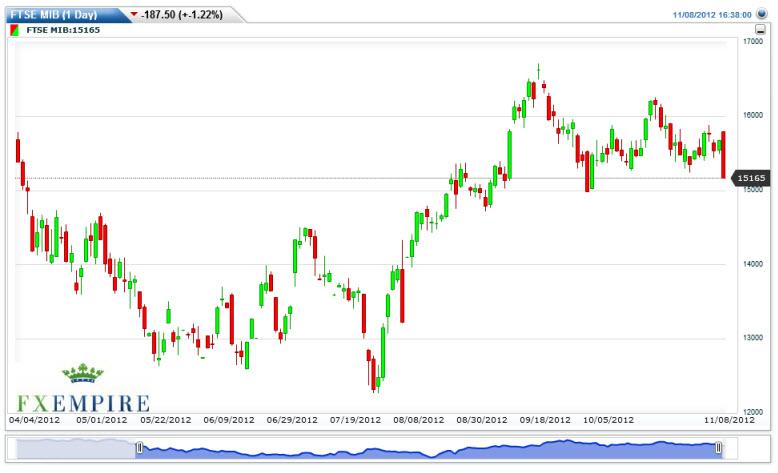 The FTSE MIB index on Thursday broke down fairly significantly, but remains above the 15,000 level. A lot had a tough day in general, and as such it is no surprise that we had back down to this massive support area. One has to wonder whether or not the series of lower highs isn’t signaling the 15,000 will get broken sooner or later, and signal a big leg down in this market.

With all of the problems going on in Europe, it would not be a surprise to see the Italian suffer because of it. After all, it is part of the periphery and we are starting to see Germany itself slowdown. If the Germans cannot keep the economy going, the Italian certainly won’t be able to either.