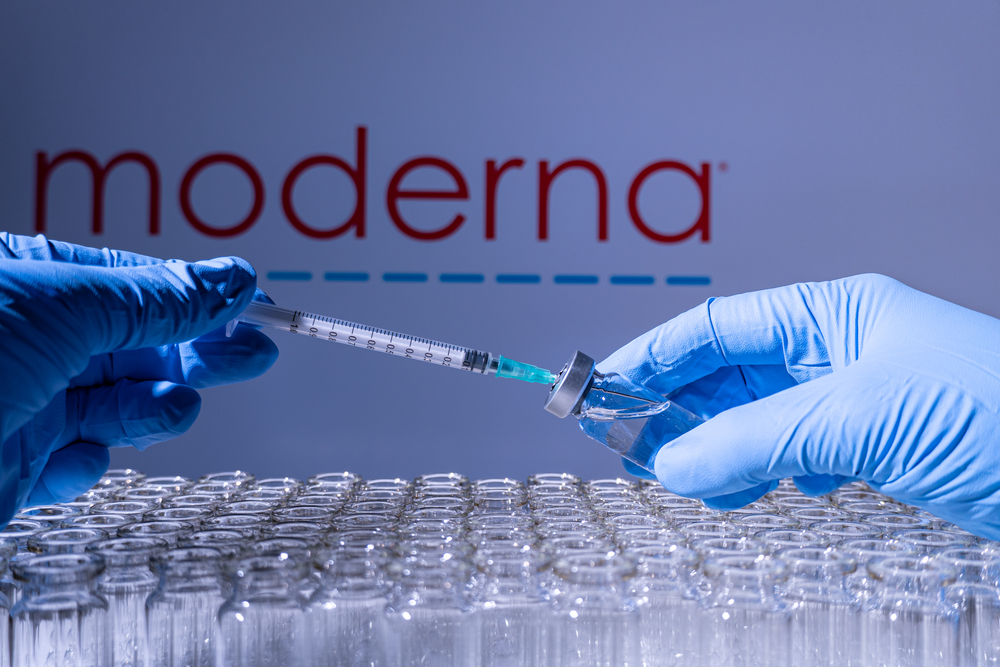 Moderna, the biotech company focused on drug discovery, is expected to report its fourth-quarter earnings of $8.62 per share, which represents year-over-year growth of over 1,340% from a loss of -$0.69 per share seen in the same period a year ago.

The Massachusetts-based biotechnology company would post revenue growth of 1,075% to around $6.71 billion up from $570.75 million a year earlier.

According to ZACKS Research, the company forecasts sales of $17.5 billion in 2021. It also has advance purchase agreements worth nearly $20 billion for 2022 for the vaccine.

“We are Equal-weight Moderna. While we believe there is long-term upside for Moderna, we believe the significant valuation increase associated with the success of the COVID-19 vaccine limits the near-term upside,” noted Matthew Harrison, equity analyst at Morgan Stanley.

“The company has taken an industrialized approach to developing mRNA based therapeutics and has rapidly generated a broad pipeline of 21 programs, 11 of which have entered clinical development. We believe Moderna’s mRNA drug development platform is more diversified and scalable compared with competitors, and is validated through broad partnerships with Merck and AstraZeneca. We see vaccines and rare diseases as the key valuation drivers of the company.”

Fourteen analysts who offered stock ratings for Moderna in the last three months forecast the average price in 12 months of $265.00 with a high forecast of $506.00 and a low forecast of $85.00.

Morgan Stanley gave the base target price of $213 with a high of $474 under a bull scenario and $34 under the worst-case scenario. The investment bank gave an “Equal-weight” rating on the biotechnology company’s stock.