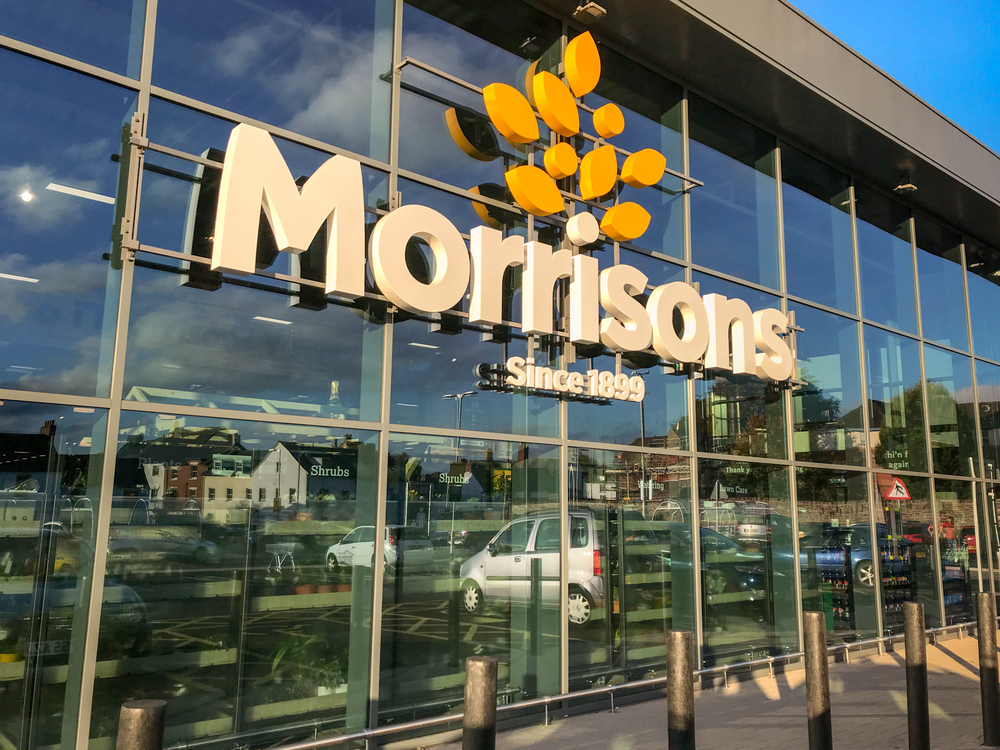 In 1956, William’s son, Ken Morrison, took over the operations of the small network of grocery stores that by that time bore the Morrisons name across the nearby Yorkshire towns, and it was his business acumen that took his father’s hard work into the massive empire that it is today.

For those who remember Morrisons’ foray out of Yorkshire which was greeted by amusing stereotype images of bags of coal for sale or a delicatessen counter that sold only pies when the first Morrisons supermarket that made its way south of Watford Gap Services on the M1 opened in Letchworth Garden City, it is no longer a laughing matter.

Morrisons is now the subject of a fierce bidding war as large institutions fight to buy it at multi-billion-pound sums.

Last week, it was assumed a done deal when the company came under acquisition talks from US private equity firm Clayton, Dubilier & Rice which wanted to buy Morrisons for a princely £5.5 billion, however since then, many more potential acquirers have got in on the action, resulting in an almost auction-like stand-off between potential investors.

Over the weekend, SoftBank-backed Fortress Investment struck a £6.3 billion deal to buy Morrisons, resulting in a massive rise in share price of over 28 points this morning to 266.8p. That’s an astronomical 11.23%.

Confidence by investors has been massaged by Morrisons’ fortuitous position of being able to turn down massive offers as others materialize, and as a result, two weeks ago, the company’s share price rose by 35%, and has been steadily going up since.

Today’s rocketing value as a superior deal was sealed is further testimony to that.

As Omar has sung in 1993, It ain’t over till it’s over, and this is certainly the case today as Fortress’ bid of £6.3 billion is looking set to be challenged by another private equity firm, this time Apollo, which has admitted that it is considering a higher bid.

Apollo became the third potential suitor to declare an interest in Morrisons, announcing to the stock exchange on Monday that it was “in the preliminary stages of evaluating a possible offer for Morrisons”, in a move that could trump a £6.3bn bid by a consortium led by the US investment fund Fortress, the owner of Majestic Wine.

Whether any of these bids will result in a signed and sealed acquisition is yet to be known, particularly considering that Morrisons has a history of failed takeover bids behind it, however this time it is very different in that potential acquirers are literally tripping over themselves to outbid each other.

For example, in February 2014, it emerged that younger members of the founding Morrison family, who owned 10% of the company and who were thought to include two of Honorary President Sir Ken Morrison’s children, William Morrison Junior and Andrea Shelley, along with Sir Ken Morrison’s niece and her husband, Susan and Nigel Pritchard, had approached a number of private equity firms about taking the company private.

They were said to be extremely unhappy about the company’s disastrous financial performance, and the corporate strategy being undertaken by Dalton Philips.

At that time, straight-talking Yorkshireman Sir Ken Morrison blasted Dalton Philips and his new board of directors for destroying the company he inherited from his father. Sir Ken remarked disdainfully on Philips’s strategy to save the failing supermarket from the pressures of Aldi and other discounter stores.

Following on in this bold as brass tradition, Morrisons continued as a publicly listed firm and when the latest round of acquisition attempts approached it, the firm rejected Clayton, Dubilier and Rice’s £5.5 billion bid, deeming it to “significantly undervalue” the company, leading to a host of other bids that we now see.

Morrisons has a lot of freehold property, and some analysts think that private equity firms could be showing this much interest in Morrisons partly because of its property portfolio, which they would ‘sale and leaseback’ to generate cash to pay back to themselves.

With sensationalist mainstream media having touted that ‘Morrisons has been sold to Americans’ over the weekend, only to wake up this morning and find that it has not yet been sold and there are more bids, volatility is being stoked.

Will it sell and continue to show high share price rises, or will all talks fail and the share price go down to its relatively low level?

All currently hangs in the balance.

Risk warning: Spread bets and CFDs are complex instruments and come with a high risk of losing money rapidly due to leverage. 74.5% of retail investor accounts lose money when spread betting or trading CFDs with ETX. You should consider whether you understand how spread bets or CFDs work and whether you can afford to take the high risk of losing your money. Authorised and regulated by the Financial Conduct Authority, with Firm Reference Number 124721.