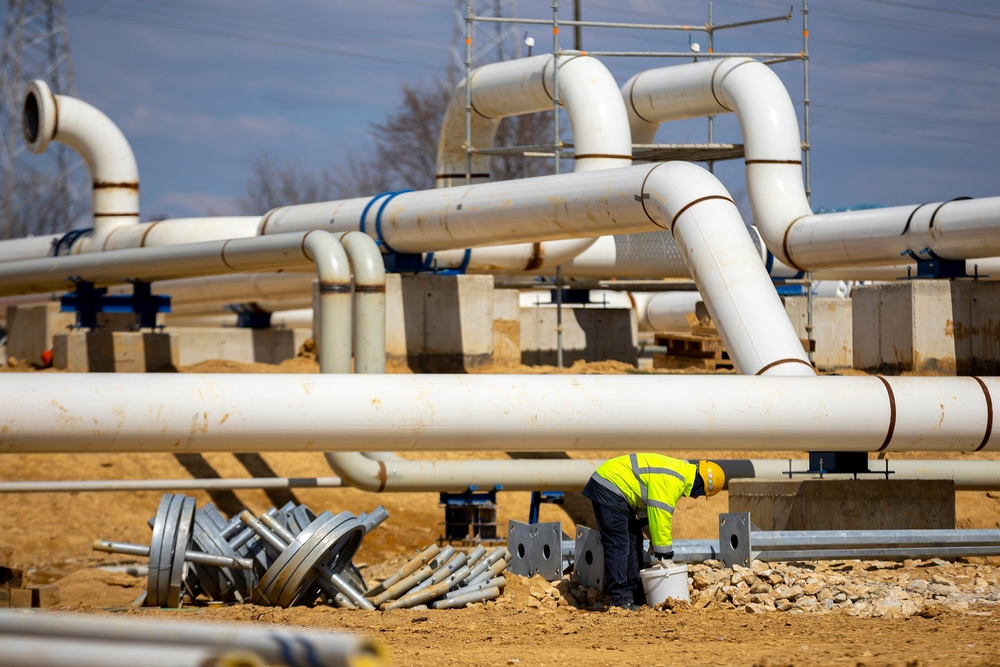 Natural gas futures closed higher last week primarily on expectations that declines in U.S. output will keep the amount of gas that utilities can inject into storage lower than usual in coming weeks. Prices were also boosted on steady demand for U.S. liquefied natural gas (LNG).

Gains were limited, however, by forecasts for milder weather and less demand in the United States over the next two weeks than previously expected.

Prices shot to their high of the week after Russia halted gas supplies to Bulgaria on Wednesday, but the move fizzled out after the weekly government storage report failed to excite traders.

Volatility was high last week as evidenced by Wednesday’s 41.7-cent rally in the expiring May futures contract, and Thursday’s 45.1 cent pullback in the June futures contract.

While the price action was volatile, it was also consolidating in nature, nonetheless, there was further evidence of “dip buying”, continuing a trend that began months ago.

With imports into Europe already showing signs of falling off recently, the prospect of a further drop-off in supplies should “keep a bid in prices as we progress into the summer” and spur demand for liquefied natural gas (LNG) imports into the continent, according to analysts at Tudor, Pickering, Holt & Co. (TPH).

Weekly EIA Data, Not too Bullish, Not too Bearish

On Thursday, the U.S. Energy Information Administration (EIA) reported a 40 Bcf injection into natural gas storage inventories for the week ending April 22, on par with estimates ahead of the report.

The five-year average injection for the period is 53 Bcf, while EIA recorded an 18 Bcf build in the year-earlier period.

Total working gas in storage as of April 22 was 1,490 Bcf, which is 406 Bcf below the same time last year and 305 Bcf below the five-year average, the EIA said.

Bespoke Weather Services called the EIA figure “loose”. However, it viewed the data, which was bearish to the five-year average injection, as likely a “one-off” given the data this week. It does not expect the balance reflected in Thursday’s report to be representative moving forward, according to NGI.

We could see some downside pressure this week due to favorable weather conditions and a recovery in production from recent freeze-offs. However, the longer-term picture points toward a market supported by strong LNG demand and speculation that a hot summer will make it difficult to refill the storage bins.

The upcoming weeks from mid-May through early June often feature the largest weekly storage injections of the year, according to EBW. This may provide an opportunity for the market to catch up to a lagging storage trajectory, with weekly storage builds potentially reaching the triple digits, according to the firm.

Looking well ahead, after the active injection period ends in June, rising weather-driven demand could make it nearly impossible to close the current storage gap. This will create the potential for strong rallies and much higher prices.