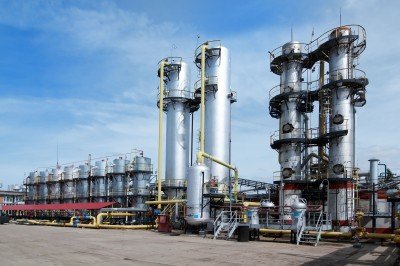 Natural gas futures continued their price slide on Wednesday after posting their biggest lost since January the day before. Bearish weather forecasts are the catalysts behind the price slide.

June Natural Gas futures settled on Wednesday at $3.283, down $0.032 or -0.97%. Prices are down about 6% this week as a surprise change in the weather models calls for mild temperatures over the next two weeks, leading to expectations of reduced demand.

The recent price action and last week’s surge gave the appearance that the market was ready to break out to the upside. This was highly unusual for this time of year when the market is usually making seasonal lows ahead of the summer cooling season.

Traders were also fooled by the weather because their focus has been on lower production and rising exports throughout the spring. Weather was an after-thought because temperatures have not been cold enough for heating demand and not hot enough for air-conditioning.

According to natgasweather.com, cooling is expected to push into the central U.S. late in the week, holding through the week-end. Cooler than normal conditions are expected to reach the eastern U.S. next week.

Technically and fundamentally, the current sell-off seems a bit excessive given the constructive chart pattern and the possibility of stronger-than-normal gas use. We blame this on heavy hedge and commodity fund liquidation due to their record long positions. This could be fixed today by a better-than-expected U.S. Energy Information Administration weekly inventories report.

As of May 12, total natural gas in storage currently stands at 2.301 trillion cubic feet. This is 13.9% lower than levels at this time a year ago but 12.0% above the five-year average for this time of year.