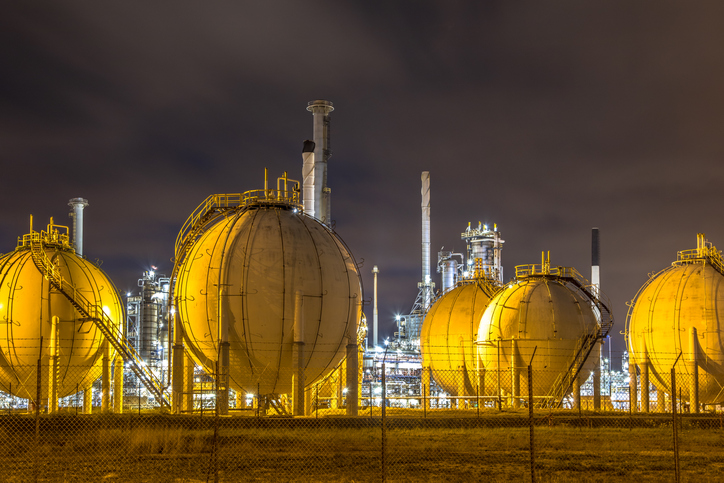 Natural gas futures gapped the previous session’s close on the opening on Monday, but remained inside Friday’s wide range. The price action suggests there was bullish weather news over the weekend – just enough to underpin the market, but not enough to resume the uptrend.

The potentially strong move follows a sell-off on Friday that was fueled by profit-taking ahead of the weekend and on the uncertainty over the length of the expected reprieve from the oppressive heat this week.

Additionally, some sellers are reacting to the possibility of additional supply over the short-run. According to NGI, Texas Eastern Transmission Co. (Tetco) notified shippers ahead of trading Friday that it had received approval from federal regulators to return its 30-inch diameter system to full operating pressure, with capacity expected to increase by roughly 0.5 Bcf/d starting in the coming week.

Bespoke said the move by Tetco would “have some impact on Henry Hub pricing specifically.” However, the firm doesn’t see the restored capacity “significantly affecting the supply/demand balance,” and anticipates a return of upward pressure on prices in August.

Production estimates held around 91.5 Bcf on Friday, shy of the 93 Bcf or higher that Bespoke has said may be needed to keep pace with demand that has been driven by both domestic cooling needs – particularly in the drought-stricken West – and robust levels of liquefied natural gas (LNG) activity. LNG feed gas volumes consistently approached 11 Bcf over the past week, putting export activity near capacity levels.

Despite last week’s weak performance at the end of the week, a bullish government inventory report reinforced concerns about supply/demand imbalance and the specter of anemic storage levels ahead of winter.

This combined with low production and strong LNG exports are enough to underpin prices or even make it attractive on dips, however, unless these fundamentals suddenly jump higher, the market is not expected to rise much above last week’s high unless the hot weather returns.

At the start of the week, the market is looking for the return of heat August 6-11, but today’s midday report could fuel an early start to the rally if its sees the hot temperatures returning earlier than expected.