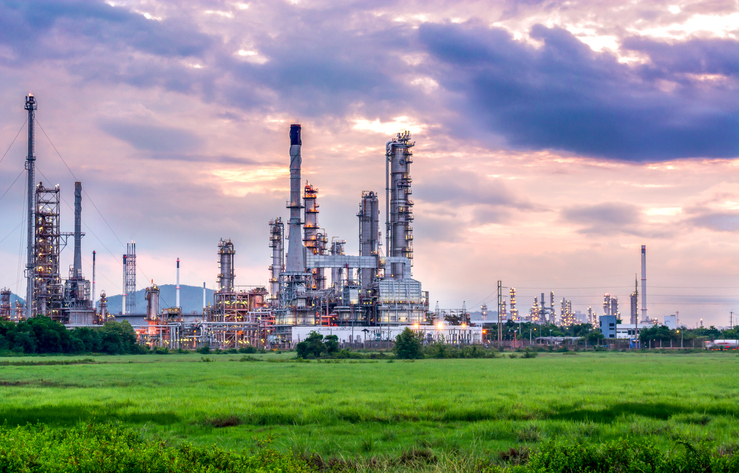 Natural gas futures are edging lower on Thursday as traders position themselves ahead of today’s government storage report, due to be released at 09:02 GMT. Prices are retreating after the market posted a surprise rally the previous session that was fueled by forecasts calling for a short-term cold snap.

Prices jumped on Thursday after the Global Forecast System model gained 10 heating degree days on further colder trends for April 14-20, putting it in better agreement with the European data, according to NatGasWeather. Both models see more impressive cold shots sweeping across the eastern two-thirds of the country for stronger demand for that period.

According to NatGasWeather for April 7 -13, “A very light demand pattern continues as strong high pressure rules much of the U.S. with highs of 50s to 70s across the northern U.S. and 70s and 80s across the southern U.S. Slightly cooler exceptions will occur from the Central Plains to the Great Lakes as a weather system brings showers, thunderstorms, and highs of 50s and 60s. Additional mild weather systems will track across the western and central U.S. this weekend into early next week with highs of 50s to 70s, while warm elsewhere with highs of 60s to 80s besides 90s in the Southwest deserts. Overall, very light demand this week.”

On the bullish side, LNG is holding near record highs. On the bearish side, production remains over 90 Bcf/day and there is very light national demand.

According to Natural Gas Intelligence (NGI), a Bloomberg survey of 10 analysts pegged this week’s injection between 16 Bcf and 28 Bcf, with a median build of 22 Bcf. A Reuters poll produced estimates ranging from injections of 10 Bcf to 26 Bcf, with a median increase of 21 Bcf. NGI’s model forecast the injection of 23 Bcf.

That compares with an increase in inventories of 30 Bcf during the same week a year ago and a five-year average injection of 8 Bcf, according to EIA.

The EIA reported last week that domestic supplies of natural gas rose by 14 Bcf for the week-ended March 26. Total stocks now stand at 1.764 trillion cubic feet, down 225 Bcf from a year ago and 36 Bcf below the five-year average, the government said.

Today’s EIA storage report may not garner much interest or trigger much of a reaction, given the wide range of guesses ahead of the report because trader focus has suddenly shifted to the cooler-than-normal pattern predicted for Mid-April.

How long the projected cooler-than-normal pattern seen for April 14-20 lasts is now of great interest, according to NatGasWeather. The GFS and the European model see cool eastern United States air slowly fading April 21-24, although changes are likely given the long lead time.